The following is the Tzemach Tzedek schedule for Shabbos Mevorchim Parshas Vayeishev:

Reminder: There will not be any Avos U'bonim program this Motzoei Shabbos (Dec 24) at the Tzemach Tzedek shul due to it being "Nittel Nacht".

A number of years ago, an incident happened, in Argentina, resulting with a Shochet’s (ritual slaughterer’s) life being saved because of the greeting “¿Cómo estás?” (“How are you?”)

A group of these Shochetim (ritual slaughterers) were leaving the abattoir late one afternoon, passing the guard’s hut, when all of a sudden one of the guards called out “Isn’t one of you fellows missing?” They looked around and realized that indeed one of their group was not with them. They went back to find him, but only after an extensive exhaustive search did they locate him trapped in the huge walk-in freezer. He had entered the freezer to put away some meat packages at the end of the day only to find that the lock of the freezer door was broken and would not open from the inside. He was trapped inside, but found just in time, thank G-d. Everyone realized that he would have never survived the night in that freezer.

The next day, the manager asked the guard: “I’m really curious. How did you know that the Rabbi was still inside the plant?”

In this week’s Torah reading Vayeishev (Bereishis [Genesis] 37:1-40:23), we read the dramatic story of Joseph - the multicolored coat, the sibling rivalry in Jacob’s family, and Joseph’s descent to Egypt, sold into slavery. After being framed by his master’s wife, Joseph finds himself incarcerated in an Egyptian jail. There he meets the Pharaoh’s butler and baker, and correctly interprets their respective dreams. Later, when Pharaoh himself will be perturbed by his own dreams, the butler will remember Joseph, and Joseph will be brought from the dungeon to the royal court. His dream analysis will satisfy the monarch, and the young Hebrew slave boy will be named viceroy of Egypt. And the rest is history. How did Joseph’s salvation begin?

It began with the imprisoned Joseph noticing that the butler and baker were looking depressed. “And Joseph came to them in the morning and he saw them, and behold, they were troubled. He asked Pharaoh’s officials.  ‘Why do you look so bad today?’” (Genesis 40:6–7). They tell him about their disturbing dreams, he interprets the dreams correctly, and again, the rest is history.

But why did Joseph have to ask them anything at all? Why was it so strange to see people in prison looking sad? Surely depression is quite the norm in dungeons. Wouldn’t we expect most people in jail to look miserable?

According to the Lubavitcher Rebbe, the answer is that Joseph was exhibiting a higher sense of care and concern for his fellow human beings. Torn away from his father and home life, imprisoned in a foreign land, he could have been forgiven for wallowing in his own miseries. Yet, upon seeing his fellow prisoners looking particularly unsettled, he was sensitive enough to take the time to inquire about their well-being. In the end, not only did he help them, but his own salvation came about through that fateful encounter. Had he thought to himself, “Hey, I’ve got my own problems, why worry about them?” he might have languished in prison indefinitely. Sometimes, says the Rebbe, a simple “How are you today?” can prove historic. In Joseph’s case, it changed Jewish history!

This forthcoming week will be the beautiful holiday of Chanukah, beginning this Shabbat eve (December 24, 2016). The Chanukah lights lend particular emphasis to this teaching. Every night of Chanukah a new light must be added, for one’s Mitzvah observance should always be in ascendancy. What may have been adequate for yesterday needs additional input and light for today! Preferably one should not observe the Mitzvah today with the same devotion as yesterday; he must increase his commitment and involvement.

Let us indeed strive to improve and enhance our interpersonal relationships. Who knows? It may not only change other’s lives, but perhaps even our own!

May you have a meaningful and uplifting Shabbos


and a joyous and illuminating holiday of Chanukah!
No comments:

This past Motzoei Shabbos, Parshas Vayishlach, the Rockland County Community once again celebrated Yud Tes Kislev with a gala Melava Malka, organized by Heichal Menachem of Monsey. The Melava Malka was attended by prominent Rabbonim and drew a diverse crowd of hundreds of people, representing the entire spectrum of Yidden, all in their yearning and appreciation in this turbulent era, for Avodas Hashem as it is illuminated via Chassidus.

The program was organized by its director, R' Dovid Oberlander, son of its founder and Rov Rabbi Gedalia Oberlander. Rabbi Aaron Dovid Gancz shared some opening remarks and chaired the rest of the evening,followed by noted Rosh Yeshiva and Mashpia Harav Hachossid Rav Leima Wilhelm, who also gives a weekly shiur in Heichal Menachem. The peak of the event, were the riveting and thought provoking Divrei Hisorerus presented by the world renowned Rosh Yeshiva of Ohr Elchanan – Chabad, Los Angeles, elaborating on the importance of learning Chassidus.

As in the past, hundreds flocked to buy Chassidishe Seforim, drastically reduced in price for this unique occasion, especially those of the Maggid and the Alter Rebbe, as well as the brand new volume of Chassidus Mevueres - Tanya. "Chaim Shel Simcha," a collection of the teachings of the Frierdike Rebbe and the Rebbe, on how to serve Hashem with true Simcha. Throughout, the evening was enhanced with various Chassidishe niggunim, by the Rabin brothers, inspiring and lingering on as the evening concluded in spontaneous dance late into the night followed by a Chassidishe farbrengen. 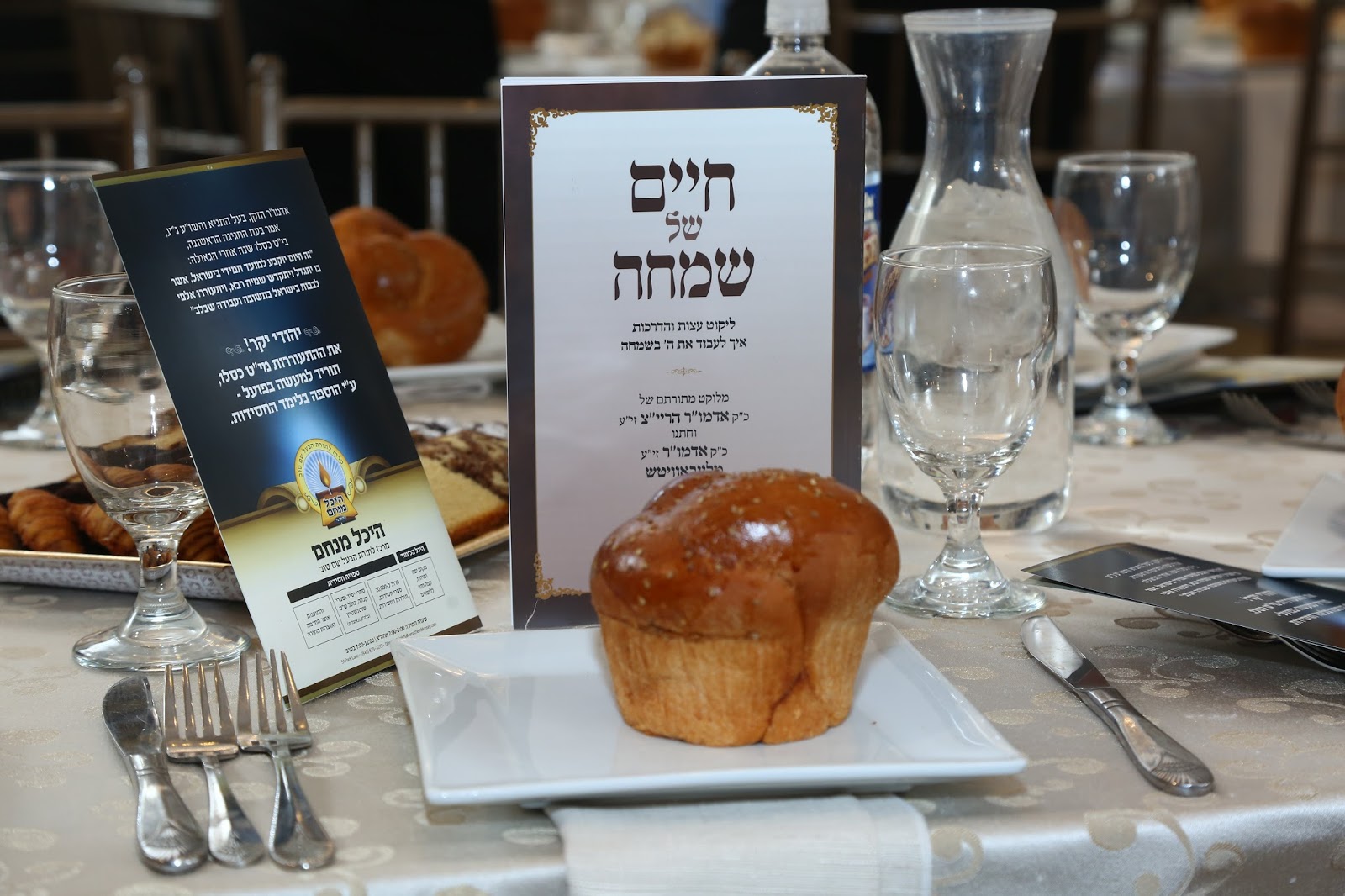 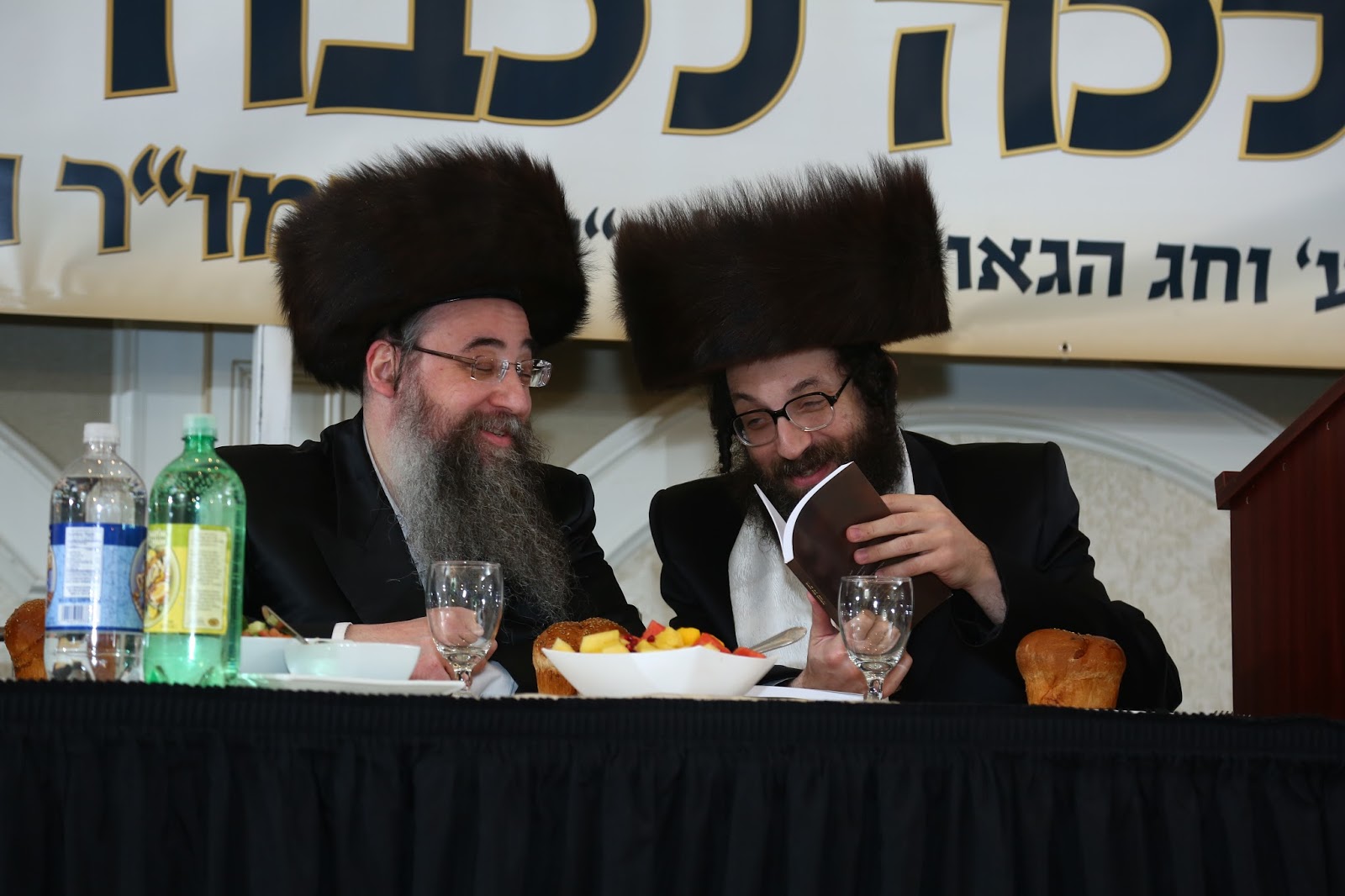 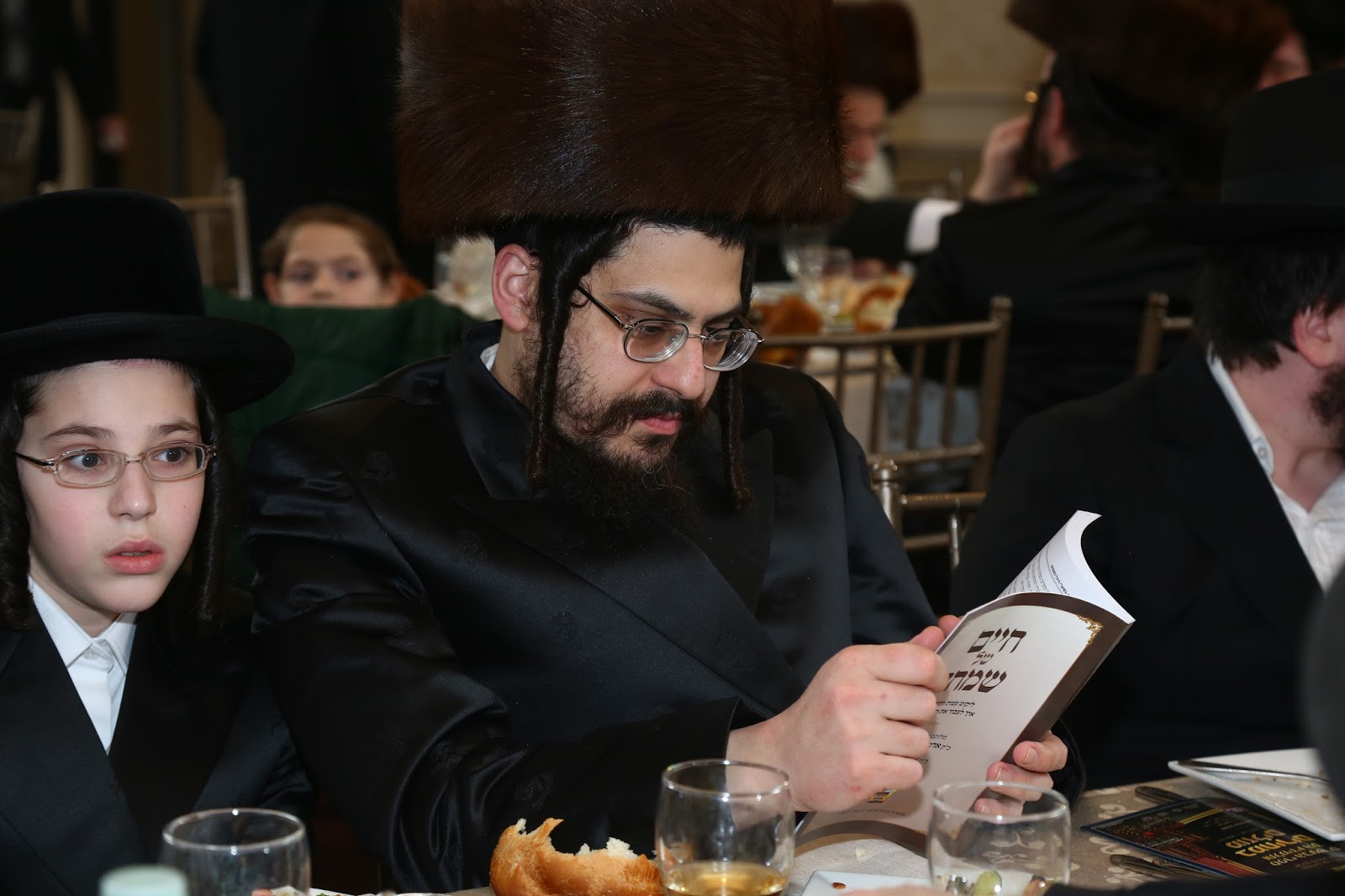 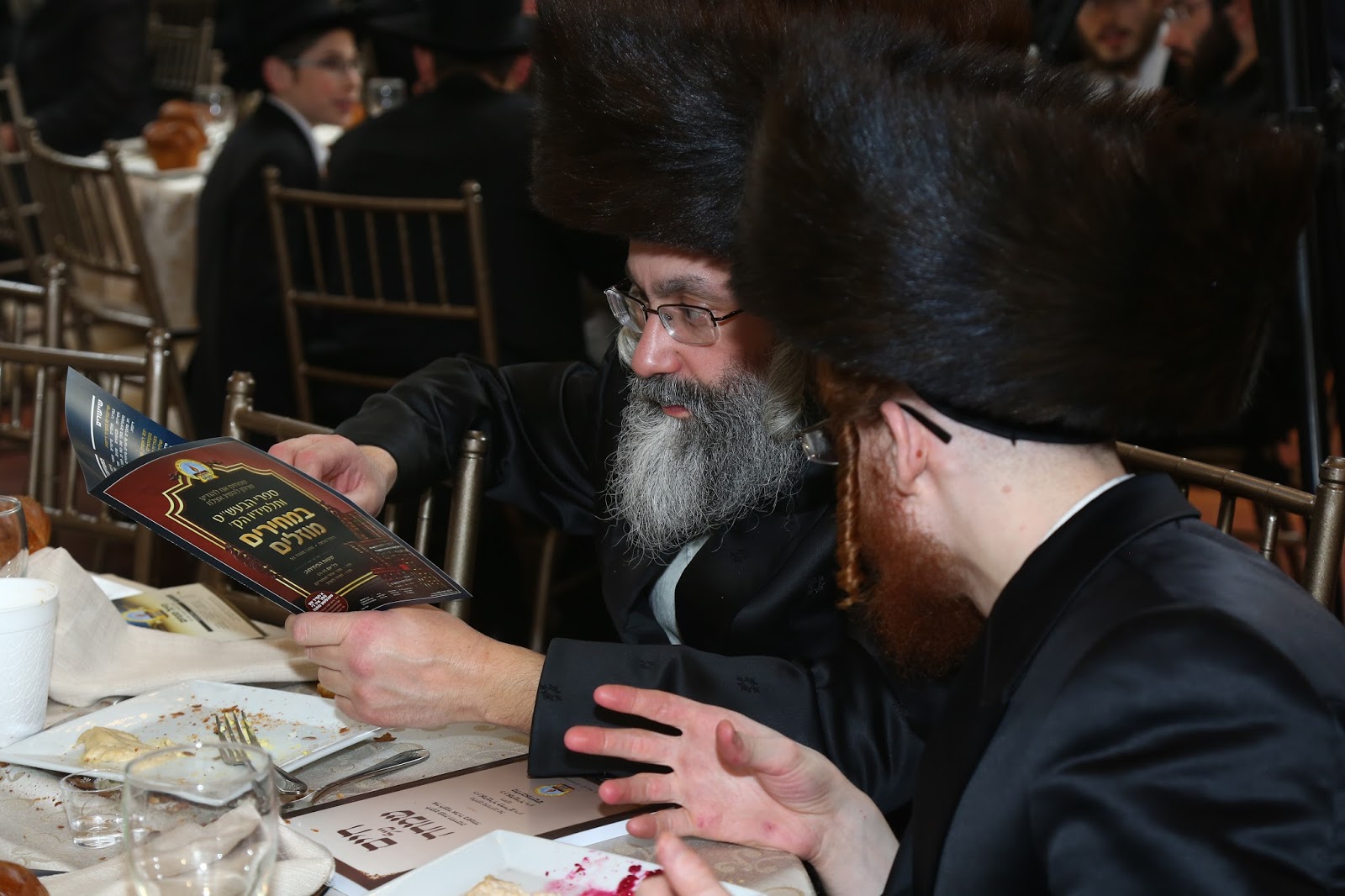 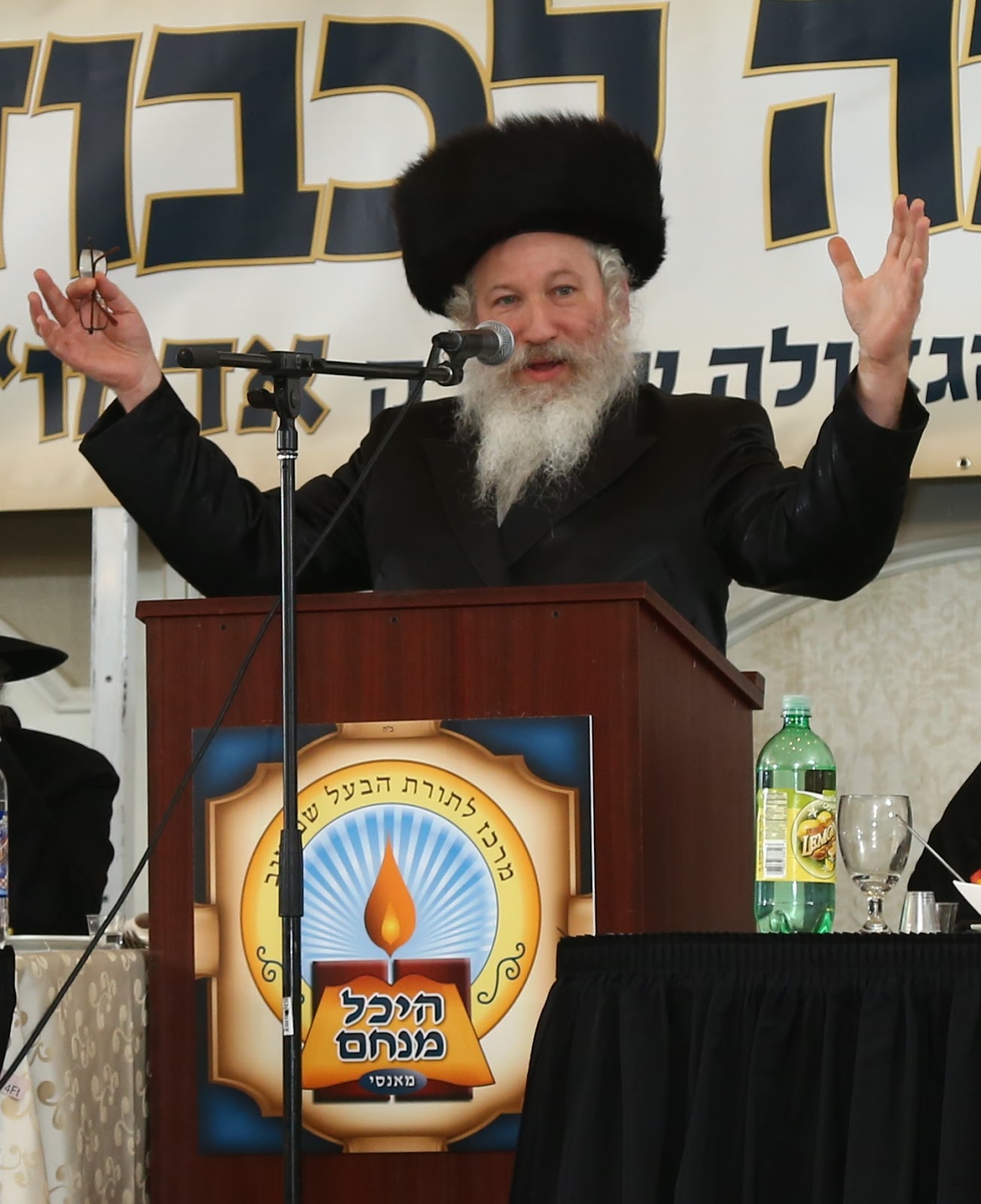 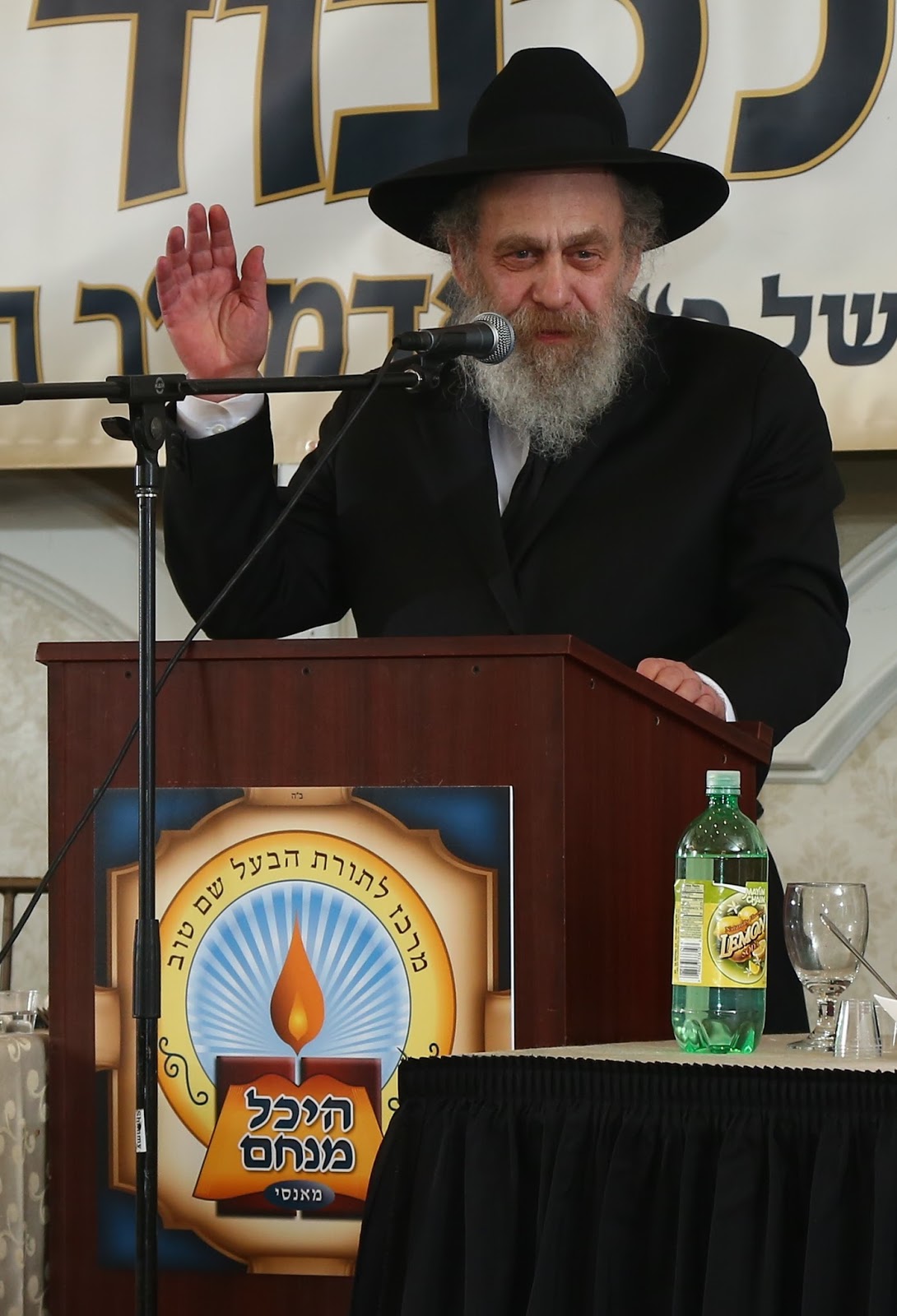 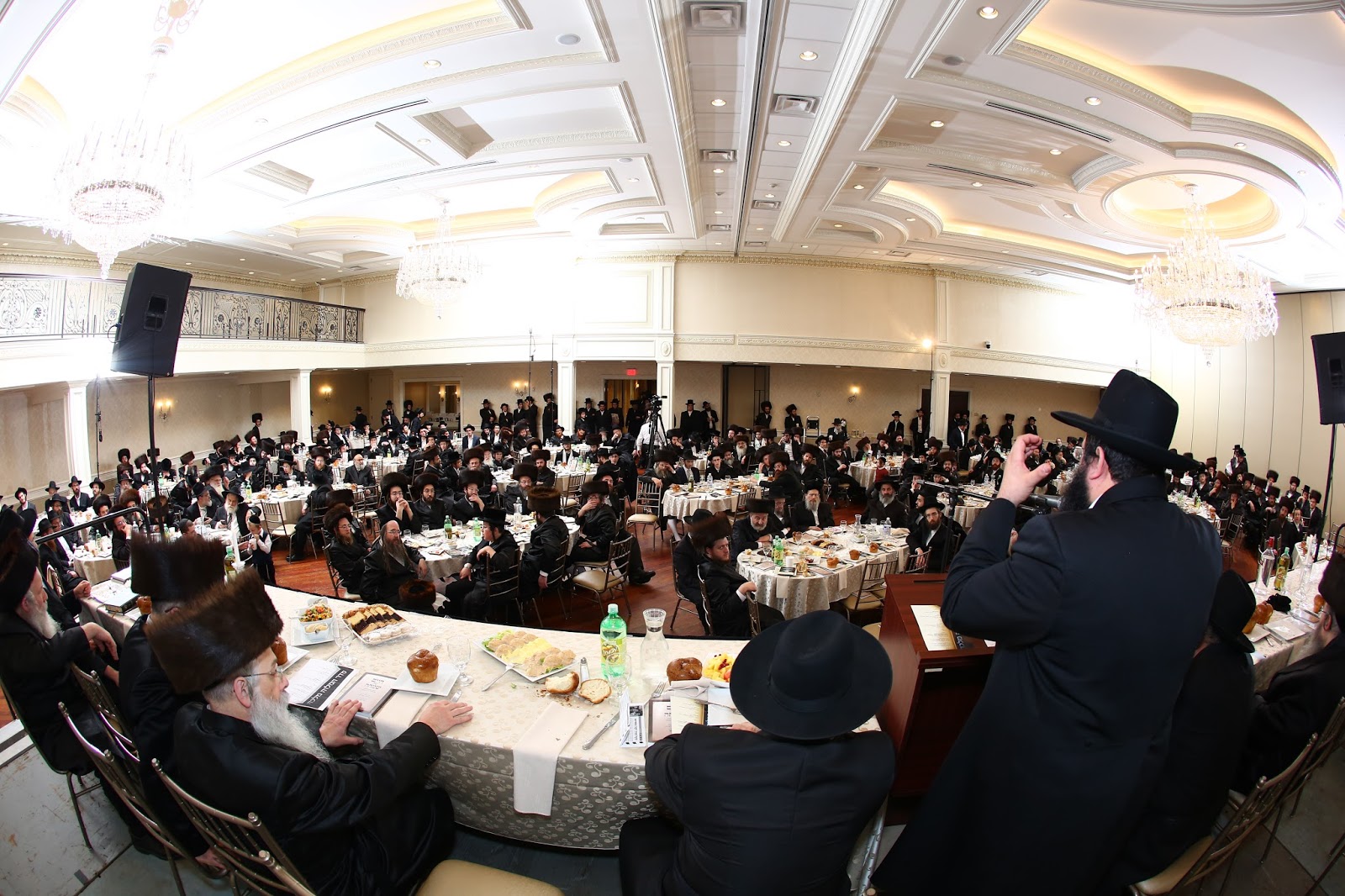 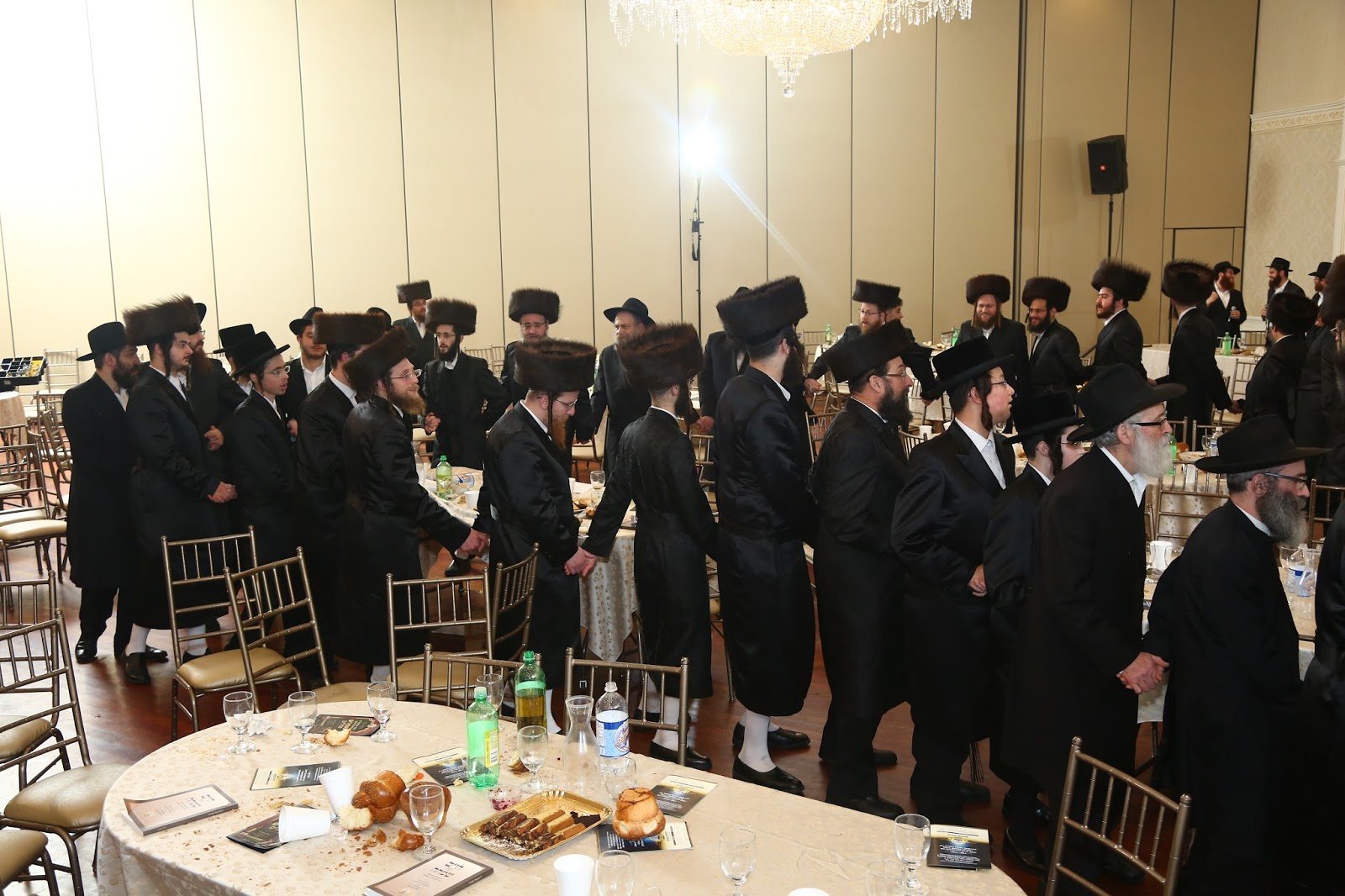 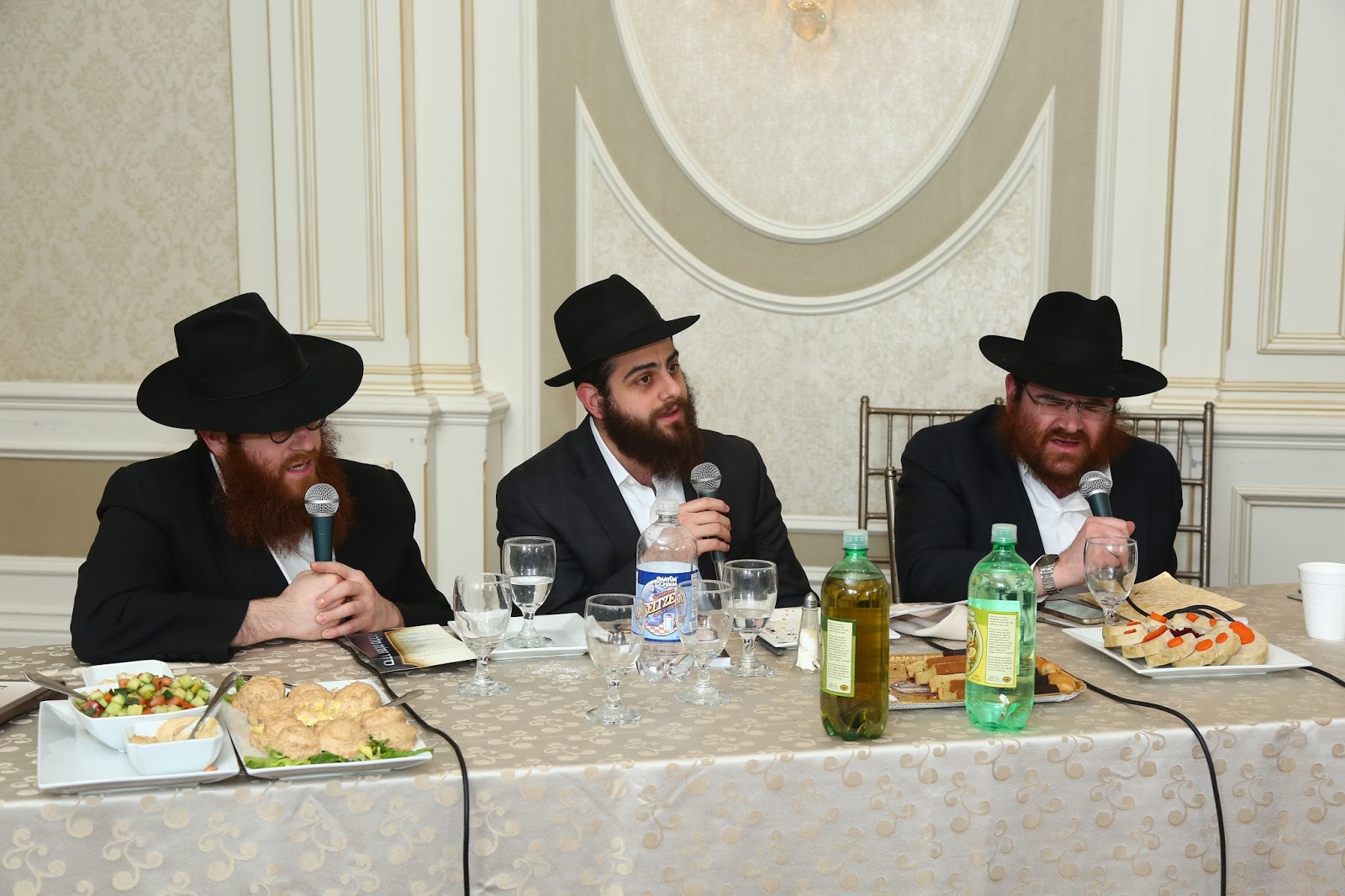 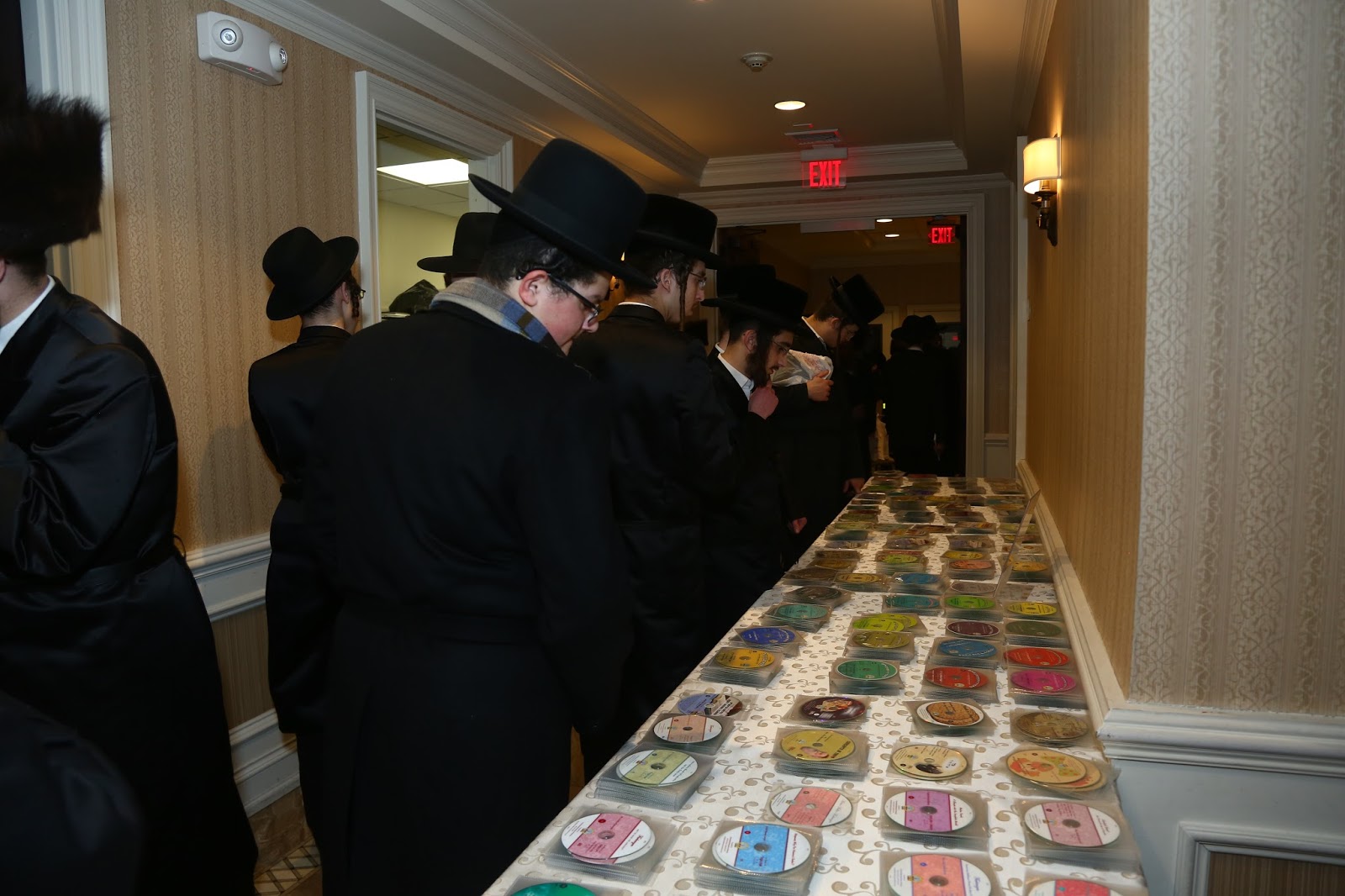 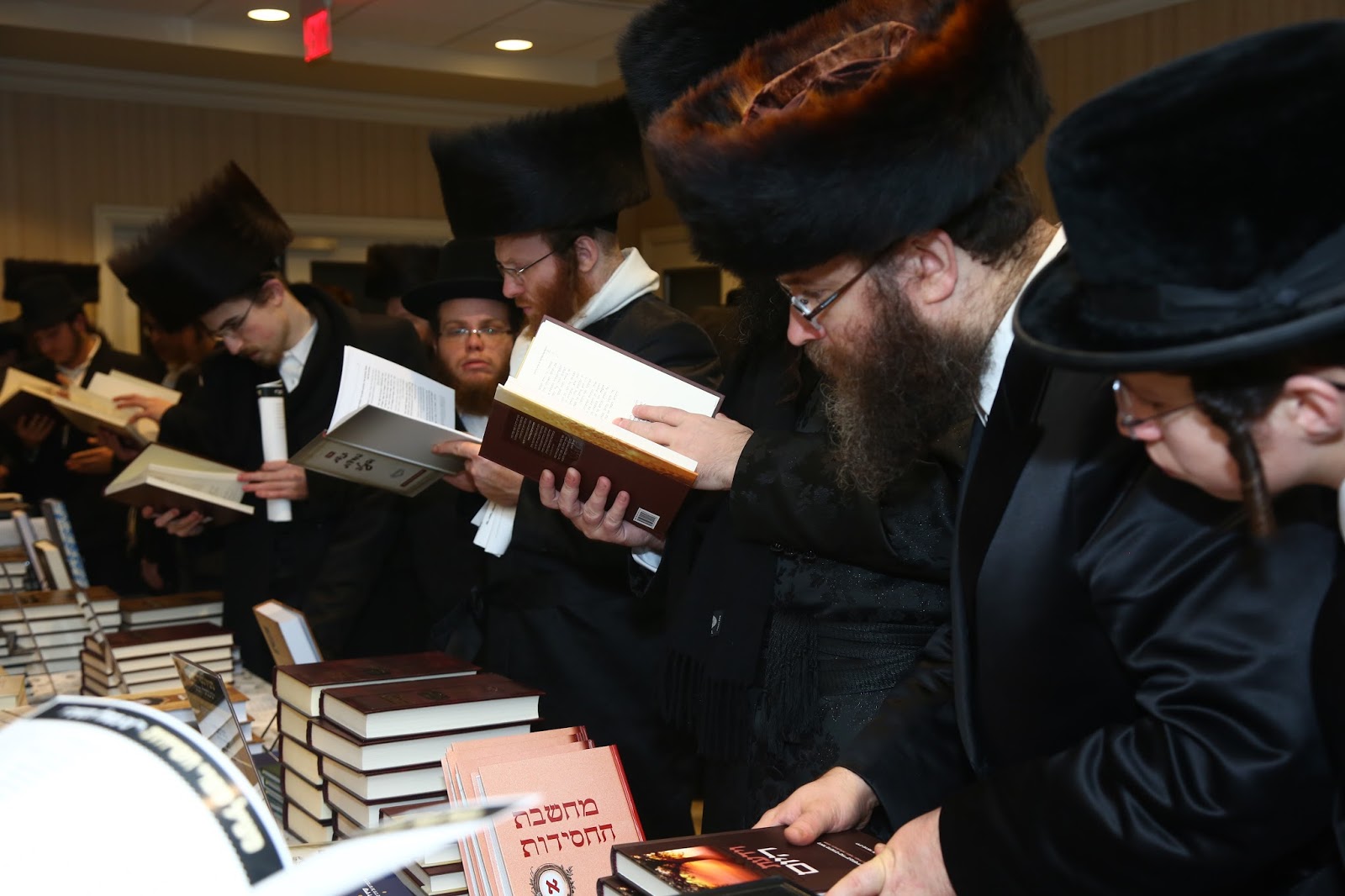 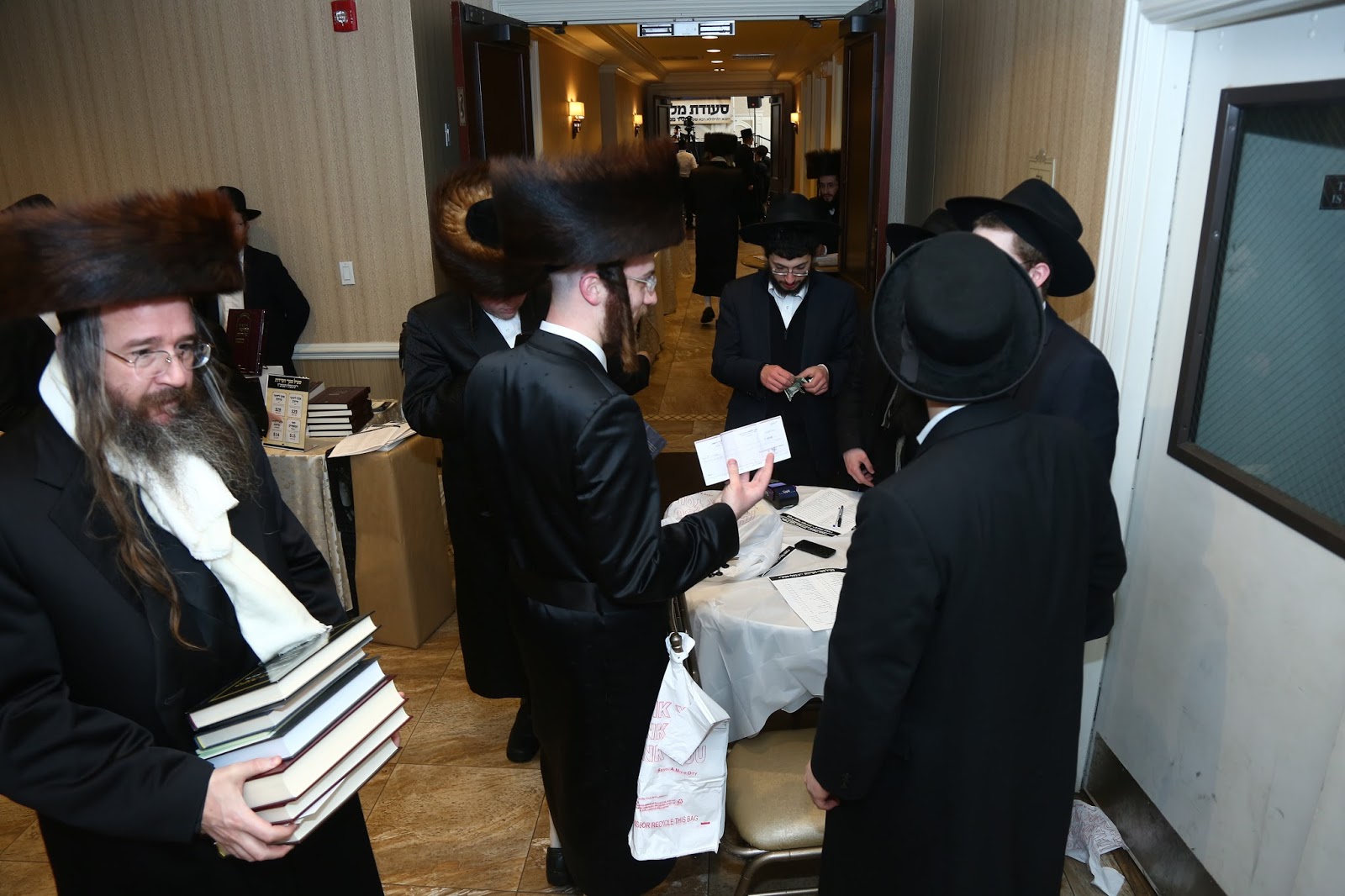 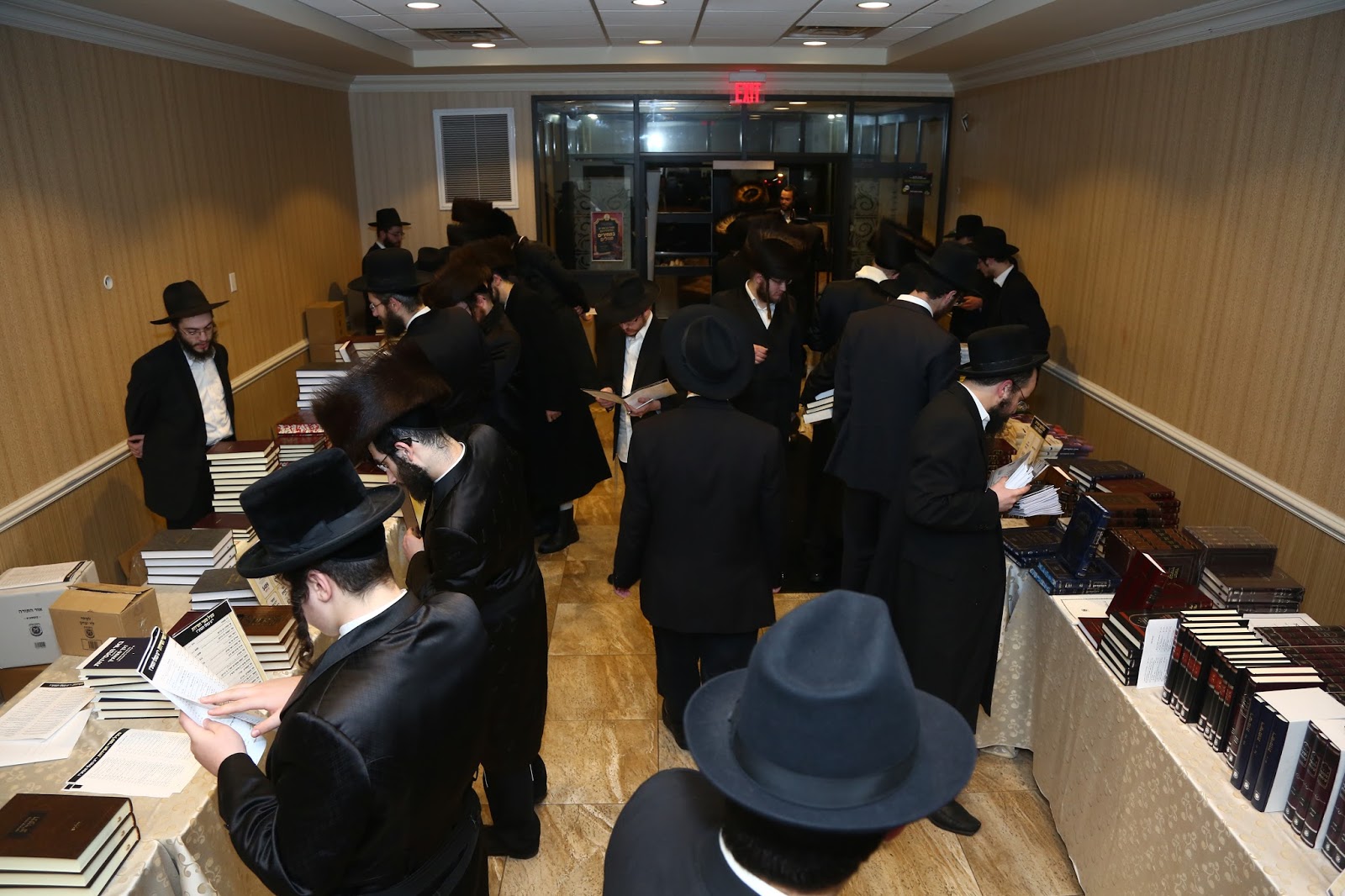