Mazel tov to Leib Schaeffer and to Chaya Schaeffer and family on the engagement of their daughter Mushka to Mendy Parnas of Crown Heights.

The L'chaim will take place אי"ה on Sunday, November 20th, at 8 p.m. at Lubavitch Yeshiva, 570 Crown Street.
No comments:

Mazal Tov to Yitzchok and Yehudis Abramowitz on the birth of a grandson to Rabbi Moshe and Naomi Chaya Naiditch of Yerushalayim!
1 comment:

New Season of Avos U'Bonim Kicks Off at Tzemach Tzedek

The new winter season of Avos U'bonim kicked off this past Motzoei Shabbos Parshas Lech-Lecha at the Tzemach Tzedek Shul in Monsey.

Over 60 boys with their fathers participated in a beautiful program of learning, Psukim, raffles and a Chassidishe Ma'seh! Yasher Ko’ach to Rabbi N. Bronstein and family for sponsoring the refreshments after the learning.

"It was a beautiful sight to behold", commented many of the fathers. "It is indeed true Yiddish nachas to see so many kinderlach and their fathers learning together”

Boys from all over Monsey, Spring Valley and other suburbs including students of the Cheder from Westchester, NY participated that evening.

We hope to see everyone back again for all the forthcoming Avos U'bonim programs. 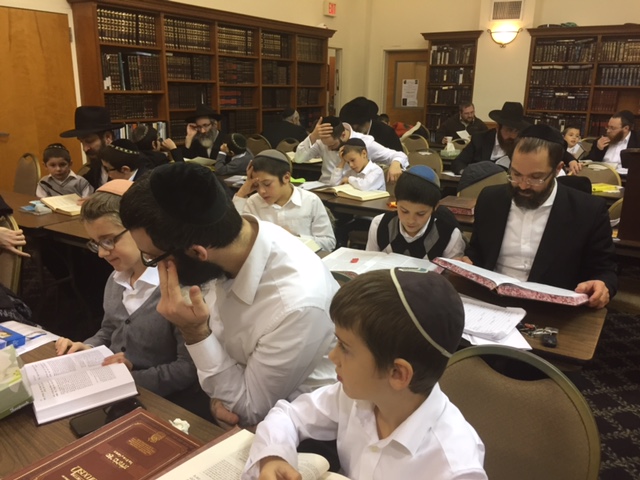 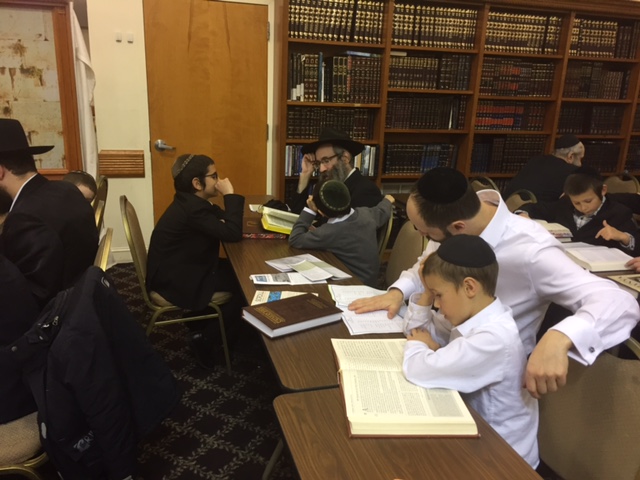 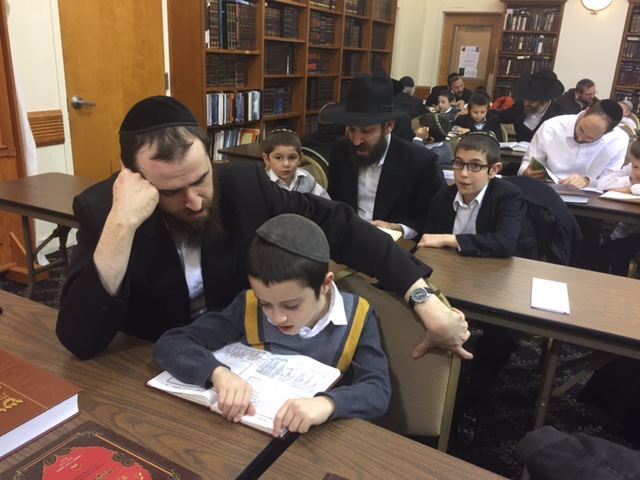 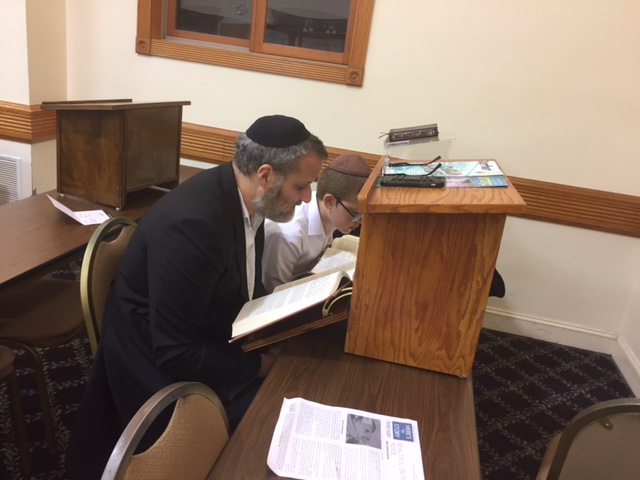 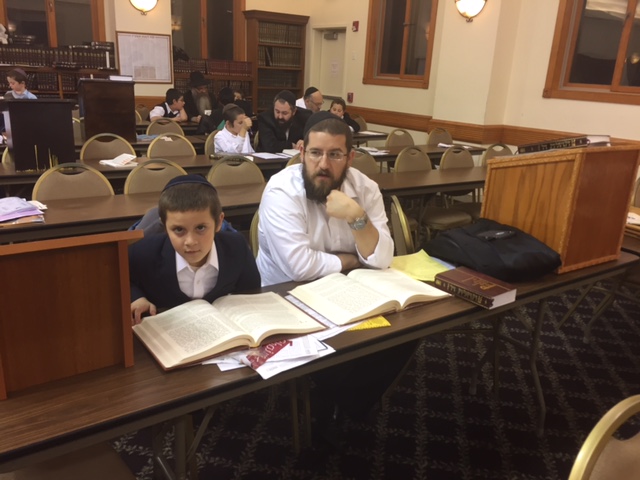 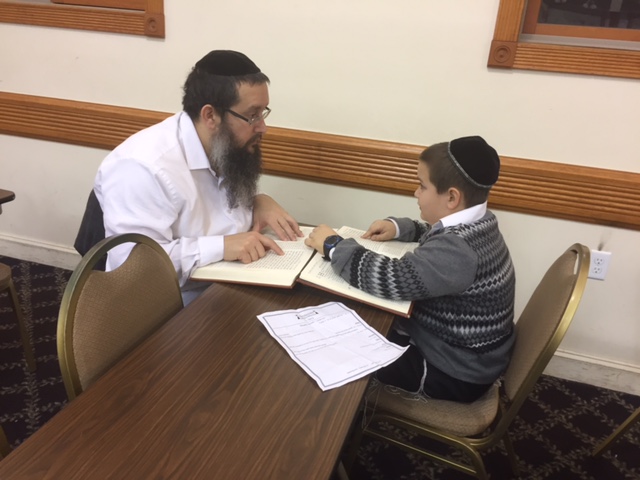 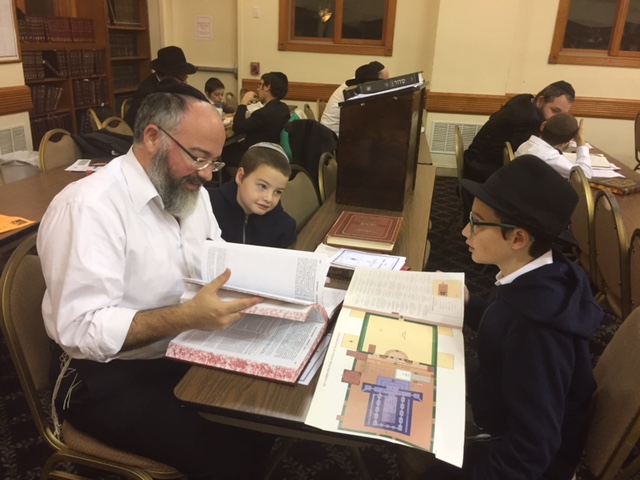 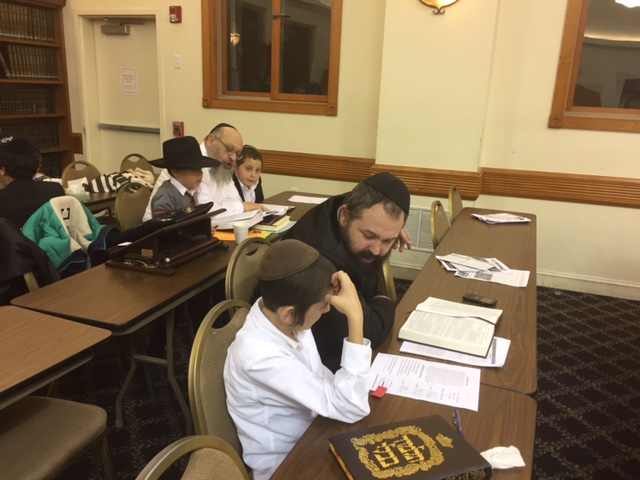 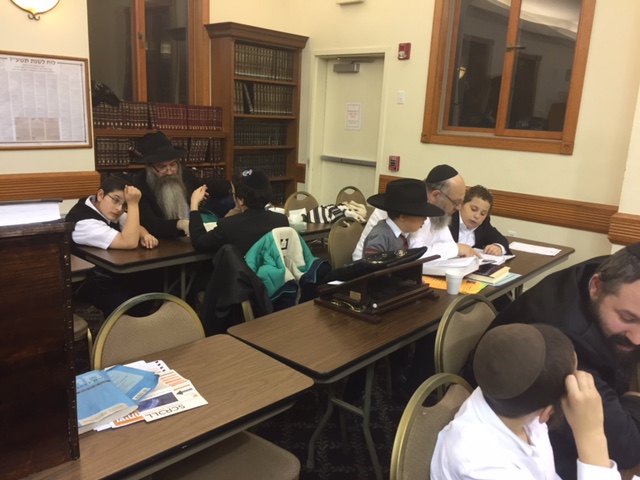 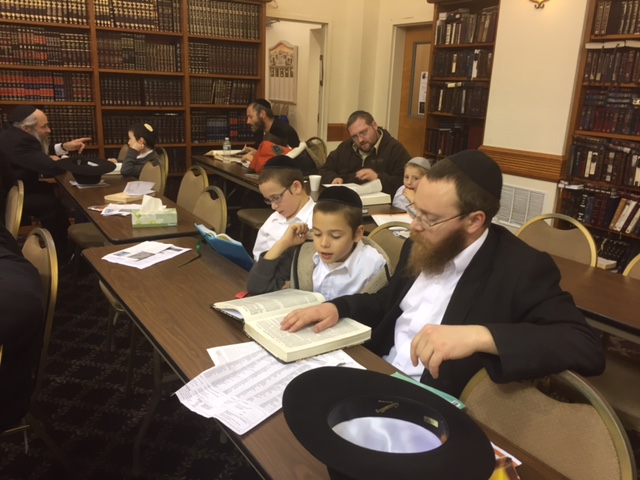 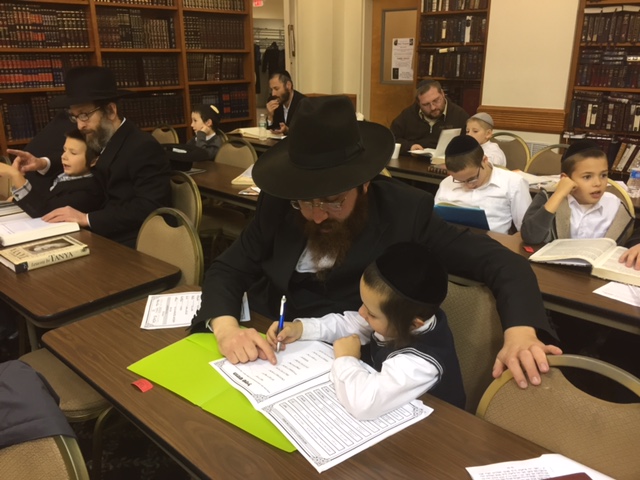 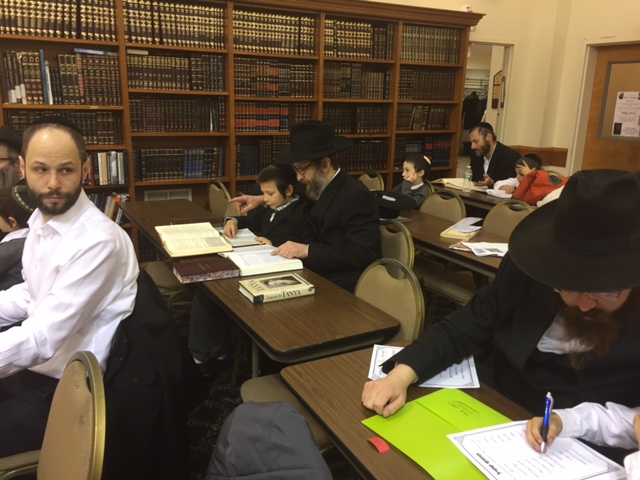 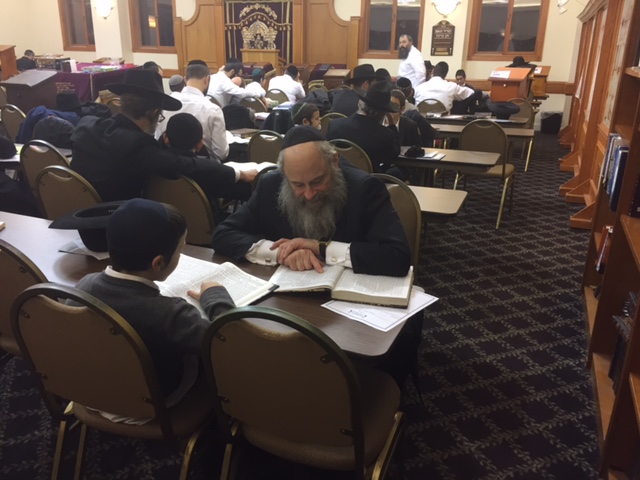 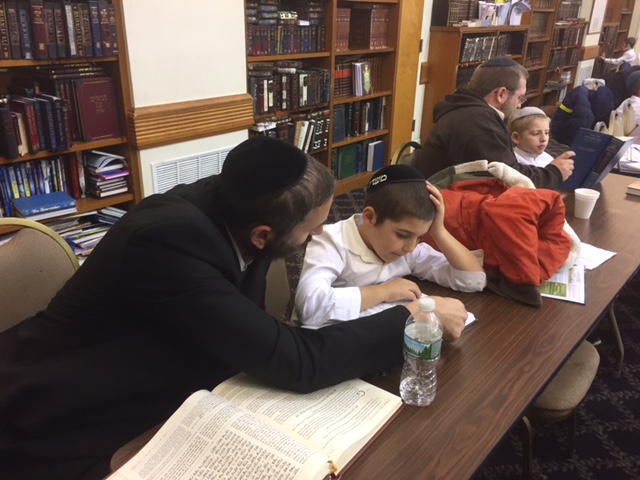 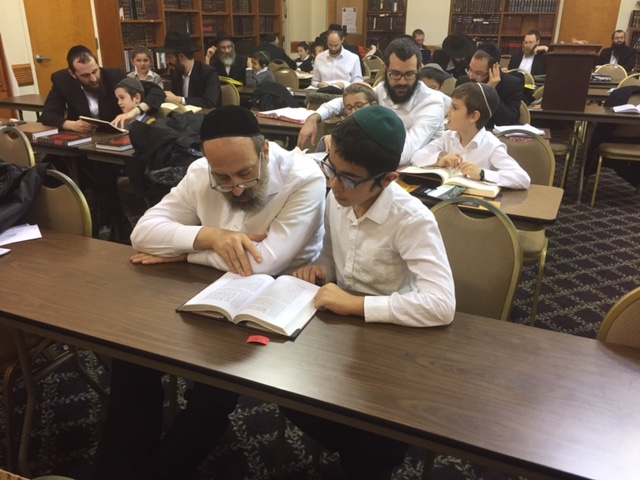 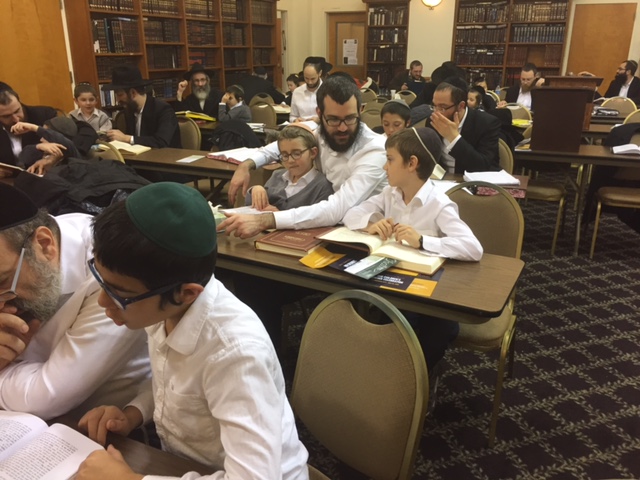 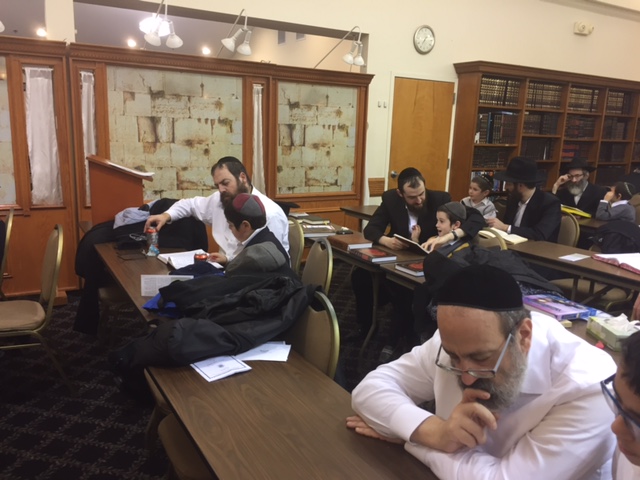 The following is the Tzemach Tzedek schedule for Shabbos Parshas Vayera:


In our Torah portion this week Vayeira (Bereishis [Genesis] 18:1-22:24) it says: And G-d said: "...Abraham shall be a great people... Because I know him, that he will command his children and his household after him that they shall keep the way of G-d, to do Tzedoka and justice" (Genesis 18:17-19)

Instead of charity, the Jew gives tzedakah, which means "righteousness" and "justice." When the Jew contributes his money, time and resources to the needy, he is not being benevolent, generous or "charitable." He is doing what is right and just.

The story is told of a wealthy chassid who once received a letter from his Rebbe, Rabbi Abraham Yehoshua Heshel of Apt, requesting him to give 200 rubles to save a fellow chassid from financial ruin. The wealthy chassid regularly contributed to his Rebbe's charitable activities, but this particular letter arrived at a financially inconvenient time and contained a request for an exceptionally large sum; after some deliberation, the chassid decided not to respond to the Rebbe's request.

Shortly thereafter, the chassid's fortunes began to fall. One business venture failed badly, and then another; before long he had lost everything.

"Rebbe," he cried, when he had gained admittance to Rabbi Abraham Yehoshua's room, "I know why this has happened to me. But was my sin so terrible to deserve so severe a punishment? And is it right to punish without warning? If you would have told me how important it was to give those 200 rubles, I would have carried out your instructions to the letter!"

"But you haven't been punished in any way," replied the Rebbe.

"What do you mean? All my wealth has been taken from me!"

"Nothing that was yours was taken from you," said the Rebbe. "You see, when my soul came down to earth, a certain amount of material resources were allotted to me for use in my work. However, my days and nights are taken up with prayer, the study and teaching of Torah, and counseling those who come to me for guidance; leaving no time for the task of managing all that money. So these resources were placed in the trust of a number of "bankers" - people who would recognize their duty to support my work. When you failed to carry out your role, my account with you was transferred to another banker."

The Jew believes that material wealth is not a crime, but a blessing from G-d. One who has so been blessed should regard himself as G-d's "banker" - one who is privileged to have been entrusted by the Creator with the role of dispensing the resources of His creation to others.

G-d could have allotted equal portions of His world to all its inhabitants. But then the world would have been nothing more than a showpiece of G-d's creative powers, predictable as a computer game and static as a museum display. G-d wanted a dynamic world - a world in which man, too, is a creator and provider. A world in which the controls have, to a certain extent, been handed over to beings who have the power to choose between fulfilling or reneging on their role.

Thus Jewish law requires every individual to give tzedakah, even one who is himself sustained by the tzedakah of others. If the purpose of tzedakah were merely to rectify the unequal distribution of wealth between rich and poor, this law would make no sense. Tzedakah, however, is much more than that: it is the opportunity granted to every person to become a "partner with G-d in creation."

Giving tzedakah is, above all, a humbling experience. Before us stands a human being less fortunate than ourselves. We know that G-d could have just as easily provided him with everything he requires, instead of sending him to us for his needs. Here is a person who is suffering poverty in order to provide us with the opportunity to do a G-dly deed!

By the same token, if divine individual providence places us on the receiving end of a charitable act, we need not be demoralized by the experience. For we know that G-d could have just as easily provided us with all that we need Himself, and that our need for human aid is merely in order to grant another person the ability to do a G-dly deed. Our "benefactor" is giving us money or some other resource; we are giving him something far greater - the opportunity to become a partner with G-d in creation.


May you have a meaningful and uplifting Shabbos!!