The Farbrengen started with Master of Ceremonies Rabbi Yossi Krasnianski welcoming all of Anash to the event and Rabbi Boruch D. Lesches Mara D'asra of Tzemach Tzedek giving over warm divrei bracha.

He was then followed by the guest speaker, Rabbi Isser Zalman Weisberg of Lakewood, NJ, who kept the crowd at the edge of their seats as he recounted his fascinating journey to Chabad from the Litvishe Torah world. Rabbi Weisberg spoke about his tremendous hakoras hatov to the Rebbe who personally guided and encouraged him on a regular basis for many years until he fully developed his learning and writing skills to present the Rebbe's Torah in prestigious Torah publications. He concluded by sharing his perspective on the Rebbe's famous directive to bring Moshiach by using oros detohu bekeilim detikkun.

One yungerman commented, it's so refreshing to come to such a down-to-earth, genuine and "real" farbrengen which combined relevant guidance with so much inspiration.

The Farbrengen would not have been made possible without the organization of Rabbi Zalmen L. Markowitz and R' Yona Abenson, as well as the assistance of Hirshel Rosenbluh, Mendy Glick, Mendel Sandhouse and other anonymous people that greatly assisted in putting the event together. A special thanks goes to Shmuli Niasoff for putting together the audio and visual.

And last but not least, thanks to all the donors who made this event happen, starting from all of the local Chabad Shuls participating in the Farbrengen - Tzemach Tzedek, Beis Menachem, Beis MM Lubavitch of Pomona and Anash of Airmont. 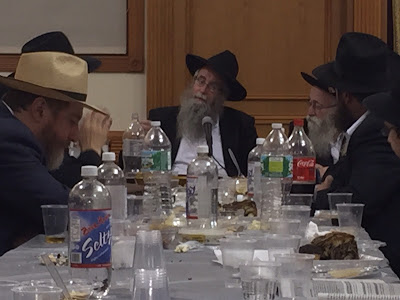 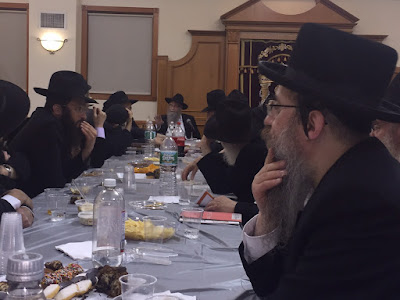 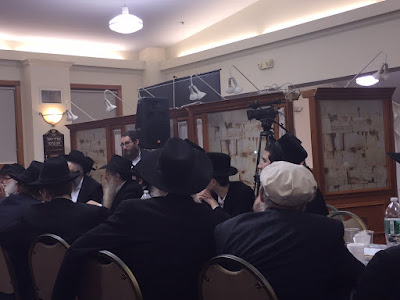