Isaac was forbidden to leave the Holy Land, because he was consecrated to G‑d when Abraham offered him as a sacrifice on Mt. Moriah. Abraham, however, wasn’t willing to consider a Canaanite girl for Isaac, so he sent his faithful servant Eliezer to his own hometown of Aram Naharaim (modern-day northern Syria) to find a suitable girl for Isaac. Eliezer successfully discharged this mission and returned to Canaan with Rebecca.

This week's Parshah Chaye Sarah (Bereishis [Genesis] 23:1-25:18) relates the entire account of Eliezer’s mission in great detail, repeating entire segments of the story several times. Generally speaking, the Torah is “stingy” with words; many laws of the Torah are derived from a seemingly superfluous word, or even an extra letter. The Midrash therefore concludes that “beautiful are the words of the servants of the Patriarchs more than the Torah of their children.”

What is so special about the “words of the servants of the Patriarchs”? What is the lesson the Torah wants us to derive from Eliezer’s mission?

One characteristic of Eliezer’s mission which is quite blatant is his tremendous focus. When he arrived in Aram Naharaim, he didn’t first go around town to see the local attractions. In fact, he didn’t even check in to the local Hilton to rest from his journey. Instead, he went straight to work, immediately starting the search for Isaac’s future wife. Even after he found Rebecca and deemed her worthy for his master’s son, he still didn’t allow himself to relax. When he was invited to Rebecca’s home, and the entire family sat down to eat, he proclaimed, “I will not eat until I have spoken my words . . . I am Abraham’s servant . . .”

Because he was so focused on his duty, constantly aware that he was merely an envoy of Abraham, he realized that he had all of Abraham’s miraculous powers at his disposal. Therefore, instead of hiring a private investigator to find the best and most virtuous girl in town, he went to the well and beseeched G‑d for a sign from heaven which would identify the right maiden. And he succeeded. When Rebecca’s family requested that she be given several months to prepare herself for marriage—a seemingly reasonable demand—Eliezer responded: “Do not delay me. . . Send me away, and I will go to my master.” And he got his way. He didn’t feel compelled to comply with societal norms or standards; he knew that his mission would succeed even if he were asking for the (seemingly) impossible.

We, too, are emissaries. We were sent to this world by the Al-mighty to create a marriage, to bring together two opposites - Creator and creation. We can and will accomplish this task, because we go not with our own powers, but with the G‑dly powers which G‑d invested within us in order to accomplish this feat. We can transform ourselves, our families and acquaintances, and indeed all of creation into spiritual entities, suitable to be G‑d’s bride. We must, however, always remain focused on the mission. We must always have proper priorities, always remembering what is really important in life.

This is the lesson we learn from Eliezer, a lesson the Torah deems worthy of repeating several times.

Please save the dates:

The Ramapo Police Department is investigating a suspicious incident that occurred on November 10th, where a 15 year old girl was approached by a man at 5:45pm while walking home from a school bus stop at the corner of 306 and Kentor Lane.

A man driving a small white pickup truck with a large dent over the passenger side wheel well reportedly motioned and asked the girl to get into the vehicle.  The girl did not and is safe.  The man is described as clean shaven, Hispanic, very thin hair (almost bald), and with an average build.

Please keep your children safe and warn them about these types of dangers.

If you have any information that could help the Ramapo Police identify the driver, please call 845-357-2400.

House for Sale in Pomona

New on the market! Prime property for sale in Pomona on a private cul-de-sac.

This home is located in a great location with 3,000 square feet of living space and a full finished basement.

Call your local Realtor Sima Abenson to schedule a viewing.  For other listings and general questions, please call 718-877-8745 or email sabensonrealtor@gmail.com. 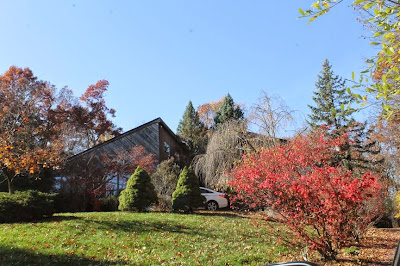 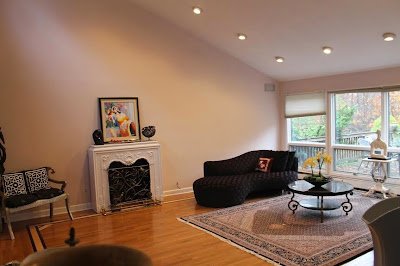 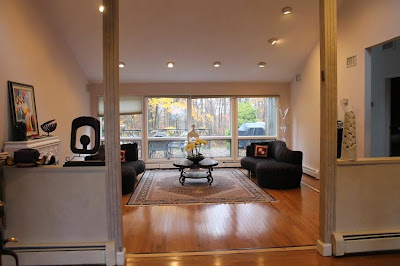 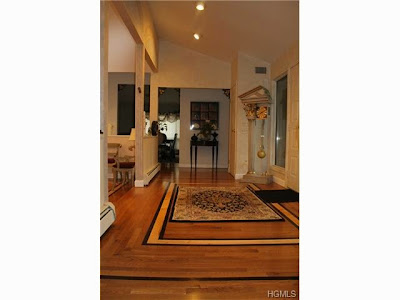 Mazel tov to Shmuel and Michal Rimler on the birth of a baby boy!

Shifra and Puah arranges meals for mothers of newborn children in our community. If you are able to cook a meal, please sign up on MealTrain or contact Karen Schild at 845-354-4898 or karenschild@yahoo.com.