“Two things are infinite: the universe and human stupidity; and I'm not sure about the universe”. (Albert Einstein)

In the holy city of Safed, next to the old cemetery, sits a humble structure, known as the “Arizal’s mikvah.” The small building houses a ritual bath which, according to tradition, was used by the master kabbalist Rabbi Isaac Luria (1534–1572, known as the “Arizal”), who would immerse himself in its waters before praying and studying.

This particular mikvah (ritual pool) is actually an underground stream; its waters are ice cold. But considering this  mikvah’s  illustrious history, many consider it a special privilege to brave the cold. In fact, tradition has it that anyone who dips in its waters will certainly repent before passing on.

So, the story is told of a father who takes his son before his bar mitzvah to dip in the frigid waters. The son enters the water and screams, “Oy! This is cold.”

He quickly immerses and jumps out, straight into the warm towel his father is holding in his extended hands. “Aaaah!” said the boy, “this feels good!”

This story comes to mind when reading this week‘s Torah Portion of Nasso (Bamidbor (Numbers) 4:21-7:89), in the section there  (5:12-31) that discusses the woman suspected of having been unfaithful to her husband—the sotah. The word the Torah chooses (5:12) to describe her alleged disloyalty is tisteh, [a woman who has] “gone astray.”

Tisteh can also translate as “becomes foolish.” Hence the Talmudic axiom: “A person does not sin unless overcome by a spirit of folly.”

Sin is foolish. We all know it. No one ever feels good after a sin but no one feels bad after doing a mitzvah!

But we sin anyway. Then we feel guilty, even stupid, knowing the valueless outcome and result of it. But then we sin again, then we go to the synagogue on Yom Kippur and promise to better ourselves. Then we fall prey  again to our lusts.

Until Moshiach comes, when evil will be eradicated from the world for good, we will continue to be tempted by our evil inclination. Just another reason to ask G‑d to send Moshiach NOW !.

But maybe, just maybe, if we take the story of the mikvah to heart, and next time we are about to say “ah” before the “oy,” we think ahead—we might refrain from temptation that one more  time. Or, as our sages succinctly put it: “Who is a wise one? One who foresees the outcome [of his actions].”

That is a very big deal. Especially this forthcoming week, as we prepare to again re-experience the “Giving of the Torah” with the holiday of Shavuos, it would do us well to remember and know that we have the ability to appreciate the true “ah”s  of Torah and live Judaism to the fullest.

May you have a meaningful and uplifting Shabbos and a joyous and fulfilling Shavuos !

Save the Date - Gimmel Tammuz Farbrengen with Rabbi Shmuel Lew 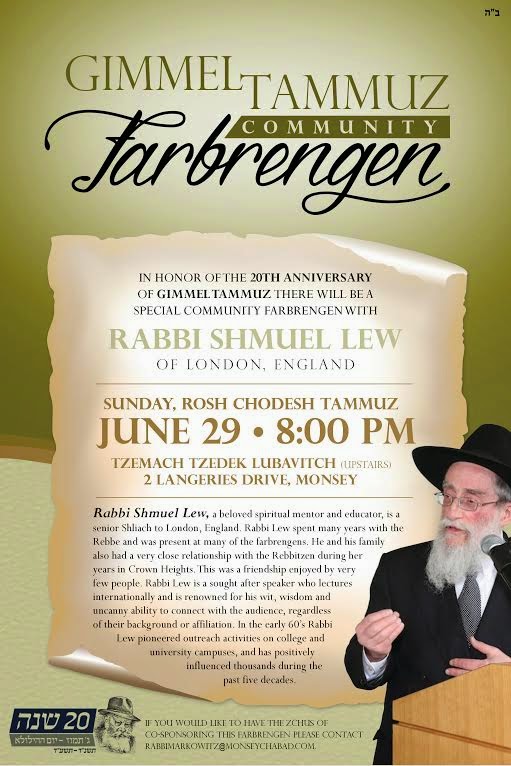 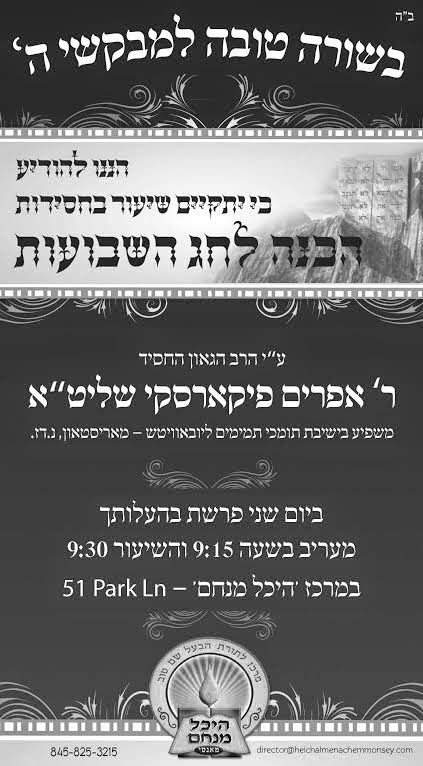