Feel the Warmth with a Cheder Mug 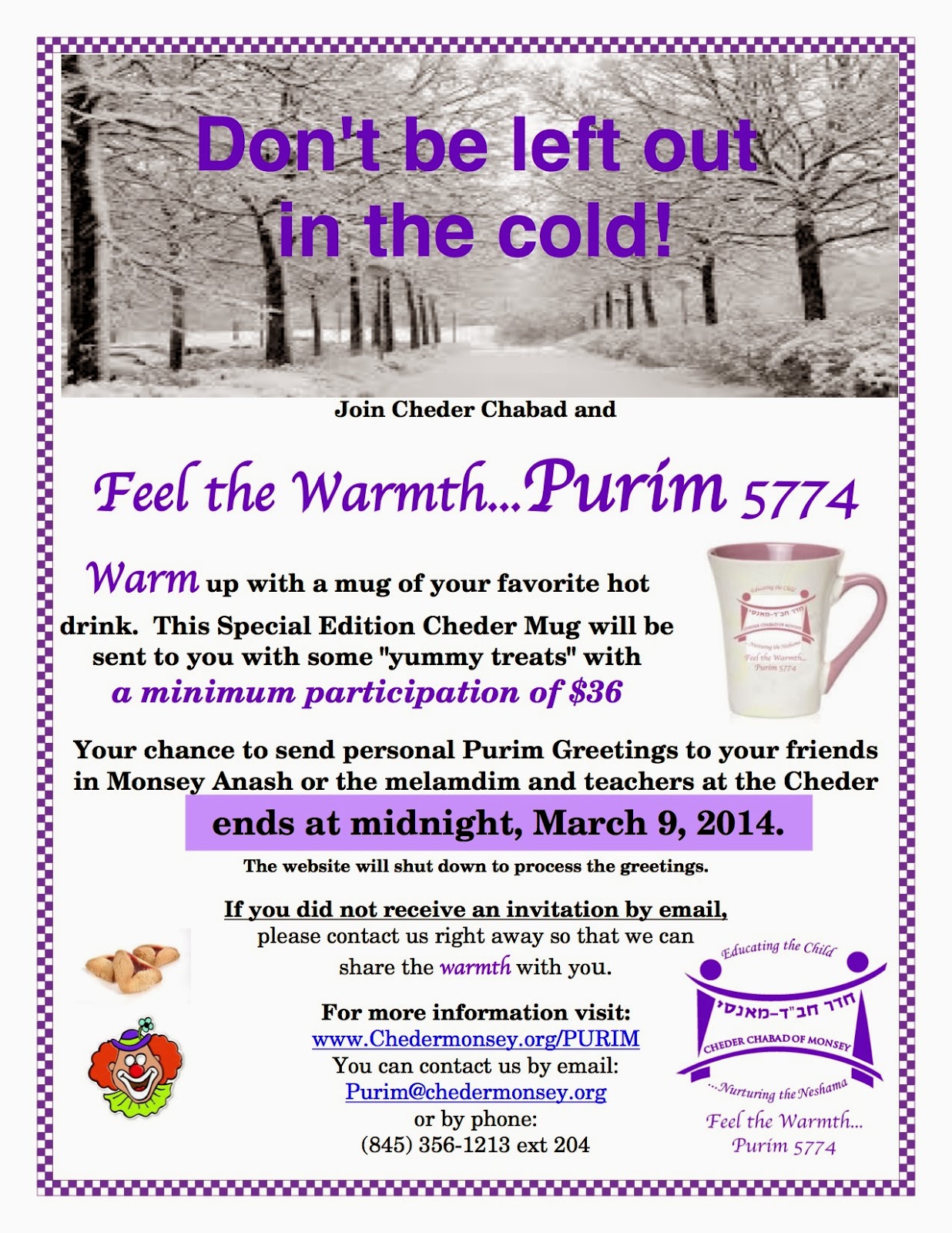 Not only animal-rights groups have difficulty with this week's Torah portion, which begins the third Book of the Torah, Vayikra (Leviticus - 1:1-5:26); many if not most people in our modern era have a problem with the whole concept of animal sacrifice, which is a major theme of this third book of the Torah.

But I have no wish to enter into a rationalization of biblical morality. The second verse in the book lends itself to some interesting homiletic interpretation, which makes it quite clear that the Torah’s focus on sacrifice is not so much on the animal on the altar as on the person who is offering it:

When a man (adam) will bring an offering from among you to G‑d, from the animals, from the cattle or from the flock shall you bring your offering. (Leviticus 1:2)

Now, clearly, the language here is rather strained. In fact, most translators have edited the text to read more smoothly: “When a man among you will bring an offering,” clearly an improvement in the flow of the verse.

Rabbi Schneur Zalman of Liadi, in his classic Likkutei Torah, insists however that the Torah’s syntax is deliberate. “When a man will bring an offering”—i.e., he will want to come closer to G‑d (the Hebrew word korban has in it the root karav, “to come close”), then he must know that the offering must come “from you,” from the animal within you.

Every one of us possesses animalistic tendencies, and these must be consumed on the altar of G‑d. We are obliged to slay our inner animal, and humanize ourselves by working on developing our character traits, until the beast within us has been neutralized—and better yet, sanctified.

What exactly does this mean? The verse continues, “from the cattle or from the flock, shall you bring your offering.” An individual may behave like “cattle,” a goring bull, trampling on everyone and everything in its way. He is the proverbial bull in a china closet, stomping, aggressive, bullying, domineering, and utterly insensitive to people’s feelings.

Others might be like “the flock”—the meek little lamb that timidly follows the crowd. He has no opinion of his own; whatever the last person he spoke to said becomes his opinion for the moment. He has no backbone, no sense of self or self-respect. He stays with the flock at all costs, lest he be labeled a “black sheep.”

Still others might be moody and temperamental, changing colors and character traits from day to day. One minute they might be like the raging bull, and the next, the docile lamb.

So the Torah teaches us to be adam, a human being of human—indeed, G‑dly—character. Be a man, not an ox; a lady, not a lamb. Be a mentsch; behave like a mature, refined person, not like a vilde chayah (wild animal). Examine your own behavioral tendencies; check out your inner feelings and dispositions. Are you satisfied with yourself as a human being? Are those around you happy, or do you intimidate them with your temper tantrums? Are you mature and mild-mannered, or do you suffer from road rage?

Searching our souls and our inner psyches for unacceptable behaviors, and then doing something about it, is what we mean when we say to bring the animal up on the altar of sacrifice. It is the animal within each of us. The true and ultimate sacrifice is the sacrificing of self.