Mazel tov to Zev and Yehudis Henig on the birth of a baby boy!

Shifra and Puah arranges meals for mothers of newborn children in our community. If you are able to cook a meal, please sign up on MealTrain or contact Karen Schild at 845-354-4898 or karenschild@yahoo.com. 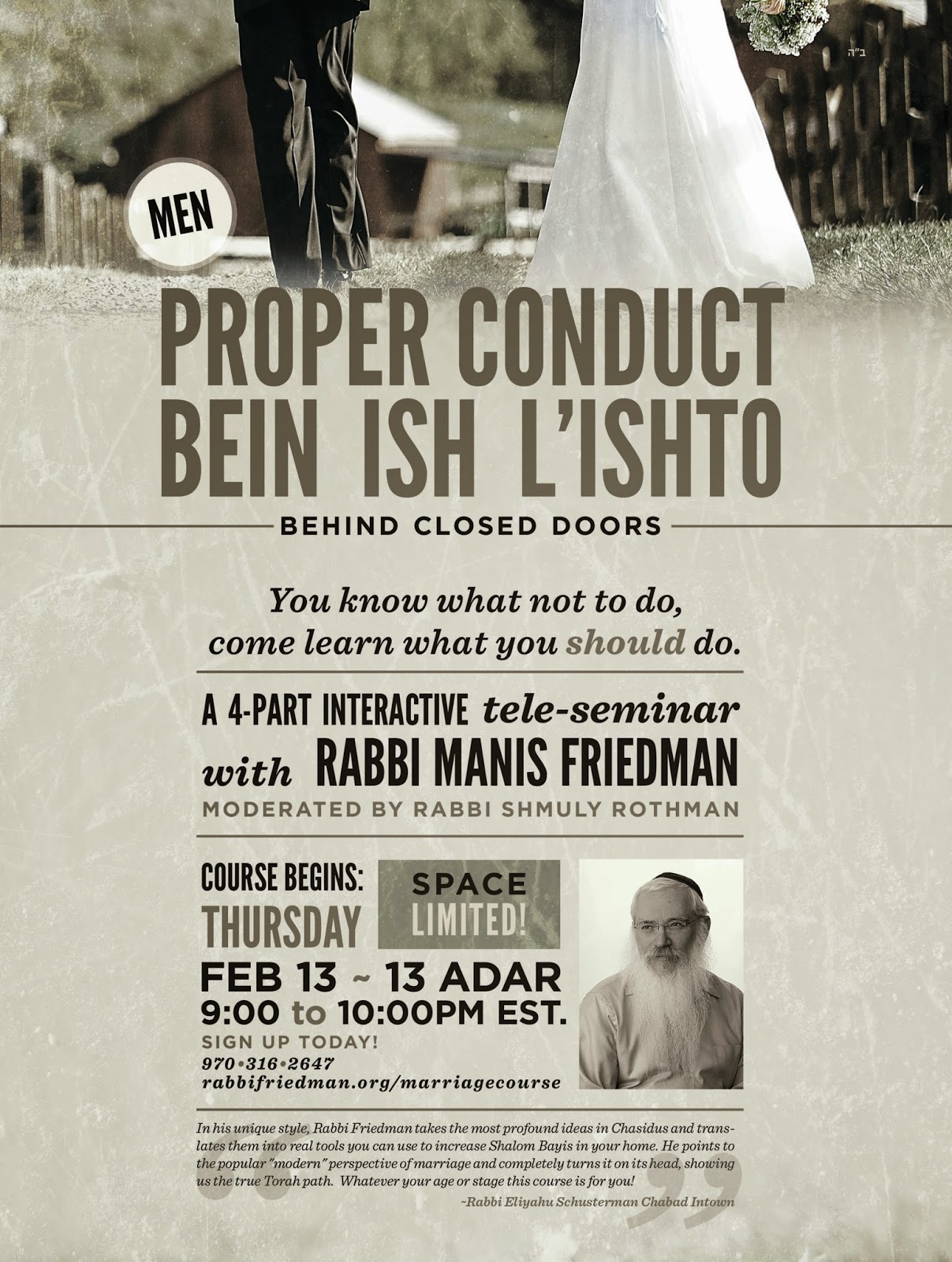 As the days are growing longer and Shabbos is ending later, this Motzoai Shabbos, Parshas Tetzave, Avos Ubonim will take place from 7:15 to 8:15 PM at Tzemach Tzedek.

There are only a few weeks left for this year's winter program. Take advantage of this special time and spend quality time with you son(s)!

The program is open to all elementary school age boys with their fathers. Refreshments are served followed by a weekly raffle for seforim.

The name of Moses does not appear in this week's Torah portion Tetza've (Shmos [Exodus] 27:20-30:10), even though he is alluded to. The reason for this is that Moses had requested of G-d, when the Children of Israel made the Golden Calf, that if He was not prepared to forgive the Children of Israel, then He should erase Moses’name  "from Your book..." Although the Jewish people were forgiven, the words of a righteous individual (tzaddik) are powerful and Moses' decree was realized through his name being left out from this one Parsha.

The commentators point out, however,  that while Moses' actual name does not appear, Moses himself is very much present. The entire portion consists of G-d's words to Moses! Indeed, the first word is "and you [shall command...]" -- the you being Moses.

A person's name does not reflect that person's essential self. A name, or a descriptive word applied to a person, is used by others to refer to that person. The essential self, the essence of the person, however, is beyond description and limitation.

The word "you" at the beginning of the portion connotes its subject's very self, in contrast to a person's name which is a mere "handle" on his personality. This means that although his name does not appear, Moses is, in essence, more present in our portion than if he would be mentioned by name, limited to the description that a name implies.

Because Moses was prepared to forgo mention of his name in the Torah for the sake of his people, he merited that his quintessential self -- that level of self that cannot be captured by any name or designation -- be included in the Torah. It is this level of Moses' self that is expressed by his "nameless" presence in this week's Torah portion.

We all have a tendency to label ourselves, and each other. So-and-so is a this-ist or a that-ist. A name provides only a limited window into what a person really is. There is a fundamental essence which we each possess and which transcends limitation. When we stop trying to label each other and focus on what is deep inside, on the essence, we realize that we are not really so different than our Jewish neighbors  and acquaintances, and in fact, it becomes much easier to get along with them.