Thruway Repaving in Rockland Gets Underway 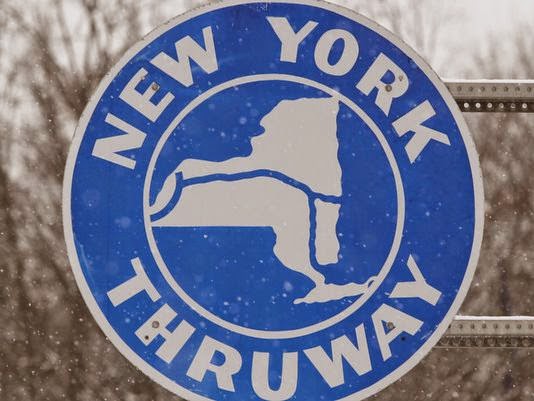 One or two lanes on the Thruway will be closed nightly as paving work begins on the southbound Thruway in Rockland, starting Tuesday.

The two-month project will cover a 10-mile stretch between Exit 16 in Orange County and Exit 14B in Ramapo, the state Thruway Authority said.

Aside from paving, the $28.8 million project will include drainage improvements in flood-prone areas, safety upgrades and bridge repairs.

Lane closures will begin at 8 p.m. on Mondays and Fridays and at 5 p.m. on Tuesdays, Wednesdays and Thursdays.

The Thruway Authority said no lane closures will take place before 7 p.m. when work shifts to the northbound lanes.

All lanes will be re-opened no later than 6 a.m.

In May, the Federal Emergency Management Agency said it would give New York $3.8 million to raise four sections of the Thruway between exits 15 and 16 that were underwater last year when the Ramapo River flooded.

The roadway will be raised 1.7 feet at two locations and 2.5 feet at the other two.

ECCO III Enterprises, the project contractor, may postpone the work in case of bad weather.

Electronic signs and Highway Advisory Radio 530 AM will carry information about the lane closures.

Rockland drivers using the Palisades Interstate Parkway should also be aware that a major paving project on the New Jersey portion is also underway.