No Younger Group at Tzemach Tzedek this Shabbos

Due to the mid-winter vacation coinciding with Chof Beis Shevat, there is no younger children's group at Tzemach Tzedek this Shabbos.
No comments:

The daily Mincha minyan at Tzemach Tzedek is now at 5:00 PM.
No comments: 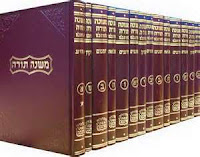 There will be a Siyum HaRambam this Monday night, February 4, at Tzemach Tzedek marking the completion of the Rambam learning cycle.

Maariv will be at 8:30 PM followed by the Siyum and a farbrengen.

All are invited and encouraged to participate!
No comments:

There will be a farbrengen this Shabbos, Parshas Yisro, in honor of Chof Beis Shvat, following davening at Tzemach Tzedek.

Experienced tutor available for elementary aged students. Has a degree in Education, works well with children with patience and devotion. Please contact nechamat@gmail.com.

This week’s Torah reading, Yitro (Shmos [Exodus] 18:1–20:23), records the momentous event of the Jewish people camping at Mount Sinai and receiving the Torah.

In the Dayenu hymn in the Passover Haggadah, we list all the wonders that G‑d did for us when we left Egypt. After each of the fifteen stanzas of this hymn we say, "dayenu"—"it would have sufficed us.", as the hymn begins "If He had brought us out from Egypt, and had not carried out judgments against them—dayenu, (it would have sufficed us!" ) etc.

One of the stanzas reads: "If He had brought us to Mount Sinai, but not given us theTorah—dayenu!" Now this seems puzzling. What in the world would be the point of going to Mount Sinai if not to receive the Torah? What other point is there in being there? After all, at this particular mountain there is neither food, water or skiing.

But actually, something very special happened at Sinai even before G‑d appeared to the Jewish people. The Torah tells us that "Vayichan sham Yisrael neged hahar," "Israel camped there opposite the mountain." The biblical commentator Rashi points out that the word the Torah uses, וַיִחַן (vayichan), is in the singular tense—"He camped" rather than "they camped." This, Rashi explains, denotes that the entire nation encamped there as one man with one heart.

The Dayenu tells us that if all that was accomplished with the Jews arriving at Mount Sinai was the Jewish people standing united for one moment- this itself is an accomplishment of amazing worth. Coming together as one and putting aside all our differences for a greater purpose is one of the greatest mitzvot we can do. It stands on its own, and was a moment of closeness to G‑d that carried intense significance, even if the Torah had not been given.

The lesson for us today is obvious. If we but  restrain ourselves from any action, comment or even a thought that may cause dissention and instead do, say, or  think something which would promote harmony amoungst our people, then we have paralleled that greatest moment in Jewish history and all that it accomplished, the revelation of G-d at Sinai.