Rabbi Manis Friedman to Farbreng in Monsey on Gimmel Tammuz 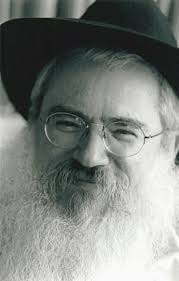 Tzemach Tzedek will be holding it's annual Gimmel Tammuz farbrengen on the Monday night of Gimmel Tammuz, June 10, at 8:00 PM in the main shul upstairs.

The farbrengen is open to women and men.

The cost is $10 for Tzemach Tzedek members and $18 for non-members. There will be no charge for full time students.

All are cordially invited and encouraged to participate!

Gimmel Tammuz:
The Lubavitcher Rebbe, Rabbi Menachem Mendel Schneerson (b. 1902) passed away in the early morning hours of the 3rd of Tammuz of the year 5754 from creation (1994).

For the laws and customs of this day, click here.

About Rabbi Manis Friedman:
World-renowned author, counselor, lecturer and philosopher, Rabbi Manis Friedman uses ancient wisdom and modern wit as he captivates audiences around the country and around the world. He hosts his own critically acclaimed cable television series, Torah Forum with Manis Friedman, syndicated throughout North America. Over 150,000 copies of his provocative yet entertaining tapes, both audio and video have been sold.

Rabbi Friedman’s first book, DOESN’T ANYONE BLUSH ANYMORE?, published by Harper San Francisco in 1990, was widely praised by the media. BLUSH is currently in its fourth printing. Following the publication of the book, he was featured internationally in over 200 print articles, and interviewed on more than 50 television and radio talk shows. He has appeared on CNN, A&E Reviews, PBS, and BBC Worldwide, and has been the subject of articles in the New York Times, Rolling Stone, Seventeen, Guideposts, Insight, Publisher’s Weekly and others.

Rabbi Friedman is a noted Biblical scholar, recognized for his sagacious grasp of Jewish mysticism. In 1971, he founded Bais Chana Institute of Jewish Studies in Minnesota, the world’s first yeshiva exclusively for women, where he continues to serve as dean. From 1984-1990 he served as simultaneous translator for the Lubavitcher Rebbe’s televised talks.

Rabbi Friedman is a professionally ranked member of the National Speakers Association. His speaking tours take him to every part of this country as well as Israel, England, The Netherlands, South Africa, Australia, Brazil, Venezuela, Peru, Canada, and Hong Kong. Rabbi Friedman was born in Prague, Czechoslovakia in 1946 and immigrated with his family to the United States in 1950.

He received his rabbinic ordination from the Rabbinical College of Canada in 1969. Rabbi Manis Friedman enthuses each of his listeners and readers with a sense of purpose and definite direction.