In this week’s Torah portion of Vayeitzei (Bereishis [Genesis] 28:10-32:3), we read the story of Jacob's dream and the famous ladder with its feet on the ground and head in the heavens. "And behold the angels of G-d were ascending and descending on it."

There is a beautiful message here.

In climbing heavenward one does not necessarily need wings. Dispense with the dramatic. There is a ladder, a spiritual route clearly mapped out for us; a route that needs to be traversed step-by-step, one rung at a time. The pathway to Heaven is gradual, methodical and eminently manageable.

Many people are discouraged from even beginning a spiritual journey because they think it needs that huge leap of faith. They cannot see themselves reaching a degree of religious commitment which to them seems otherworldly. And yet, with the gradual step-by-step approach, one finds that the journey can be embarked upon and that the destination aspired to is actually not in outer space.

A fellow walks into a rabbi’s office, saying, "Rabbi, I want to become 'frum' (fully observant), - now tell me what I must do?” -  Now, isn’t that a rabbi’s dream come true for a congregant? Never!

Why not? Because a commitment like that is often here today and gone tomorrow. Like the popular saying, "Easy come, easy go." The correct and most successful method of achieving our Jewish objectives is the slow and steady approach. Gradual, yet consistent. As soon as one has become comfortable with one mitzvah, it is time to start on the next, and so on and so forth.

A teacher once asked the following question: "If two people are on a ladder, one at the top and one on the bottom, who is higher?" The class thought it was a pretty dumb question -- until the wise teacher explained that they were not really capable of judging who was higher or lower until they first ascertained in which direction each was headed.

And so my friends, it doesn't really matter what your starting point is or where you are at on the ladder of religious life. As long as you are moving in the right direction, as long as you are going up, you will, please G-d, succeed in climbing the heavenly heights.

Early last May, a truck arrived at a leafy construction site in, Airmont, NY bearing an entire classroom wrapped in Tyvek. Just seven weeks later, and after many more trucks rolled in carrying similar loads, a two story, 24,000 square foot school building had completely risen from its concrete foundation.

The new school is the new home of Cheder Chabad of Monsey, a Jewish day school catering to a broad swath of Jewish communities in the Tri-state area and Monsey Bais Chaya Mushka Girls High School, which is run by Rabbi Dr. Chaim D Kagan. To build the state-of-the-art facility, Rabbi Yisroel Shusterman, Dean of Cheder Chabad says the school followed a modular building plan.

“After we outgrew our previous location, we began working on zoning permits while the contractor was busy building this structure in the factory,” says Rabbi Shusterman. Construction time is dramatically cut down with modular manufacturing which translates the architectural design into components that are built in a factory, and then assembled on site.

For a school that opened its doors in 2000 with 15 children in a nursery class , the new building marks an inflection point for some 300 young girls who will enjoy the benefits of a brand new home. Over the course of 12 years, says Rabbi Shusterman, “we moved from place to place as our school continued to evolve and grow. Now, we’ll have space for every child in our new building.”

This is no flimsy, poorly built structure. According to Tom Hardiman, Executive Director at industry trade group Modular Building Institute, “modular construction is as aesthetically pleasing and reliable as conventional construction.”

In fact, Hardiman says that it “may be more dependable because the modules are built in a factory-controlled environment, and when the modules are placed together, it creates a very strong structure.” Factories also don’t need to wait on setbacks that plague traditional construction, like weather delays and zoning permits. Plumbers, carpenters, electricians and other tradesmen bring all the pieces together simultaneously, which results in a high quality designed and built building.

The current trend in the construction industry reflects growing interest in modular for commercial building, according to Modular Building Institute, so this campus is ahead of the curve in an industry that is poised to gain market share.

Adine Lipszyc, special education teacher at HASC and a mother of two girls in Cheder Chabad of Monsey says the larger premises is a blessing for a “new school that is growing very quickly.” Today, Cheder Chabad attracts boarding students from in the US and abroad, including Poughkeepsie and Westchester in upstate New York, Long Island NY, San Antonio, Texas, and even Prague in the Czech Republic. Inside the facility there are 30 classrooms, spacious multipurpose rooms, computer and science labs and administrative offices.

Mrs. Lipszyc is grateful for the new developments. “It’s beautiful, it’s airy and bright. It’s a huge step up,” she says. She has discerned in her children a strong sense of Jewish identity and tradition.

“I see that my older daughter wants to daven [pray], dress modestly and make the blessings before eating; she doesn’t roll her eyes at these things, she loves doing them.”

“That has a lot do with the school,” she says.

Mazel tov to R' Mordechai and Malka Litzman on the engagement of their son Ruvy to Esther Caytak of Ottawa, Canada! 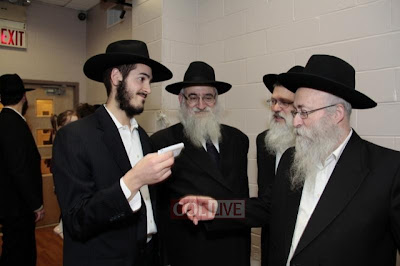 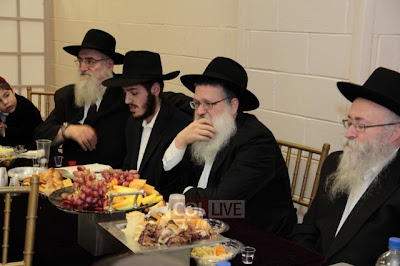 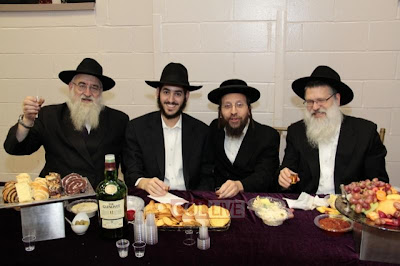 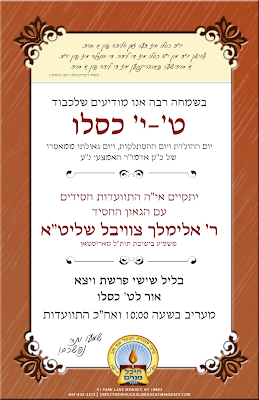