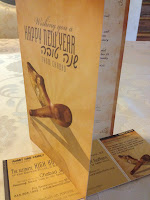 Over the past two years Chabad of Suffern has grown tremendously in their High Holiday Peulos with over 600 people attending services at the Crowne Plaza hotel.

With the hope that every Jew should have a place to go for High Holiday services, we mailed out 26,000 free tickets this year.

We are asking the Anash community to help us reach the Jews living in the Monsey area, by passing the tickets that we sent to your homes on to a non-observant person you may know such as neighbors, co-workers, etc.

If you have a few neighbors that you would like to give this to, you can call or email with their information and we will make sure they receive their tickets in the mail. You can also refer anyone to our newly updated High Holiday mega site at www.JewishSuffern.com/HHolidays, where you can find any information you may need regarding the High Holiday programing.

If we work on this together, we hope that no Jew in the area will be left behind and we will be zoche to bring much nachas to the Rebbe.

To help sponsor this amazing project you can make a donation online at www.JewishSuffern.com/donate.

Mazal tov to Rabbi and Mrs. Nachman Bronstein on the marriage of their daughter Fraidy to Moshe Chaim Raices of Postville, Iowa!
No comments:

Welcome to Chamie Crawford and family on their move to our community (Fawn Lane)! 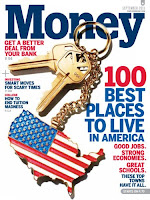 The Town of Ramapo has once again been ranked in the top 100 Best Places to Live in America by CNN Money Magazine.

The 2012 rankings were announced earlier this week, with Ramapo taking the 59th spot.

The magazine ranked communities nationally with populations between 50,000 and 300,000.

“It is wonderful to once again be named by Money Magazine as one of the best places to live in the United States,” said Supervisor St. Lawrence.

“With a wide range of recreational, social, and cultural programs and amenities, the Town of Ramapo has something for everyone.”

“Whether it is through our award-winning parks, state-of-the-art baseball stadium and sports facilities, countless programs for seniors and children, or our extensive open space program, we consistently strive to make the Town of Ramapo an even better place to live and raise a family,” he added. “I am particularly proud of the fact that our diverse and progressive town is one of only four communities in the entire State of New York to be listed among CNN Money Magazine’s Best Places to Live in America.”

Ramapo is not new to CNN Money Magazine’s listings.