Cheder Rebbis Train for Next Year 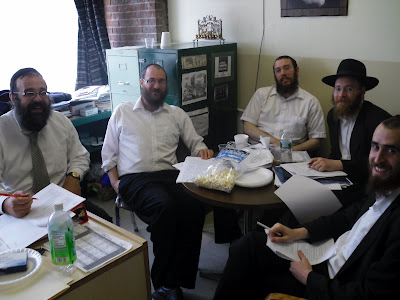 In this week’s portion Eikev (Devorim [Deuteronomy] 7:12-11:25) we read the passage “…for not by bread alone does man live, but by every word which proceeds from the mouth of the Al-mighty does man live”. What role, then, does bread play in providing sustenance for man?
All of creation can be divided into four elements.

1. The first is the inanimate, the mineral, that exhibits no external indicators of life.

2. The second is the vegetable that enjoys vertical motion (through growth) but is incapable of lateral movement.

3. The third is the animal, which demonstrates its enormous life energy through both vertical and lateral movement.

4. Man towers above all. Man demonstrates signs of life not only on the outside, but also on the inside. No creature has comparable intellectual and communicative skills.

This question forces us to reevaluate the face value of the world as it appears to us. Kabbalah and Jewish mysticism teach that the world was created not only in a system of gradually descending spiritual levels, but concurrently with a grid of “opposite extremes” relationships. Hence, that which may appear lower on the totem pole originates from a level that is in fact much higher than the origin of the next step up on that totem pole. Their lofty origins enable them to journey forth to lower and more distant states because a stronger source is capable of sending its offspring much further than a weaker source.

So it is in our world as well. The more intense light shines further and dispels greater levels of darkness. A brilliant, more accomplished teacher would be the one to deal with a student with a lower IQ.

When we view the hierarchy from this perspective, we discover that the origin of vegetation is in fact greater than that of man. Man is not sustained by the bread’s material substance, which is lower than he is, but by G-d’s energy within it, the spiritual origin of the bread. And that is what energizes man.

We can extend this idea to an interpersonal level as well. This concept provides a very important insight about that simple Jew in the synagogue who might not display much wit or wisdom and is viewed by the congregants as a simpleton, not commanding necessarily a particular measure of honor or respect. However, he might just be one in possession a soul far loftier and potent in origin; able to accomplish so much more with his deed and prayer than many others in the community, as so many a story of our Tzaddikim have shown.

Spiritual energy – respect and appreciate it!