As I read this week’s portion of Chukas (Bamidbor [Numbers] 19:1-22:1) and the passing of Aaron, the first High Priest, (20:23-29), I think to myself - I never met you, Aaron, but I miss you. If you would only be alive I would love to be your secretary, scheduling for you meeting after meeting where you would do what you did best.

You, who after your death, had thousands of children named after you because if not for your saving their parent's marriage they would have never entered this world.

I would set you up with thousands of couples who are about to untie the knot. Maybe you would save a few.

I would set you up with so many men, women and children who have lost their direction in life. Maybe you would be able to touch the hearts of those who have fallen off the beaten path, and bring our lost children home.

I would set you up with family members (aren't we all family members?) who have disowned their flesh and blood. Maybe you know how to bring all of us back to the same table where we would make peace and unite all as one.

You, who the entire Jewish people mourned for thirty days after your death (unlike when your brother Moses passed away, when only "the sons of Israel" cried), because you touched the life of each Jew—

It's more than three millennia since your death, but not much has changed. Sandals are still in style, the Middle East is still the center of major world events and controversies, anti-Semitism is vibrant as ever by the descendants of our first tormentor Amalek, and we still fight over the same petty things such as respect, money and convenience.

You would feel right at home. And again you would serve as the paradigm of peace and harmony that we all need to emulate.

I would love to welcome you back. 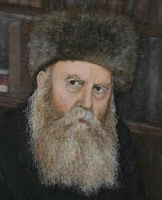 This Monday evening, July 2, there will be a farbrengen at Tzemach Tzedek in honor of Yud Beis Tammuz.

Mincha will be at 8:15 PM followed buy the farbrengen.

The twelfth of Tammuz is the birthday the Frierdiker Rebbe, the sixth Lubavitcher Rebbe, Rabbi Yosef Yitzchak Schneersohn (1880-1950).


This is also the day on which the Frierdiker Rebbe was officially granted release from his sentence of exile to Kastroma in the interior of Russia. Twenty-seven days earlier, the Rebbe had been arrested by agents of the GPU and the Yevsektzia (Jewish Section of the Communist Party) for his activities to preserve Judaism throughout the Soviet empire and sentenced to death.


International pressure forced the Soviets to commute the sentence to exile and, subsequently, to release him completely. The actual release took place on Tammuz 13 making the twelfth and thirteenth of Tammuz days that are celebrated as "a festival of liberation" for Lubavitcher Chassidim around the world. 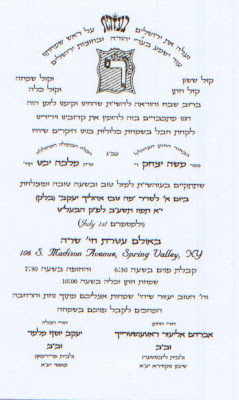 Mazel tov to Rabbi Moshe and Sorah Smith on the birth of a granddaughter born to Rabbi Naftali and Faiga Smith of Los Angeles, California!