Rabbi Yosef and Rivky Abramov will be I"YH be making the Bris for their newborn son this Monday morning, 28 Sivan, June 18, following the 7:00 AM Shacharis minyan at Tzemach Tzedek.

Due to some family issues, there are two sisters who cannot remain in their parents house and have to go to a school in a different state in order to preserve and further their Yiddishkeit.

The need is great. The expense is huge.

Please give your generous tax deductible donation to our gabbai tzedaka Reb Mordechai Litzman or mail it to him at 58 West Maple Avenue, Monsey, NY 10952.

Checks can be made out to Congregation Tzemach Tzedek.

The women’s groups of the three local Chabad centers in Rockland County united this week for a beautiful end-of-year Women’s event entitled “A Tribute to the Jewish Woman”.

The event, which was organized by Shluchos Mrs. Chani Kotlarsky, Mrs. Chaya Ehrenreich and Mrs. Devorah Gancz, attracted over 100 women at the lavish Minisceongo Golf Club in Pomona.

The program included a beautiful cocktail hour, a talent exhibit by local women, a girls choir led by Mrs. Libby Oster, brief remarks by the local Shluchos and a video presentation depicting Chabad women’s activities in the county.

The guest speaker, Mrs. Molly Resnick, a former NBC producer, deeply inspired the crowd with her humorous story of her journey to Yiddishkeit while the women enjoyed dinner. The women from across the county, left inspired and moved to take on another step in their Judaism.

Some conclusions are more obvious than others. Sometimes the most obvious conclusion isn't necessarily correct. Drawing our own conclusions can often be a risky business.

Take the case in this week's Torah portion (Bamidbor [Numbers] 13-15). The spies sent by Moses return from their reconnaissance mission of the Promised Land with a frightening report about the fierce, warrior nations of Canaan. The Jewish People are dejected, frightened, and even weep at the thought of their impending invasion, convinced it can only be a suicidal mission impossible. The Almighty is angered, the people are punished for their lack of faith in His promise and the spies go down in history as the villains in the story.

But why? What, in fact, was their sin? Moses asked for a report of the land. They came back and reported exactly what they had seen. They told no lies. The land was formidable. The inhabitants were huge and powerful. The fruits were extraordinarily large. They even brought back samples to prove it. So if it was all true why were they punished?

The answer lies not in the report but in their conclusion. The facts as the spies presented them were entirely accurate. The sin was their conclusion, "We will not be able to go up to that people, for it is too strong for us." Moses had sent them on a fact finding mission. Their job was to bring back information. Nobody asked them for their personal opinions. The whole point of their mission was to gather the data necessary for the Israelites to find the best way of conquering the land. That they would do so was a given. G-d had promised them the land, told them of its natural beauty and assured them of success.

The same G-d who just miraculously delivered you from Egypt, the mightiest superpower on earth, split the sea for you and revealed Himself in all His glory to you at Sinai has now said that the Promised Land is there waiting for you. And after all He has done for you; you turn around and publicly doubt His power to help you succeed? This is not only a mistake in judgment. This is shameful, sinful and faithless. The spies' report was correct but their conclusion was disastrous.

A high school teacher decided to demonstrate to his class the dangers of alcohol abuse. So he conducted an experiment. He took one glass of water and one glass of whisky. He then took a little worm and dropped it in the glass of water. The worm had a nice swim and then the teacher removed the worm unharmed. He then dropped the worm into the glass of whisky. In no time at all, the worm was dead. He then turned to the class and asked them what the experiment proved. Whereupon one wise guy at the back piped up and said, "Sir, it proves conclusively that if you drink enough whisky you will never suffer from worms!"

The facts are there for all of us to see. The question is how to interpret them. If we have a preconceived position and then manipulate the data to draw conclusions that suit us, we may come off clever at first but in the end we may well go the way of the spies. Without faith, even the most accurate information can lead to the wrong conclusion. 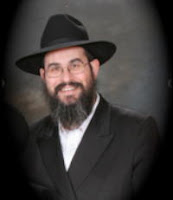 Mark your calendar - There will be a community achdus farbrengen for men and women with Rabbi Yossi Paltiel in honor of Gimmel Tammuz on Sunday night, June 24, at 8:00 PM in the main shul of K'hal Tzemach Tzedek.

Rabbi Paltiel is a popular teacher and mentor with a gift for communicating his passion for Torah and Judaism. His classes weave together classic commentaries, Jewish Law, history and philosophy, personal stories, and a deep knowledge of Chassidus and Kabbala into a whole that's both intellectually challenging and heartwarming.


Rabbi Paltiel currently teaches at Yeshivas Tomchei Temimim Chovevei Torah (United Lubavitcher Yeshiva), Machon Chana Women's Institute and at the Beis Midrash L'Nashim in Crown Heights. He is also the co-founder of Inside Chassidus, an online resource for the study of Chassidus.