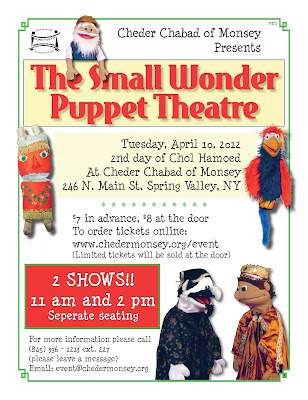 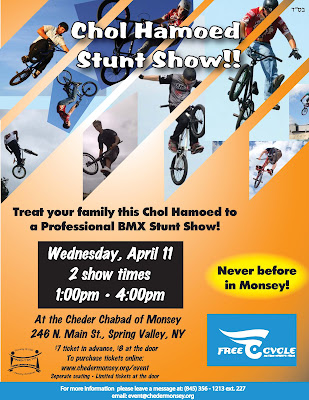 To purchase seats before these shows are sold out, please click here.

As in previous years, Cheder Chabad has organized a quantity of vegetables - carrots, onions and cabbage - available free of charge for our community.

As the vegetables are packed in large 50lb sacks it would be advisable to bring your own bags.

You can pick them up at the Cheder Chabad Girls Building,  246 North Main Street in Spring Valley, during the following times:

Oftentimes, a small lesson can bring about a major paradigm shift.

Rabbi Schneur Zalman of Liadi shared one such lesson he learned from his master, the saintly Maggid of Mezeritch, based on the verse in this week’s Torah portion Tzav, “A constant fire shall be kept burning on the altar; it shall not be extinguished.” (Vayikra (Leviticus) 6:6)

To bring an offering on the altar is insufficient, taught the Maggid. One needs to kindle a fire under the offering. And this fire will extinguish negativity. Lo tichbeh, which literally means “it shall not be extinguished,” was interpreted by the Maggid to read: “shall extinguish (tichbeh) the ‘no’ (lo),” the negative.

Kabbalistic thought explains that every person has a microcosmic altar upon which they make sacrifices for G‑d. But sacrifice itself is insufficient without fire. Discipline and commitment to self-growth, but without love and warmth, is inert. Therefore, the Torah advises us to keep a fire constantly burning on the altar.

The fire fueling the altar is so potent that it will raze any element that may stand in its way. Passion has a way of dissolving problems.

This concept reminds of the story where the wind and the sun once competed to make the lonely man take off his jacket. The wind blew fiercely, but the man only clung to his jacket with more intensity. Then the sun began to project its warmth, and the man naturally removed his jacket.

Keep a constant fire burning on your altar, and lo tichbeh—the “no” will be extinguished. This became a vital paradigm shift, which was popularized by the Chassidic masters.

There are two ways to deal with our inner demons and dysfunctions. The first, and most natural, would be to fight back; to criticize ourselves for our inadequacies and mistakes. But sometimes this head-on approach can work to our disadvantage and the frustration that we invest in criticizing our character flaw will only aggravate it.

The second approach works by first generating a passion: With passionate energy circulating, there’s less energy to be had for dysfunctional tendencies, and less focus put on them. A teenager whose vivacity is channeled through noble pursuits may not fight to break rules.

When you love your spouse, you are less likely to be enraged by his or her flaws. At times, words of affection can be a more effective catalyst for change than scrutinizing the problems in a relationship. And so also, a passion for G-dliness will mitigate physical inconveniences.

Lo tichbeh—the negative becomes extinguished. Sometimes it’s about working smarter, not harder. Turn up your fire, says the Maggid, and your inner demons may just sizzle away.

(excerpts from chabad.org -  By Rochel Holzkenner)

Mazel tov to Rabbi and Mrs. Mendel and Dina Polter on the marriage of their daughter Liba Sheva to Tzvi Hirsh Sputz of Crown Heights!

Mazel tov to the grandparents Rabbi and Mrs. Simcha and Chaya Werner! 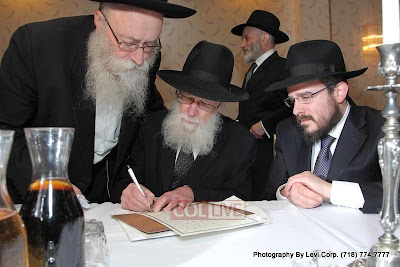 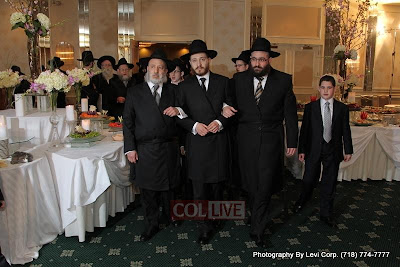 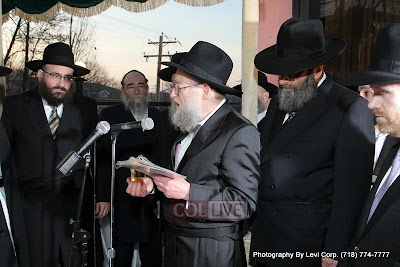 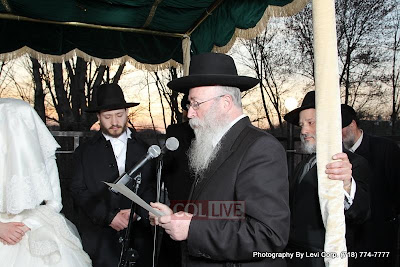 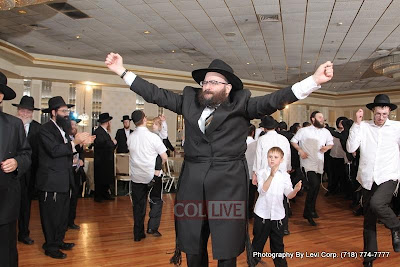 There will be a farbrengen this Monday night, April 2, at Tzemach Tzedek in honor of Yud Aleph Nissan, the birthday of the Rebbe in 1902.

Maariv will be at 8:30 PM followed by the farbrengen. 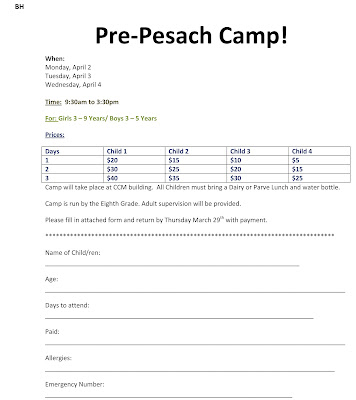 As in previous years, Rabbi Simcha Werner has Matzah available for Mivtzoim.

If any of Anash would like to fulfill the Rebbe's Mivtzah Matzah and need Matzah please contact Rabbi Werner at 845-356-3850. Pesach Guides are also available.

There is a limited amount available for Anash to distribute to their neighbors, colleagues, and acquaintances so please call as soon as possible to ensure you receive the amount you need. Some Matzah will also be available during some of the Mincha/Maariv minyanim at Tzemach Tzedek this coming week.

Donations may also be given when picking up your Matzahs.