Beis Menachem:
Kiddush sponsored by Eli and Miriam Zisman in memory of Miriam Leba bas Harav Dov Ber whose yahrtzeit is on the 7th of Nissan.

Beginning this Sunday, Rabbi Lesches is available to arrange the sale of your chometz following all weekday and Sunday tefilos at Tzemach Tzedek. The Rav can also be reached at 845-659-1060.

There will be a farbrengen this Sunday night, March 25, in honor of Beis Nissan following the 9:30 PM Maariv minyan at Tzemach Tzedek.

The fifth Lubavitcher Rebbe, Rabbi Sholom DovBer Schneersohn, the Rashab, was born in the White Russian town of Lubavitch in 1860. After the passing of his father, Rabbi Shmuel (in 1882), he assumed the leadership of Chabad-Lubavitch.


Famed for his phenomenal mind and analytical treatment of Chabad Chassidism, Rabbi Sholom DovBer wrote and delivered some 2,000 maamarim over the 38 years of his leadership. In 1897, he established the Tomchei Temimim yeshivah, the first institution of Jewish learning to combine the study of the "body" of Torah (Talmudic and legal studies) with its mystical "soul" (the teachings of Chassidism); it was this unique yeshivah that produced the army of learned, inspired and devoted Chassidim who, in the decades to come, would literally give their lives to keep Judaism alive under Soviet rule.


In 1915, Rabbi Sholom DovBer was forced to flee Lubavitch from the advancing WWI front and relocated to the Russian city of Rostov-on-Don. In his final years, he began the heroic battle against the new Communist regime's efforts to destroy the Jewish faith throughout the Soviet Union.


Rabbi Sholom DovBer passed away in Rostov on the 2nd of Nissan, 1920. His last words were: "I'm going to heaven; I leave you the writings."

Any abrupt change of font size in a written work attracts attention. Surely so in the Torah, where every detail and nuance is of great importance.

In this week's Parsha, the portion of Vayikra, there is a particular change of font. The letter Alef, as it is written in the Torah in the opening verse of this week’s portion “Vayikra el Moshe” ("And G-d called to Moses"), is tiny. Noticeably smaller than the usual sized Alef or the other letters in that passage, it excites comment and query from synagogue audiences every year.

Chasidic thought explains that this change is to give an indication of Moshe’s (Moses') unparalleled humility. Though he was unique amongst  men in his communicating directly with G-d, despite the fact that he was the leader who had defeated the Egyptians and freed the Jews and brought the Torah down to the world at Sinai, he nonetheless remained the most humble man ever to exist on this earth (Numbers 12:3).

Interestingly, the small Alef of our Parsha is contrasted by another font change elsewhere in the Bible. The name 'Adam', the first man and the personal handiwork of G-d, is written once with an oversized Alef, to denote his grandeur and, by extension, the potential greatness of all humans--the ultimate purpose of creation,

To exist is to have a purpose. G-d created nothing without reason. One needs to constantly bear in mind one's responsibilities and to live up to the large Alef.

Recognition of one's worth, however, should never lead to hubris and conceit. Moses, the most accomplished person ever to live, was also the most humble. The small Alef reflected his awareness that his talent and ability were gifts from G-d. He constantly asked himself, "Have I truly utilized my full capabilities?"

Humility does not mean self-delusion, but rather an awareness of one's talents, tempered by the acknowledgement of where they come from. Moshe was aware of his qualities but he did not take any credit for it. In fact, he would say: "Were somebody else to be granted these qualities, they would surely do even better ! "

This dual perspective of the dueling Alefs -- an uplifting recognition of one's achievements tempered by the deflating sense of accomplishment -- invokes a humility, yet with a drive to accomplish in religion and life and thus justify one's very existence. 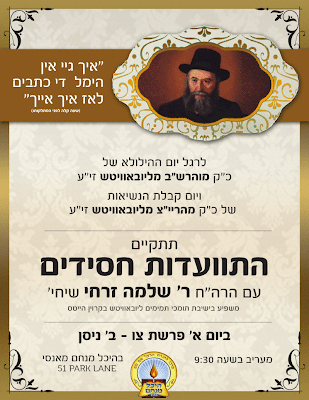