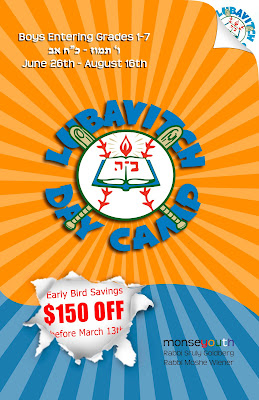 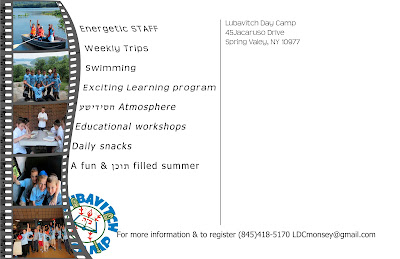 Baruch Dayan HaEmes- We are deeply saddened to inform you of the passing of R' Dovid Winsbacher A"H, the father of R' Elie Winsbacher.

Elie is sitting Shiva in Strasbourg, France until Monday morning and can be reached at 845-520-0502. Please keep in mind that the time in France is 6 hours ahead of New York.

The Town of Clarkstown, which had been in negotiations with Reuben Gittelman Hebrew Day School to buy its building once it closes at the end of summer, says it has lost the race to a school in Monsey that was also looking to buy the property.

According to an announcement by the town, the 61,000-square-foot Reuben Gittelman property on New Hempstead Road in New City will be purchased by the Adolph H. Schreiber Hebrew Academy of Rockland County.

Both ASHAR and Reuben Gittelman couldn’t be immediately reached for comment. Rueben Gittelman announced last month that it would be closing at the end of the current school year because of falling enrollment and ensuing financial problems.

Amy Mele, town attorney for Clarkstown, said the town had made an offer to Rueben Gittelman, which informed Clarkstown that they already had an offer from another entity.

Mele said the board of Rueben Gittelman voted to sell the property to ASHAR Monday night at a closed-door meeting. The Town Board was informed of the decision Tuesday morning.

Someone accidentally took my coat this past Shabbos morning from Tzemach Tzedek. It's size small, medium length, grey with both button and and a zipper and was taken with a grey scarf. Please call 707-776-6739.

Donating to a Mosad Named After the Rebbetzin on 22 Shvat

Gender Determination in the Talmud by Dr. Leah Poltorak

Mrs. Leah Rubashkin addressed a women’s evening of unity at Bais Yaakov of Toronto this week.

Jacob Halle was remembered as a hardworking student with a passion for politics at a Ramapo College memorial service Monday.

Halle, 22, of New City, NY, died Feb. 1 from injuries sustained in a head-on collision on Rt. 202 in Mahwah, not far from the campus where he was enrolled as a second-semester junior studying political science.

"Jacob possessed a tenacious nature," his mother, Marla Halle, said at the gathering. "If something was difficult, he kept working at it until he achieved his goal."

Halle, who was active in the Ramapo College Hillel organization and the Rockland County Young Republicans, was remembered by his friend and fellow Ramapo student Marni Sucher as someone who was "sensitive and treated people kindly," but also had a lot of conviction and "trusted his own ideas."

"He taught me to value my own opinions without being swayed by the majority," said Sucher, who became good friends with Halle after they met at an orientation program for new students.

The service was presided over by Rabbi Ely Allen of the Ramapo Hillel, where Halle was an active member, and Allen recited a prayer in his memory. Rabbi Dov Oliver, who knew Jacob from his time enrolled at SUNY Rockland Community College, also addressed the crowd, urging those in attendance to do good in Halle's memory.

He said later that while the details of the accident are unclear — the case is still under investigation, but police have said they do not believe excessive speed was a factor — he has urged his students to heed his death as a warning.

"Jacob was tragically killed in a car accident, exactly what happened I'm not sure," Oliver said. "We'll probably never know. But I think that if we can strengthen ourselves to realize that every time we get in a car, that's a responsibility."

Halle's car drifted across traffic on Rt. 202 on Jan. 30, where it struck an oncoming SUV. Halle was trapped inside the vehicle and had to be airlifted to St. Joseph’s Regional Medical Center. The other driver, Oakland resident Kerri Ende, was treated for injuries sustained in the crash and released.

Halle is survived by his parents and younger brother. The Rockland County Young Republicans are establishing an award in Halle's name, and Ramapo College will plant a tree in his memory.