If you borrowed a gartel from Rabbi Shusterman's gartel gmach and forgot to return it, please do so. The gmach has lost 6 gartels in the last few weeks and needs them back for people who need to borrow them.

MONSEY — Two Ramapo teenagers and a Brooklyn man who claimed to be going after Jews were charged with a hate crime after assaulting a man walking near Grove Street in Monsey, Ramapo police said today.

Stanley R. Joseph, 18, of Suffern and Jennifer C. St. Amand, 20, of Airmont were charged with the enhanced hate crime designation after they told officers “that they were specifically targeting Jewish community members,” Sgt. Sal Matos said in a news release.

Qwesi Williams, 19, of Brooklyn also was arrested after the other two. Police did not immediately have the specific charges against him but said they weree along the same lines as Joseph and St. Amand. Adding the designation of hate crime raises the seriousness of the criminal charge.

A man told police he was attacked at 11:49 p.m Monday while walking near 16 Grove St. He was struck from behind with an unknown object, with officers speculating the object might have been a “stick or other long thin object,” Matos said. After a description was broadcast of the attackers, one officer saw a man running from the scene and police vehicles. The officers ran after the man and apprehended him in the area of Route 306 and Maple Avenue.

All three were being held in the Ramapo police lockup for arraignment in Ramapo Justice Court. 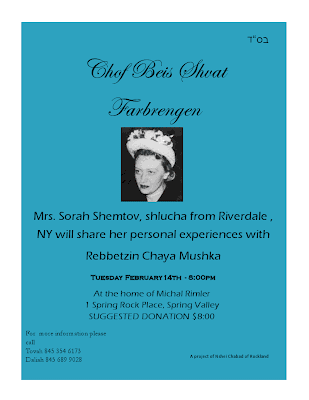 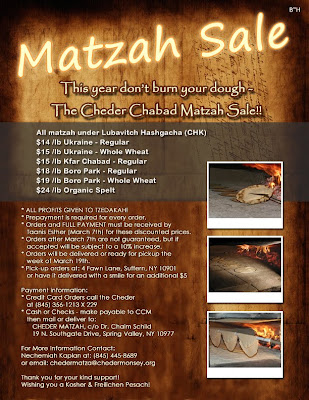 Monsey Beis Chaya Mushka High School for Girls is pleased to inform you of our upcoming production which has proven to be a great highlight of the year for both our students and its audience.

Our students have been working in preparation of this production with much effort and excitement. We are sure you will enjoy each moment and be inspired as well.

Please contact our school office at 845-634-7400 or office@monseybcm.com to purchase tickets.

Looking forward to seeing you there! 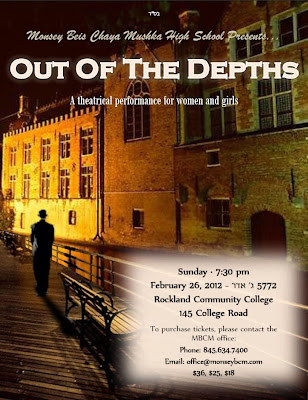