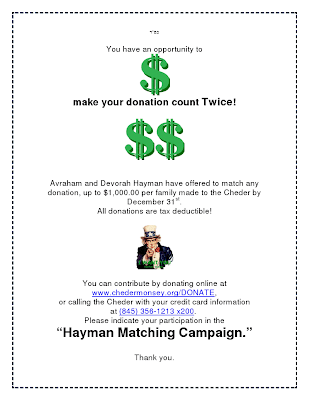 Love Among Brothers
Sometimes, obvious questions and details slip by as we read the Parsha. Rabbi Lazer Gurkow of London, Ontario picks up on a few of these points, showing Torah’s very timely and timeless lessons contained therein. In the Parsha this week, after Yehudah’s famous speech compelling Joseph to reveal himself to his brothers, the Torah tells us that Joseph calls out and says "'Remove everyone from before me,' and there remained no one with them when Joseph revealed himself to his brothers... And he said: 'I am Joseph your brother whom you sold into Egypt.'" (Bereishis [Genesis] 45:1,4)

Two questions present themselves: a) Why did Joseph call for everyone to leave? b) Why did he stress that he was their brother? Would it not have been enough to say, "I am Joseph"?

To the first question, Maimonides explains that Joseph worried that the Egyptians might think ill of his brothers and perhaps expel them from Egypt if they discovered that they had sold Joseph into slavery. To the second question, the famous medieval commentator Kli Yakar teaches that Joseph was careful to emphasize their brotherhood because he wanted to reassure them of his kinship with them, despite everything they had done to him.

Unfortunately, it is all too often that we air our disagreements in public, whether concerning Israeli politics, issues closer to home and personal, and everything in-between. . Let us remember the two very important lessons that Joseph now taught us. When we must disagree, let us: a) do so in private; and b) temper our words and speak softly. Let us remember to reassure our fellow Jews that we love them and feel kinship with them even as we disagree.

With much gratitude to Hashem Dr. Avraham and Yutty Polinger announce the Bris of their son this Sunday, 6 Teves, January 1, at 11:00 AM at the Garden Paradise hall (in Shoppers Haven), 27 Orchard Street.

Rabbi Mendy and Rivkah Rochel Landa will be making a Shalom Zachor for their newborn son this Friday night at their home, 160 A Kearsing Parkway.

Dr. Avraham and Yutty Polinger will be making a Shalom Zachor for their newborn son this Friday night at their home, 10 West Fessler Drive.