Save the Date - MBCM Production

Community Calendar - Use It!

If you are planning a simcha or event and want to make sure that there are no other community events on the same date, please be sure to check the Community Calendar (in the list of links on the right side of the blog).

Then add your simcha or event to the Community Calendar by emailing the information to news at monseychabad dot com so that others don't plan something for the same day. 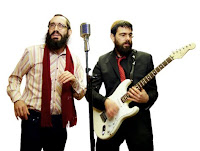 Chanukah may last eight days, but on the third night, the community is going to receive a musical gift when 8th Day, a popular Jewish rock group performs at Rockland Community College in Suffern.

The group, whose video for the catchy, up-tempo number Ya’alili went viral last year, will be performing at Hillel at SUNY Rockland’s Chuanukah Unity Concert, at 7:30 p.m. on Thursday, Dec. 22 at the Cultural Arts Center, 145 College Rd., Suffern.

“Chanukah is all about unity,” said Rabbi Dov Oliver, director of Hillel, which serves the Jewish student population of the community college. With the band’s Orthodox Jewish affiliation, upbeat music, catchy lyrics that captivate fans, and a December tour of the east coast, the Hillel of Rockland could not pass up the opportunity to bring 8th Day to the county. Oliver described the group as “one of the hotter bands in Jewish music”.

The band 8th day was started by brothers, Shmuel and Bentzi Marcus, who both sing lead. The group, based in Los Angeles, has three studio albums that get played on radio stations from New York to Israel. The band seamlessly blends Jewish and Chasidic culture into their modern rock music, incorporating lyrics in English, Hebrew, and Yiddish.

“In honor of Chanukah we’re doing an east coast tour for all of December, and we’re coming to inspire and uplift the Rockland Jewish community,” said Bentzi.

On Youtube, the video hosting site, the band’s video for their song “Ya’alili,” off their latest album “Chasing Prophecy” has almost a million hits, excluding several fan made videos of the song. The song has an upbeat rhythm with catchy Jewish lyrics. In their interview on Z Report, a Jewish music broadcast, the band discusses the significance of the song “Ya’alili.”

“For an original Hebrew Jewish song to go viral like ‘Ya'alili’ or like my friends say, ‘the Ya'alili fever’, is a phenomenon that surprised a whole lot of people,“ added Shmuel. As to what made the video so popular, he attributes it to “the jumping fish,” one of the video’s many humorous quirks. “Ya’alili” is not only the band’s first big hit, but their first song entirely in Hebrew and Yiddish. The song’s lyrics reflect and bring together the band’s experiences of playing all over the world, and seeing the different kinds of Jews living in different places. “Ya’allah” is a phrase commonly used by Sephardi music, while “li li li,” is commonly heard in Ashkenzi music. A “Ya’alili” according to Shmuel, is something that is not one or the other, but both.

The concert is partially supported by a grant from the Jewish Federation of Rockland County, and will serve as a fundraiser for the Hillel “so we can continue our many programs at the college and throughout the region,” said Oliver.

Tzipora Reitman, a member of the Hillel’s executive board, had assisted with the event. “I think it was an excellent choice to bring 8th Day,” said Reitman, “from my experience with them, 8th Day really brings people together, their music is not something only one group can enjoy- it appeals to a wide group of people, and we’re expecting a really big turnout from Rockland’s diverse Jewish community.”

The idea of the concert, explained Reitman, is to bring people together. 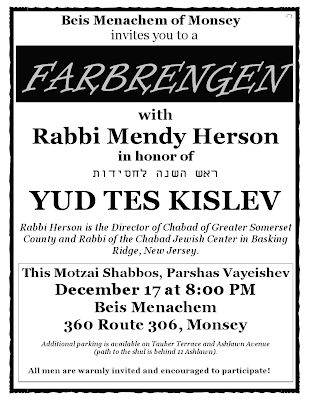