In honor of the Pidyon HaBen of his grandson, Reb Avraham Hayman has announced tonight, at the Cheder Chabad of Monsey 12th anniversary dinner, a new 24 hour matching grant to benefit the Cheder.

All funds raised through this grant will go towards paying the salaries owed to the Cheder melamdim.

To make your pledge, please contact avrahamhayman@gmail.com or 845-371-0380 before tomorrow night.

Thank you in advance! 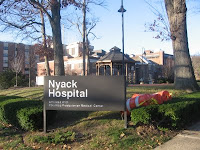 By Jane Lerner, The Journal News NYACK — Nyack Hospital was the only hospital in Rockland, Westchester or Putnam to be named as a top performer by a national nonprofit group that ranks health care organizations.

The Rockland hospital was one of only eight in the state to be considered a top-performing institute for 2010, in a ranking by the Joint Commission, which accredits and certifies more than 19,000 health-care organizations and programs nationally. The agency looked at performance related to 22 accountability measures for five medical conditions: heart attack, heart failure, pneumonia, surgical care and children's asthma care. Nyack Hospital was cited for outstanding performance in all of the conditions except children's asthma care, for which it did not report data.

"If you do well on these measures, you do well in everything else," said Dr. Michael Rader, vice president and medical director of Nyack Hospital. "It's the sign of a very good hospital." The only other hospital in the Lower Hudson Valley to make the list was Bon Secours Community Hospital in Port Jervis, which is part of the same network that runs Good Samaritan in Suffern.

"We are delighted that one of our three hospitals was recognized along with seven others in New York state," spokeswoman Deborah Marshall said in a statement. "Good Samaritan Hospital, along with our other large hospitals, is part of a continuous improvement program in all the indicators that are measured by the Joint Commission and we are performing very well." The Joint Commission cited more than 400 hospitals nationwide that it said had a strong record of "attaining and sustaining excellence in accountability."

A well-coordinated effort by the entire administration and staff to improve performance resulted in the top ranking, said Kathy McAuliffe, director of performance improvement for Nyack Hospital. Evidence-based care — treating patients based on what has been shown to be most effective — is the way to improve results and patient safety, she said. "It's like having a nurse follow you around all the time," she said.

The push by hospitals nationwide to improve results comes as both commercial insurance companies and government programs like Medicare and Medicaid warn they no longer will pay for bad or ineffective care. Nearly 15 percent of all initial hospital stays in New York resulted in a re-admission, according to a study released this week by the New York State Health Foundation. Those extra hospital stays cost the state an estimated $3.7 billion per year, which accounts for 16 percent of total hospital costs in New York.

The following is a letter penned by Reb Sholom Mordechai Rubashkin last night, Motzai Shabbos, following the news on Friday that the federal appeals court has denied his attorney's request for a new trial.

We may hear besuros tovos soon. 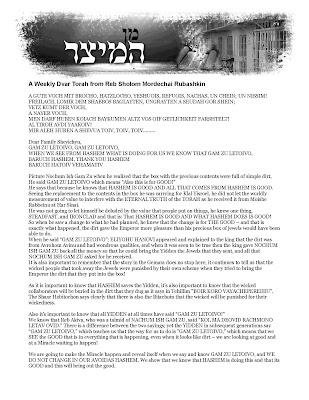 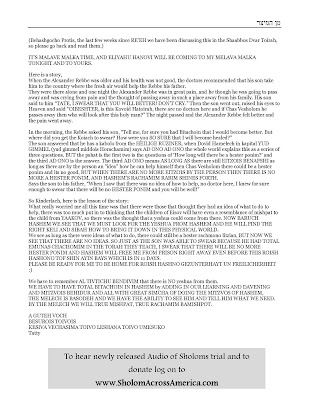