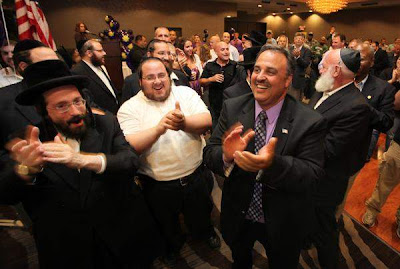 Looking to hire a teacher for our Hebrew School in Orange County every Sunday from 10:00 AM to -12:15 PM. School is approximately a 40 minute drive from Monsey. Great pay. 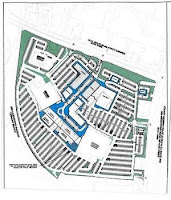 The new Nanuet Mall will be smaller than the existing one and will have outdoor stores that will feature Main Street-style buildings.

Simon Property Group Inc., the owner of the mall, submitted site plans to the Town of Clarkstown, formally declaring their vision of what the long-awaited mall will look like.

"It will be a walkable outdoor mall," Supervisor Alexander Gromack said, with sidewalks and canopies.
Simon plans to demolish the existing structure — except Macy's and Sears, which own their buildings — and rebuild a new mall. The new structure could be complete and open for business by the fall shopping season in 2013, Gromack said.

The town and Simon have been in discussions for years about the Nanuet Mall, the oldest mall in Rockland that began to lose customers and tenants when the larger Palisades Center opened in 1998. They hope a refurbished mall with high-end stores will bring customers back.

According to Gromack, the new mall will have a smaller footprint of 762,000 square feet, about 140,000 less than the current mall, which measures 906,000 square feet. The square footage includes Macy's and Sears.

Simon has not submitted a demolition plan, Gromack said, but one is expected by the end of the month.
It would take another month for the building department to approve the plan because of concerns about what impact the demolition would have on Macy's and Sears and what safeguards would be provided to customers who shop at the stores.

Once a permit is received, demolition could start in November or December.

It would also take at least six months for the Planning Board to review the project.

Simon would also have to appear before the Architecture and Landscape Commission to seek approval of its landscaping plan for the mall.

The site plan submitted earlier this month provides a preliminary view on the size and architecture of the building. It does not include a list of stores that will be housed in the mall.

In the past, Gromack has said the mall will likely include a movie complex, offices, various restaurants and high-end stores.

Talk about an updated Nanuet Mall with a popular anchor store like Nordstrom has been making the round for years.

Simon has already submitted plans to move Banchetto Feast, a tenant with whom the mall has a 25-year lease, to Main Street in Nanuet.

"Based on our meetings with them, there is every indication that they are very eager to start the demolition and get before the planning board," Gromack said. "They tell us that in a perfect world, they'd like to get ready for the 2013 shopping season."

Mazel tov to Reb Yechiel and Malka Kleinman on the birth of a grandson born to Shloimy and Leah Kleinman of West Bloomfield, Michigan!

If you had seats last year, those same seats will remain reserved until this Wednesday morning, September 21. If you do not reserve by Wednesday morning your seats from last year will become available to the public.

Due to the Shul's cash flow challenges, all reservations must be accompanied by advance payment for next year's Shul membership and any extra seat charges. The payment can consist of post-dated head checks or credit card authorization. For a reservation form and pricing please see below.

For reservations, please contact Reb Avraham Hayman following weekday davenings at the shul or at 845-371-0380 or avrahamhayman@gmail.com. 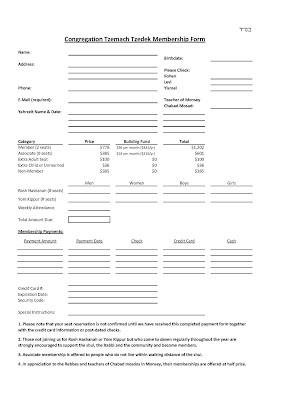 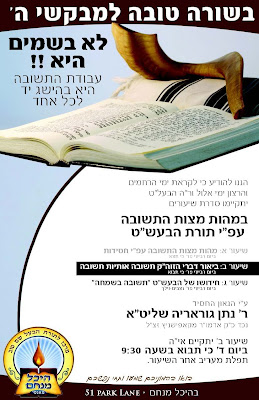