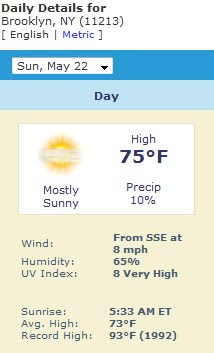 Early Shacharis Minyanim:
Tzemach Tzedek will be having Shacharis minyanim at 7:00 AM, 7:30 AM & 8:00 AM this Sunday morning, Lag B’Omer, to enable people to get to the parade on time.

Parade Weather:
The forecast for Sunday is mid-to-high 70s and sunny. Be sure to pack sunscreen and bottled water.

Pictures and Video:
If you have good pictures and/or video of the Monsey sections or of the Monsey mosdos marching please send it to news@monseychabad.com so we can share it with the community.
No comments: 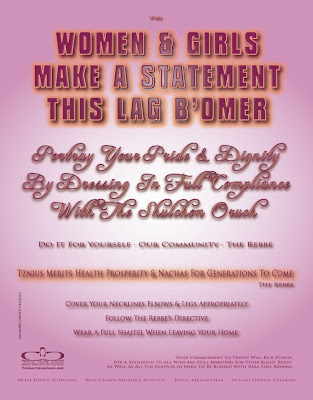 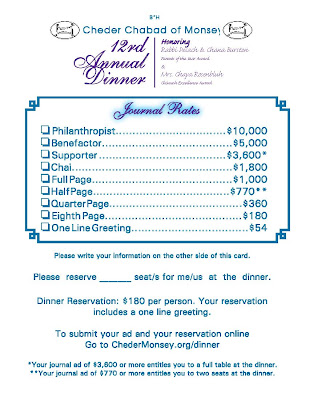 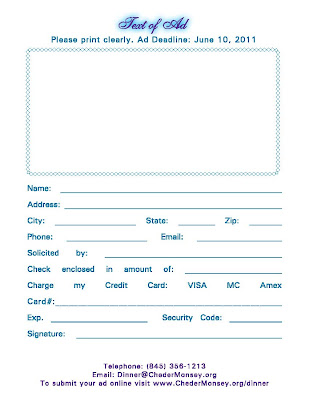 By James O'Rourke, The Journal News

SPRING VALLEY — East Ramapo voters resoundingly rejected a $200.5 million schools budget for 2011-2012 and elected two new members to its Board of Education Tuesday during the district's school board elections.

Turnout was heavy. When polls closed at 10 p.m., residents were still waiting on line to vote at eight of the 10 polling places.

Close to 50 people waited until about 12:30 a.m. this morning at the district headquarters on Madison Avenue for the final results to be tabulated.

Among the new faces on the school board are Yehuda Weissmandl, 35, of Spring Valley and Daniel Beno Schwartz, 41, of New Hempstead.

Schwartz will take the seat currently held by Aron Wieder, who did not seek re-election.

"It was an honest campaign," Schwartz said early this morning while waiting for results.

"I think both sides ran a tough campaign; both sides campaigned hard, as well they should because the issues are important."

Also elected to the board Tuesday was Moshe Hopstein, who fended off challenger Margaret Hatton, and JoAnne Thompson, who ran unopposed.

The election results mean the Board of Education will retain its Hasidic and Orthodox majority.

In turning down the budget, district voters rejected its 8.88 percent property tax increase and the elimination of nearly 90 full-time positions.
No comments:

When shopping at All Fresh or Rockland Kosher please mention 634-7400 to the cashier when paying as the phone number on the account so that Monsey Beis Chaya Mushka gets a percentage. You then pay using the method that you normally would. There is no need for MBCM Dollars.

If you are having your order delivered, please make sure to note your home address for delivery so that it is not delivered to MBCM.

Thank you for your continued support!
No comments:

Itche Noach Zeiler would like to invite the Yungeleit to a Lag B'Omer barbeque and kumzitz this Motzai Shabbos, May 21, at 10:30 PM at his home, 18 Zabriskie Terrace. Please bring a chair.

If you are able to contribute soda, seltzer, juice, coleslaw, salads ,chips, etc. please contact Shloime Litzman, who is coordinating the food, at sambunzl@gmail.com.
No comments: 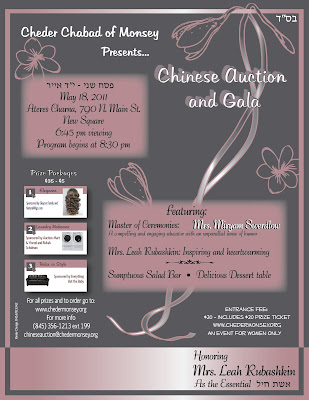