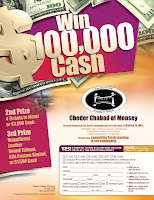 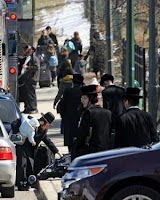 The large spike in the populations of Ramapo's Orthodox and Hasidic communities fueled a townwide increase of more than 16 percent, according to the latest census figures.

The increases made sense to Israel Spitzer, deputy mayor of New Square, the Hasidic village that saw its population increase by 50 percent to a total of 6,944.

"It's families expanding," Spitzer said. "We have close to about 100 weddings each year. We have a lot of births each week.

"It's a growth in the community," Spitzer said. "Teenagers are maturing and starting their own families, and we pray to God (to) bless them all with health and wealth."

Kaser, home to a large Hasidic community, saw a 42 percent increase to a total of 4,724 residents.

Ramapo had the largest population increase among Rockland's five towns between 2000 and 2010, census figures show. The town saw a 16.24 percent uptick that brought its total population to 126,595.

Ramapo now has 42,408 more people than the town with the second-largest population, Clarkstown, which saw a modest 2.56 percent increase that brought its total population to 84,187, according to the census.

Mona Montel, a modern Orthodox Jew and a longtime Ramapo resident, said the growth across the town was a positive sign.

"It is really a testament to the fact that Ramapo is a wonderful place to live and raise a family," Montel said.

She is also chairwoman of the Ramapo Democratic Committee and the town's director of purchasing.

Ramapo has been experiencing significant growth for a number of years, and the situation often has pitted residents who say more housing is needed against residents who want to halt building to preserve open space.

"To me, (the growth) proves there's room here for everyone regardless of their race, ethnicity or religion," Montel said.

"There are enough resources for everyone," she said. "Progress and growth is something that not only New York but the U.S. in general was based upon. We should welcome everyone with open arms."

Mrs. Rivky Abramov, an experienced teacher is opening a camp and playgroup for the upcoming school year in her home.

It will be a small group for 3 year olds and will include alef beis, parsha, challah baking, movement, crafts, swimming and more where children can explore, discover, learn, wonder, create and be kids!

Mazel tov to Rabbi Gedaliah and Sarah Leah Oberlander on the birth of a granddaughter born to Dovid and Leah Gittel Oberlander of Crown Heights!
No comments:

Mazel tov to Rabbi Yisroel and Mushkie Silverstein on the birth of a baby girl!

Shifra and Puah arranges homemade meals from people in the community for mothers of newborn children from our community. If you are able to cook a meal, please sign up on MealTrain or contact Karen Schild at 845-354-4898.
No comments: