NCFJE of Rockland, under the leadership of Rabbi Simcha Werner, will be holding a public Menorah lighting this Wednesday night, December 1, at 6:00 PM in the Food Mart International large parking lot on the corner of Route 59 and Route 45 on the eastern side of the parking lot facing 59 East (towards Nanuet).

Donuts will be served, as well as music, dancing and prizes for the kids. All are invited and encouraged to participate in this kiddush Hashem and Mivtza Chanuka.

Beis Menachem Yungeleit Commit to Not Talk in Shul

The Yungeleit who frequent Beis Menachem organized a spur-of-the-moment farbrengen last night in preparation of Yud Tes Kislev. The farbrengen was hosted by Dov Oliver in honor of the Yahrzeit of his grandfather.

Rabbi Kagan farbrenged about Yud Tes Kislev and Lubavitch’s unique approach to Ahavas Yisroel and learning Pnimiyus HaTorah. This was followed by a lively discussion about creating a more ruchniyusdike atmosphere for Beis Menachem.

In a most beautiful expression of unity and yearning to grow in their Yiddishkeit, the Yungeleit in attendance went around the table and each made a public hachlata to make a strong effort not to talk at all in shul during Davening and Krias HaTorah! A few people who couldn’t make it to the farbrengen joined in making the hachlata by phone and text message.

Rabbi Kagan immediately wrote up a pan, that was delivered to the Ohel this morning, with the full description of the hachlata and all of the names of those who participated in it.

In the zchus of this hachlata, and its implementation, may the Aibishter bless all of the participants and their families b’gashmiyus and b’ruchniyus with only revealed good! 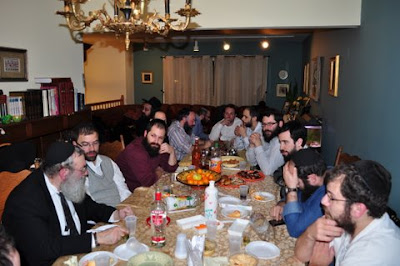 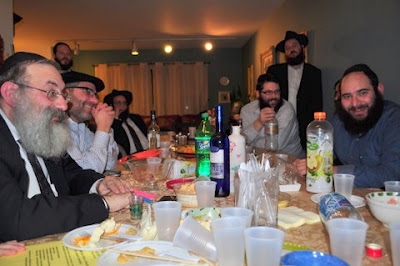 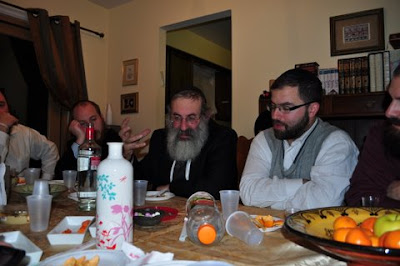 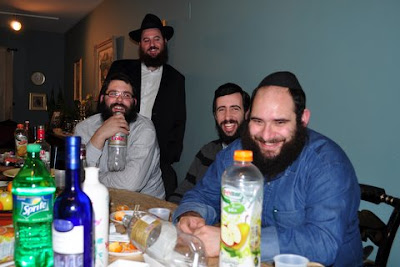 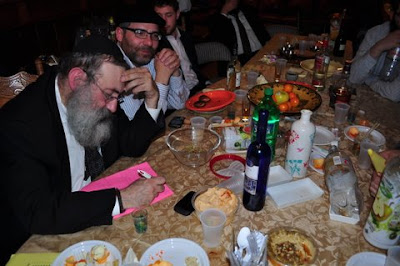