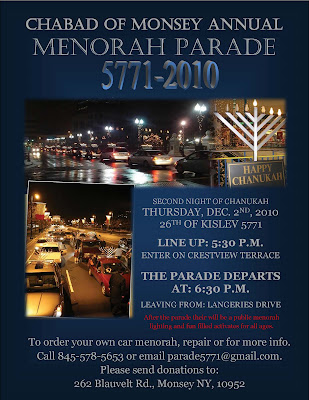 It has been six weeks since we started the “Know Your Brochos!” program in Cheder Chabad of Monsey. All of the boys are working hard to earn cards, and some boys have almost completed their sets!

It is such a pleasure to hear the beautiful Brochos being said. Before recess, the sound heard in the hallway is boys making loud brochos on their snacks. After lunch and during bentching all the boys are pointing inside the bentcher and saying each word clearly.

The awareness of making brochos and the knowledge of the proper brochos has grown tremendously. Students are asking their Rebbis what bracha to say on different foods.

There has been 2 optional brochos quizzes and the boys did very well. One surprising fact for the children (and adults too!) is that avacados grow on trees and therefore their brocha is העץ!

The excitement of “Know Your Brochos!” is spreading, with more than seven additional schools participating. For more information, check out knowyourbrochos.com.

An exciting new program for Monsey Anash has been created. As you know, the Rebbe has established that every Chabad yeshiva have a weekly seder of Mivtzoim on every Erev Shabbos.

Baruch Hashem, our community has a devoted group of Bochurim and Shluchim who each week go out on established routes and reach many Yidden. We are now ready to take this to the next level and would like to invite the Baal HaBatim and Yungeleit of the community to join and take part in this important endeavor.

We will be pairing groups of Bochurim with an adult from the community who wants to take on one route each week or as often as he is able to. The goal of this program is to enable Anash who are otherwise involved in parnassah pursuits throughout the week to directly take part in reaching out to Yidden and doing mivtzoim. Furthermore, as Bochurim graduate and leave yeshiva, and new Bochurim arrive to take over the routes, the Yidden on these routes will continue to maintain a long term relationship with the Anash who will keep that route and bring along the new Bochurim. This will help the Mekuravim build lasting contact and involvement with our community, and hopefully encourage them to get more involved in Jewish life.

If you are available on Friday afternoons for any amount of time, and would like to take part in this opportunity please email rhami@monseychabad.com.
No comments:

According to Ynet, Israeli supermarket “Yesh” will be opening in the location of the former Pathmark of Monsey before Pesach of this year.

According to the article Monsey is a significant aim for the Yesh chain as it is populated by a large Jewish population, most of which are young members of the Hassidic community. Yesh's entry into the local retail market will create competition for local kosher retailer Rockland [Kosher], whose store is just minutes away from the community, and has been addressing the consumer needs of the religious Jews in the area.

This is the first time that an Israeli supermarket chain will be opening a branch outside of Israel, and the first time Shufersal has made its intentions for overseas expansion known.

Shufersal launched the first branch of its subsidiary Yesh two years ago. It caters to the haredi sector and large families and now numbers 54 branches under the Yesh name. The subsidiary was founded after Shufersal completed the purchase of the haredi Alef supermarket chain and with a 70 million shekel investment, converted its branches, and the branches of its own Zol-Po stores to the new format.

Over the past two years Yesh has won the favor of Israel's religious public, due among other things, to the troubles suffered by its competition Shefa Shuk which belongs to Blue Square (Ribua Kahol).
No comments: 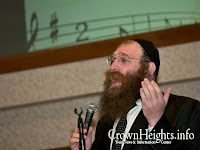 Following the success of the Cheshvon farbrengen with Rabbi Beryl Zaltzman we are happy to announce that the Kislev farbrengen for Yungeleit will take place this Motzai Shabbos, Parshas Vayishlach, November 20, and will feature Rabbi Levi (Levke) Kaplan.
The farbrengen is in honor of Yud Daled Kislev, the wedding anniversary of the Rebbe & Rebbetzin in 1928, as well as a Chanukas HaBayis for the Hirsch family and will take place at 9:00 PM at the home of Yossi Hirsch, 26 Fessler Drive.
Rabbi Kaplan is a world renowned Chazzan, Rav of “The Shul” in Crown Heights, directs the TorahCafe and MyShiur programs of the Jewish Learning Institute (JLI), and serves as Director of the Ivy League Torah Study Experience (ILTSE).
No comments: