There will be no women's shiur this Wednesday night. The men's Samach Vov shiur will take place as usual.
No comments:

All women and girls are invited to the Shabbos Kallah of Rochel Bracha Litzman this Shabbos afternoon at 3:30 PM at the Litzman residence, 58 West Maple Avenue.
No comments: 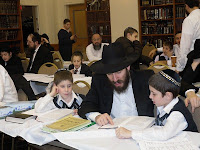 Thanks to Rabbi and Mrs. Refoel Leitner for sponsoring this week!

Many exciting things are happening at Cheder Chabad Girls. חודש כסלו began with a bang as we introduced our theme and “destination” for the month. As part of the Bnos Chabad Program every month we “fly” to another country. מרשחון was England and now in כסלו we are off to Russia. The idea being that through חסידים we can warm and strengthen ourselves in תורה and חסידות.

The girls entered the lunchroom onראש חודש to find the table set in a cold frosty theme. After lunch, Mrs. Naama Freundlich warmed the girls up with a lively warm-up workout. The program concluded with the entire preschool and elementary girls receiving snow cones. Thank you to the Levine family for providing us with this yummy treat!

Prizes for the מרחשון theme were awarded, and three grand winners got personalized and monogrammed umbrellas for England.
Pictures:
Video:

There will be a farbrengen this Wednesday night, November 17, following the 9:30 PM Maariv minyan at Tzemach Tzedek in honor of Tes and Yud Kislev.

Tes Kislev is both the birthday and day of passing of the Mitteler Rebbe, Rabbi DovBer of Lubavitch, son of the Alter Rebbe and the second Lubavitcher Rebbe.
The Mitteler Rebbe was known for his unique style of "broadening rivers" -- his teaching were the intellectual rivers to his father's wellspring, lending breadth and depth to the principles set down by the Alter Rebbe.
Born in Liozna, White Russia in 1773, Rabbi DovBer was named after Rabbi Schneur Zalman's mentor and teacher, Rabbi DovBer of Mezeritch, who had passed away on Yud Tes Kislev of the previous year.
Rabbi DovBer assumed the leadership of Chabad upon his father's passing in 1812. In 1813 he settled in the town of Lubavitch, which was to serve as the movement's headquarters for the next 102 years. In 1826, he was arrested on charges that his teachings threatened the imperial authority of the Czar, but was subsequently exonerated.
The Mitteler Rebbe passed away on his 54th birthday in 1827, a day before the first anniversary of his liberation.

The date of his release, Kislev 10, is celebrated amongst Chabad Chassidim as a festival of liberation. Tachnun is omitted, farbrengens are held, and the Mitteler Rebbe’s teachings are studied.

We recently moved in to our house in Monsey and the previous non-Jewish owners left a beautiful glass top table and chairs with a black base and 4 black fabric chairs. If you would like to pick it up free of charge please call 718-757-9149. 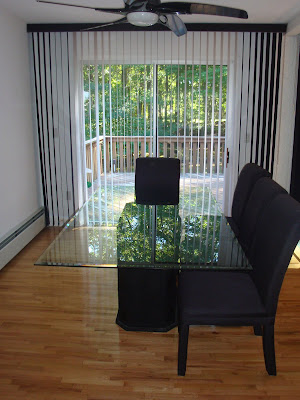