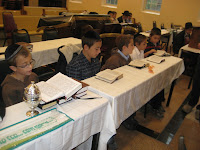 Boruch Hashem Monsey’s first ever SUKKOS CAMP, a project of Monsey Youth & Rabbi Sruly Goldberg, was a smashing success! The campers had a very meaningful and most exciting Chol HaMoed experience.

There was a very tight schedule packing in the very most Ruchniyus and Gashmiyus that the day allowed.

SUKKOS CAMP began with a bang! Dividing of the bunks followed with counselor Reuvy Litzman as Chazan, leading a beautiful and very chayosdike Shacharis. The campers had a chance to learn how to do the nanuim during Hallel and how to circle around the Bimah for Hoshanos.

After a quick snack in the Sukkah, the campers split into learning classes. Knowing the importance of learning Torah every day (even during vacation), the campers learned Mishnayos, Halocha and a Sicha with great diligence.

Under the guidance of Mendel Kroll, the boys got right to work with Arts & Crafts. Being very creative every camper designed their very own edible Sukkah. It was a lot of fun and very tasty too!

The schedule said it was time for lunch, so into the Sukkah we went for mac & cheese, corn on the cob and salad. After some Sukkos trivia questions and second, third, . . . helpings of the delicious lunch, a spectacular bentching took place.

The vans were already waiting to make sure the campers were on time for Mivtzoim at the Esther Gitlow senior living centre. When they got there counselor Zevi Schulman directed a very freiliche and varme Kapelia (choir). The campers sang and danced to the great delight of the residents. Camper Dovid Jacobs accompanied the choir on the piano. After the singing and dancing the boys went around helping the residents bentch Lulov & Esrog, give Tzedakah and presented each of them with a special gift. The campers really enhanced the Simchas Yom Tov of all the residents while helping them perform the many MItzvos.

Back to camp for our next activity - a grand game of GAGA! The campers had a great time playing together and trying to beat the counselors.

That activity really worked up an appetite . . . time for our afternoon snack. We had another chance to make so many brochos especially a Leishev B’Sukkah.

Then we all went to the back of the shul where Counselor Yissochor Eisenberg set up a video of the Rebbe. We heard about the children’s rallies that the Rebbe would come to on Chol Hamoed Sukkos, and how much Nachas we can give the Rebbe even today. So we went ahead and had a rally right there in Beis Menachem. We said the psukim and sang some niguunim.

Some campers were then presented with an “Award” and a special gift for their effort in Davening, Learning, Ahavas Yisroel and MIvtzoim.

At the end of such a fun filled, action packed, meaningful Chol Hamoed day, the only question left was “Can I come to Sukkos camp tomorrow”?

A big Yashor Koiach to all the Teiere Bochurim who made this camp a success. May the Eibeshter bentch you with Hatzlocha in your learning and continuously going M’chayil El Chayil.

Volunteers are needed to call 30 members of Anash each to solicit donations to pay Cheder Chabad of Monsey Rebbeim and staff back salaries from last year.

The Cheder is trying to raise $30,000 under this campaign and will solicit donations of $54 and $108. For Cheder parents in need e-credits, you can take advantage of this great opportunity to earn credit!

This opportunity is available to the first 10 volunteers who respond. Please call 845 406-3288 or e-mail rrothsch@yahoo.com.
No comments: 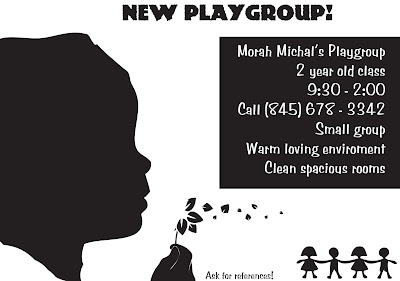