In his native Australia, Rabbi Dov Oliver and his American wife, Shevy, spent four years traveling in the Outback, reaching out to remote Jewish communities in sheep farms to spread the warmth and joy of Judaism.

In Rockland, the Jewish community may be larger, but the easy access hasn't dampened the Olivers' enthusiasm. As co-directors of Hillel of Rockland at Rockland Community College, the couple has been working with Jewish students to make the program the center of Jewish activity and identity.

In the three years the Olivers have been at RCC, the program has become more successful and its enrollment has doubled, they said.

"We are lucky to have a big and meaningful impact on the life of our students," said Dov Oliver, 31.

Their hard work and commitment was recognized this month, when the Jewish Federation of Rockland named the Olivers the winners of the Jewish Community Heroes project. The federation is the central planning, coordinating and fundraising body for local and international Jewish agencies, which supports many programs in the area.

"When I think of 'hero' I think of people who are saving the world or curing cancer," said Shevy Oliver, 29. "It's definitely an honor to be named that. I'm sure there are lots of people who deserve to be called Jewish heroes."

The Olivers were selected by online voters from a group of finalists that included Rabbi Chaim and Chaya Ehrenreich of the Chabad Jewish Education Center in Chestnut Ridge; Rabbi Shmuel and Devorah Gancz of the Chabad of Suffern; Brenda Lender, a longtime community volunteer with strong ties to Reuben Gittelman Hebrew Day School and JCC Rockland; and Sara Fuerst, who began Kosher Troops, a grassroots organization that sends kosher care packages to Jewish-American soldiers serving overseas.

"We were pleased that a representative from one of the Jewish Federation's beneficiaries won the contest," said Marla Cohen, director of marketing and public relations at the federation. "The Olivers ... have made Hillel a welcoming place for Jewish students irrespective of their level of involvement and wherever they are in their Jewish journey."

The Olivers engage students through celebrating Jewish festivals like Passover, Hanukkah and Purim, and through regular Torah studies programs. They also have social activities like kayaking, baseball games, arts and crafts that are open to all students, not just Jewish ones.

The Olivers also act as mentors to students, offering guidance on relationships, entering the work force, getting financial independence, and walking them through a crisis of faith. They encourage students to maintain their Jewish identity and seek a partner within their community.

Their own youth and life experience — Shevy Oliver is an alumna of RCC — help them connect with students.

"This is a very impressionable and pivotal stage," Dov Oliver said. "We support and guide them towards a strong Jewish identity in the rat race. We also seek to provide them with a viable way to incorporate their religion and culture into their growth as adults."

Twice a year, Dov Oliver leads a group of Jewish students to Israel, seeking to connect with their roots. This first-hand experience of Israeli life also helps them defend Israel and its policies if it comes up in discussions.

The Olivers have announced they will use the $1,000 prize money from the Rockland Jewish Hero contest as seed money for the Rockland Hillel Scholars Fund, which will provide assistance to college students wishing to pursue Jewish studies at recognized institutions in Israel. They hope the community will contribute money to the defray the cost of airfare, living expenses and tuition for those students. 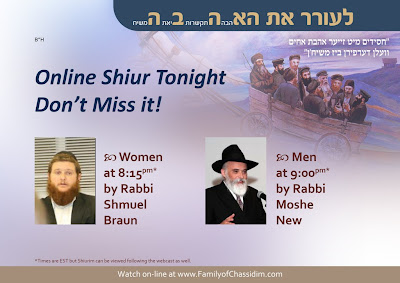