Mazel tov to Rabbi Yisroel and Sarah Feige Shusterman on the engagement of their daughter Mushky to Yossi (ben R' Shaya) Raskin of London!
No comments:

Freundlichs Being Honored by Stein Yeshiva 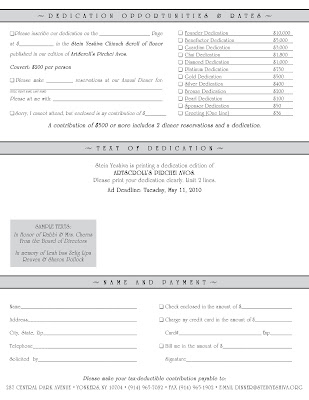 There will be a farbrengen following the 9:30 PM Maariv minyan at K’hal Tzemach Tzedek this Thursday night, April 15, in honor of Beis Iyar, the birth date of the Rebbe Maharash in 1834.

The Rebbe Maharash, Rabbi Shmuel Schneersohn, was the fourth Lubavitcher Rebbe. Although the Maharash was the youngest of the Tzemach Tzedek’s seven sons, he was chosen to succeed his father as Rebbe and leader of Chabad in the movement's capital, Lubavitch (four of his brothers established branches of Chabad Chassidism in other towns in White Russia and Ukraine). In addition to leading his Chassidim, guiding and advising their spiritual and material lives and authoring many maamarim), the Maharash traveled extensively throughout Europe, meeting with government and business leaders to exert pressure on the Czarist regime to halt its instigation of pogroms against the Jews of Russia. Rabbi Shmuel passed away at age 48 on the 13th of Tishrei, 5643 (1882).