If you have borrowed a gartel from Rabbi Shusterman's gartel gemach and mistakenly forgot to return it please do so so others can enjoy the benefits of this gemach!
No comments:

Farbrengen in Honor of the Rav's Birthday

Everyone is invited to celebrate the 60th birthday of our dear Rav, Rabbi Boruch Lesches, following the 9:30 PM Maariv minyan this Monday night, December 28, at K'hal Tzemach Tzedek.

The farbrengen is being co-sponsored by Tzadok Leib Messing in honor of the Shloshim of his sister Nina Leah A"H.
No comments: 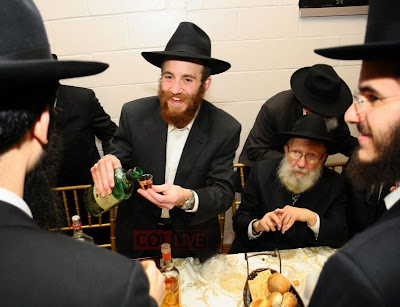 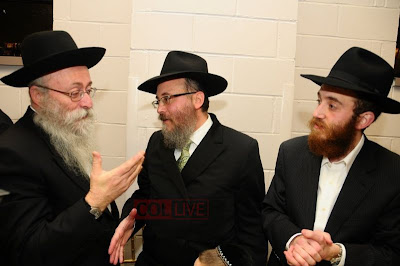 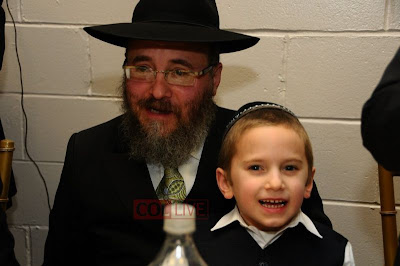 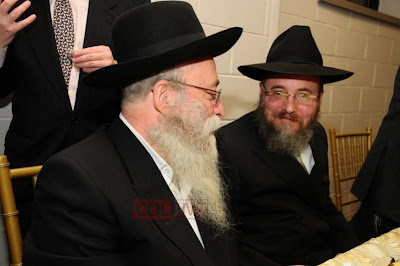 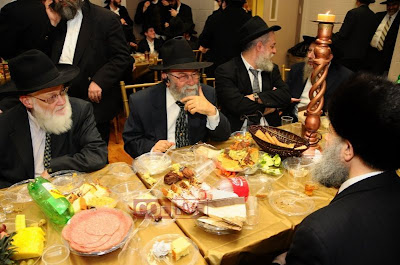 Cheder Chabad of Monsey would like to thank its students for selling over 3,000 raffle tickets raising over $5,000! Special mention goes to the students (pictured below) who sold the most in their respective divisions and age groups; C. Chein of 3rd grade, C. Schecter of 5th grade, Y. Schwartz of 4th grade, Y. Knabe of 5th Grade & R. Litzman of 7th Grade (not pictured). The grand drawing for the $500 cash price will take place soon and will be posted on the blog. Thanks to Mr. Wiener of www.dailysteals.com for donating all the student incentive prizes. 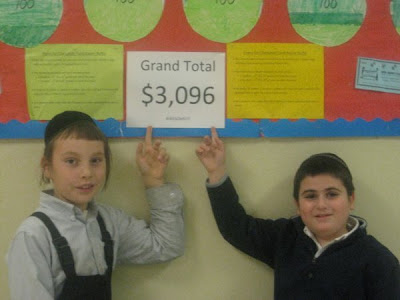 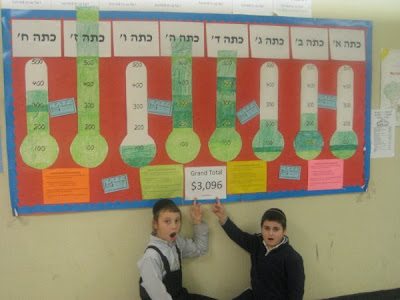 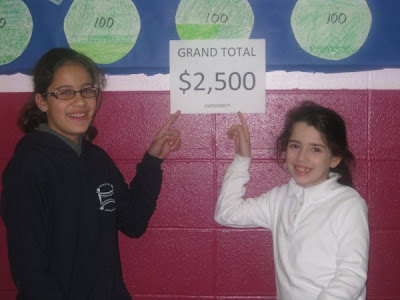 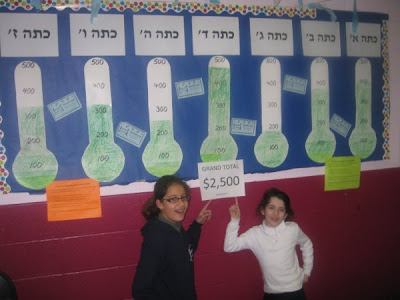 Hillel in the First Person

Hillel of Rockland serves a diverse population of college-age students in Rockland, primarily at SUNY Rockland. Since its founding in 1998, thousands of students have participated in Hillel programs, with more than 500 traveling to Israel on Mayanot Birthright programs. Some students begin college with the intention of seeking out Jewish life on campus, whereas others find their lives altered unexpectedly and remarkably by their Hillel experience. Following are a few students' first-person stories:

Lessons for Life
Growing up in Maine, I never learned much about my faith, so at first, I wasn't sure I should join Hillel. I am very thankful that I did, since the friends I have met through Hillel are very kind and supportive, and I am able to ask questions without being embarrassed. My first Shabbaton was a very good experience, unlike anything I had ever done before. I learned a lot about things I can apply to my life, such as relationships and the roles of Jewish women. I am really looking forward to going on a women's "Snorkel and Study" program in Key Largo, Fla.during winter break that Rabbi Dov and Shevy Oliver helped arrange for me. It will be another great opportunity to meet more girls my age and to learn even more about my Jewish identity.
-Kelly Meany, freshman, newcomer to New York

Finding Family
I relocated to Rockland from London, England, not knowing anybody in the area. I had a tough upbringing and a difficult past, and I was concerned that starting over in a new place and new school would be hard. Fortunately, I got involved in Hillel, which turned out to be a great group of people that really made an impact on me. Being comfortable with everyone at Hillel helped me break out of my shy shell and be myself. Making new friends has helped me through tough times and given me a chance to express my emotions. Being in the Hillel lounge on campus, with people sitting there, just talking, makes me feel happy. I'd say we're all sort of one big family! Through Hillel, I've become more attached to Judaism, especially through our "Nosh for the Soul" learning sessions. I've even gotten inspired to run for president of Hillel next semester!
-Megan Tabok, freshman, Nanuet

Not Seeking Jewish Crowd
I came to RCC as a young 16-year-old, knowing few people not initially looking for a Jewish crowd. However, once I got involved with Hillel, I found lifelong friends and wonderful advisors. Hillel changed my perspective on Judaism and opened my eyes to many different types of people. My experience with Hillel at RCC has had a lasting, positive impact on my identity as a Jewish woman.
-Shaina Aran, RCC Honors program graduate, employed at Davis Polk & Wardwell LLP

Transformed by Birthright
When I first started RCC, I was unsure about making friends until I met Rabbi Oliver, who made me feel at home and introduced me to a lot of people who became fast friends. Through Hillel, I explored the Jewish religion and connected with more new people. I also had the opportunity to go to Israel for free on Birthright -- the greatest, most unforgettable experience of my life. It transformed me into a young Jewish man and increased my attachment to Judaism.
-Evan Nachimson, freshman, Congers

Support System
The one thing that really helped me succeed throughout my five semesters at RCC has been Hillel. Not only was it a place to study and learn about Judaism in a fun environment, but it also enabled me to meet new friends and feel at home. When I transfer to SUNY Oswego in the spring, I will definitely see if there is a Hillel there, and if not, I plan to start one! I also plan on taking the Birthright Israel trip this summer. I would like to thank Rabbi Dov and Shevy for making Hillel such an amazing, fun environment, whether it was to relax or just to have people to talk to, knowing I could always count on them.
-Shayna Forte, sophomore

Hillel at SUNY Rockland is a beneficiary of the Jewish Federation of Rockland County.
No comments: