The parade was cheered on by many onlookers as it went on a 14 mile route through a number of towns including Monsey, New Hempstead, New City and Spring Valley and ended at the Spring Valley Marketplace shopping center where there were hot latkes, donuts, chocolate Chanuka gelt and raffles for the children. Following the recitation of the 12 pesukim the crowd heard from Rabbi Boruch Lesches, Rav of K'hal Tzemach Tzedek, and from the newly elected Mayor of Spring Valley Noramie Jasmin, who was also honored with lighting the Shamash candle for the Menorah lighting. Mayor Jasmin was accompanied by her Administrative Assistant Reb Aron Wieder. Rabbi Mendel Polter, the Rosh Yeshiva of Yeshivas Menachem Mendel Lubavitch, lit the menorah and sang Haneiros Halalu.

Special thanks to the Ramapo, Clarkstown and Spring Valley Police Departments for coordinating the traffic.

Thanks to Reb Dovid Kaplan and Jessica Messing for the pictures.

Seeking Ride From Buffalo or Toronto to Monsey

We are looking for a ride for our daughter from Buffalo or Toronto to Monsey either this Wednesday, Thursday or Sunday. Please contact 917-379-8599 or rabbigreenberg@yahoo.com.
No comments: 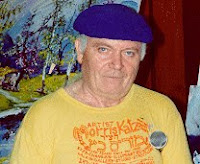 In addition to singer Benny Friedman, the Guiness World Book of Records listed world's fastest artist Morris Katz will be performing at the upcoming Monsey Beis Chaya Mushka dinner on January 10.
No comments: 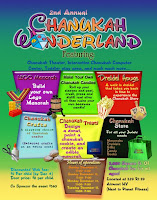 Chabad of Suffern is looking for girls 13 years of age and older who would like to volunteer at its Chanukah Wonderland today and tomorrow. If interested please call Devorah at 845-746-1927.

Mazel tov to Avrohom and Sarah Bruck on the engagement of their son Shmuel Dovid to Tova Wasserman of Toronto, Canada!

The l'chaim will take place this Thursday, December 17, at 8:00 PM at Lubavitch Yeshivah (Crown and Albany) in Crown Heights.
No comments:

NCFJE of Rockland, under the leadership of Rabbi Simcha Werner, will be holding a public Menorah lighting tonight, Monday, December 14, at 6:00 PM in the Food Mart International large parking lot on the corner of Route 59 and Route 45 on the eastern side of the parking lot facing 59 East.

Rockland County Legislator Phil Susskind will be lighting the Menorah and addressing the community. Hot latkes and donuts will be served, as well as music, dancing and prizes for the kids. All are invited and encouraged to participate in this kiddush Hashem and Mivtza Chanuka.