'Yemenite Jews Won't be Absorbed by Satmar' in Monsey

The head of a New York Jewish organization that will help to absorb some of the last Jews of Yemen has rejected accusations that the community he represents - Monsey, New York - is "anti-Zionist."

"It saddens me that the rumor mill has claimed they're moving into an anti-Zionist community," said Yisroel Schulman, a New York attorney who is involved in the resettlement. "Our community sends the largest delegation to the annual Israel Parade, over 1,000 people. Our community boasts some of the largest philanthropic supporters of institutions in Israel, hospitals, schools, social service organizations. It's offensive to say we're anti-Zionist."

Some 113 Yemenite Jews, over a third of the Sunni Arab country's isolated Jewish community, will be making their way to the United States in the coming weeks on special visas from the US State Department. They are to be settled in Monsey, which is located in Rockland County, north of New York City.

The move has garnered accusations from the Jewish Agency and World Zionist Organization that the Yemenites were being settled in an "anti-Zionist" community of Satmar hassidim, a haredi group that believes political Zionism is delaying the Messianic redemption of the world.

But according to Schulman, who is president of the New York Legal Assistance Group, which will be helping the incoming Jews with legal matters, the claims of the Israel-based Zionist institutions amount to "misinformation and disinformation."

These include FEGS, a refugee absorption agency of the UJA Federation of New York; Schulman's own NYLAG; the Hebrew Immigrant Aid Society, which holds the resettlement contract from the State Department; the Queens-based Yemenite Federation; the New York and Rockland County Jewish federations; and a large number of Rockland County Jewish community members "who are helping us find apartments and arrange for health care and educational services."

It is even supported by a host of non-sectarian and even non-Jewish institutions, maintained Schulman, who sits on the board of the Rockland County federation.

"Our JCC is coming up with athletic programs; the president of our local community college is involved in helping to provide English and civics classes; the Monsey family health center will be providing the medical stuff; the New York State Department of Social Services, together with the Rockland County Department of Social Services, will expedite government benefits such as Medicaid, so that these immigrants will receive these immediately," he said.

Furthermore, each incoming family "will have freedom of choice of education, whether public school or any number of day schools and yeshivas in Rockland County."

These include a Conservative day school, as well as Modern Orthodox and haredi schools. "All these schools belong to a central Board of Jewish Education. That board has met, and each school said, 'I can take five kids, I can take six kids.' Remember, they're taking the kids free or charge."

The absorption in Monsey - instead of Israel - was the choice of the Yemenites themselves, Schulman insisted. "The State Department interviewed these families, and they chose to come to the US. Many of them have family connections or close personal contacts here."

That's because Monsey already boasts a small Yemenite community with a synagogue and a rabbi.

"Nobody went and convinced these people you shouldn't go to Israel. I think all of us deep down have a preference that the entire community would go to Israel. However, these people have free choice and these families on their own decided they want to immigrate to the US," he said.

Rejecting the Israelis' fears that Satmar would take over the initiative, Schulman explained that Satmar was a partner in the project, but not a major one.

"Satmar has committed the 'terrible act' of raising funds for the communal Yemenite Settlement Project," he said, "as has the rest of the community."

Monsey, he noted, was not a center of Satmar life. "The Satmar community generally lives in Williamsburg [a neighborhood of Brooklyn] and Kiryas Joel [in Orange County], both of which are over an hour away. The Satmar community in Monsey is not a large segment of the 100,000 Jews in Rockland County."

As for the percentage of funds coming from Satmar sources, Schulman says he neither knows nor cares. "I don't have a way of determining if a check is from somebody from Satmar, but the fundraisers have been very broad-based."

In a statement in response to Schulman's comments, the Jewish Agency reiterated a previous statement that "we believe Israel is the preferred destination for Jews leaving countries of distress."

According to a former Jewish Agency employee in North America, the agency's concerns stem from past experience. "In the past, Jews from Yemen who opted to go to Monsey were absorbed into the Satmar community. There may be a few exceptions, but the vast majority are Satmar today. The intentions of this project and the final result are two very different things."
No comments:

Rabbi Shusterman kindly asks that all who borrow gartels from the Gartel G'mach at K'hal Tzemach Tzedek should please return the gartel after using it to Rabbi Shusterman's shtender. This will enable everyone (including yourself) to have a gartel available the next time someone needs one.
No comments: 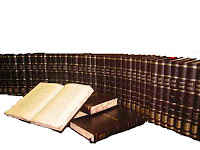 Mazel tov to Shlomo and Chana Rochel Elfassy on the birth of a baby boy!

Shifra and Puah arranges homemade meals from people in the community for mothers of newborn children from our community. If you are able to cook a meal, please contact Karen Schild at 845-354-4898.
No comments:

House Near Tzemach Tzedek for Sale

A large and beautiful home is for sale at 2 Altman Court.

The house is a bright and airy center hall colonial on 1.8 acres with 7 bedrooms, 4 full baths, spectacular kitchen with 3 of everything and miles of granite counters, new hard wood floors throughout and an open design. Quick-sale price is $689,000.

Owners moved to Israel and are motivated to sell.

Mazal tov to Pinchas and Sarah Marrus on the birth of a grandson born to Yoni and Aviva Marrus of Mequon, Wisconsin!
No comments:

Mazal tov to Pinchas and Sarah Marrus on the engagement of their daughter Shaina to Meir Gurkow of Montreal!