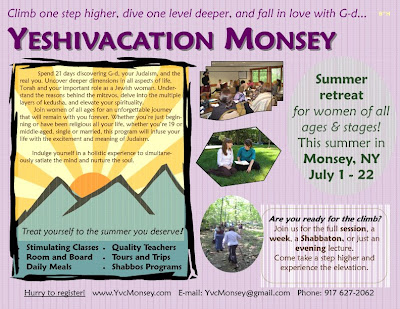 By Gary Stern, The Journal News

The large Jewish community in the Lower Hudson Valley is carefully reviewing security measures at synagogues and other institutions after the foiling of an alleged plot to bomb two Riverdale synagogues.

Jewish leadership groups and congregations have been intensely focused on security since the terrorist attacks of Sept. 11, 2001, and many hold regular meetings with law enforcement about the latest potential terrorist threats.

"No one is creating security today," Elliot Forchheimer, executive director of the Westchester Jewish Conference, a coordinating body for 125 synagogues and groups, said yesterday. "Since 9/11, we have been on ongoing high awareness."

Forchheimer and other Jewish officials checked in yesterday with law enforcement contacts at the federal, regional and local levels.

In midafternoon, the Westchester Jewish Conference sent an e-mail to its members stating:

"To summarize, the individuals involved in the incident yesterday are regarded as aberrant individuals and not part of a pattern or trend. Jewish organizations should continue to maintain and test their security protocols. There is no information of any additional threats because of yesterday's incident."

"We review, assess and update any security protocols in light of new technology and capabilities," he said.

Carol Blau, president of the Jewish Federation of Rockland County, which provides funding to various Jewish institutions, said her group is in regular contact with Sheriff James Kralik and local police departments.

Rabbi Shmuel Gancz, head of Chabad of Suffern, which runs a Hebrew school for children, said the main concern after Wednesday's arrests might be a copycat crime.

"One group can awaken others," he said. "We're not locking down or canceling programs, but we'll be more cautious."

Gancz said the doors to Chabad have been permanently locked - requiring visitors to be buzzed in - since the terrorist attacks in Mumbai, India, in November, which included the bombing of a Chabad center.

"It's something we are never finished with," he said. "We're always looking at it. So is everyone else."
No comments: