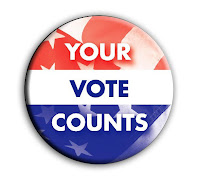 This Tuesday, May 19, 2009 the Board of Education Elections and the Annual School Budget Vote will be held from 7:00 AM to 10:00 PM. All polling will take place at your regular polling location. For more information and polling locations please click here.
No comments:

Rockland Police to Crackdown on Non-Seat Belt Use 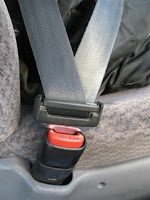 Wearing seat belts can save lives and money.

Police across Rockland and the region will be out in force for the rest of May to ensure drivers and their passengers buckle up.

The yearly campaign, "Click It Or Ticket - Buckle Up New York," kicks off tomorrow and continues through May 31.

As part of the national campaign, police will establish checkpoints and take a zero-tolerance policy toward motorists who don't buckle their seat belts.

"Seat belts clearly save lives," Rockland sheriff's Detective Lt. William Barbera said. "But, unfortunately, too many folks still need a tough reminder, so we are going to be out in force day and night in 2009 buckling down on those who are not buckled up."

In Rockland during 2007, 19 vehicle occupants died during crashes and of those deaths, 6.3 percent were not wearing seat belts, Barbera said, citing the latest statistics.

Nationwide during 2007, more than 14,000 people died in crashes while unbelted, according to the National Highway Traffic Safety Administration.

About half of these lives could have been saved if they had been wearing seat belts at the time of the crash.

The death toll gets worse at night when 8,319 people, about 63 percent, were not belted, according to the agency.

"Consistent research has shown that fewer people are buckling up at night, when the risk of being in a fatal crash is greatest," Barbera said.

The New York State Police will be out in force during the 14-day crackdown on the Thruway and Palisades Interstate Parkway. In 2008, troopers patrolling the Thruway issued 16,200 safety-restraint tickets.

"Each year, the members of Troop T experience first-hand the unfortunate consequences of failing to buckle up," Troop T commander Maj. Robert C. Meyers said. "It only takes seconds to buckle your seat belt and essentially save your life. It really is a matter of life and death."

Over the years, the fatality rate along the 570-mile Thruway has been much lower than the national average, Fleischer said.

Thanks to Ron Goldblatt for the video.
No comments:

Dr Susskind from chaim on Vimeo.

Five male counselors who will be working in a camp near Monsey are looking for an apartment to rent in Monsey from the end of June through the middle of August. If you have an apartment or know of one please call 718-662-1816.
No comments: