Rabbi Lesches will be giving a Shabbos HaGadol shiur for men and women this Shabbos afternoon at 6:00 PM at K'hal Tzemach Tzedek.
No comments:

In the spirit of Hakhel and Achdus there will be a large communal Birchas HaChama ceremony for men, women and children this Wednesday, Erev Pesach, April 8, at 8:30 AM in the parking lot of K'hal Tzemach Tzedek.

Please be on time and allow extra time for parking and walking to the Shul. The program will last until approximately 9:00 AM at which point those who wish to stay can watch the new JEM Birchas HaChama video that will be shown inside the shul.

Please be sure to purchase the Birchas HaChama pamphlet in advance or print out the text here and bring it with you.
No comments: 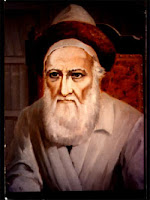 There will be a farbrengen with Rabbi Lesches this Monday night, April 6, following Maariv at 9:30 PM at K'hal Tzemach Tzedek in honor of Yud Gimmel Nissan, the Yarzeit of the third Lubavitcher Rebbe, the Tzemach Tzedek, in 1866.
No comments: 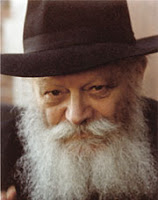 There will be a farbrengen with Rabbi Lesches this Sunday night, April 5, following Maariv at 9:30 PM at K'hal Tzemach Tzedek in honor of Yud Aleph Nissan, the day of birth of the Rebbe in 1902.
No comments:

The Department of Motor Vehicles in West Haverstraw - Rockland's only DMV office - will be closed for the foreseeable future.

Mold is being removed from the facility. It was discovered about three weeks ago when a water leak in the office above the DMV was scheduled to be fixed.

The office, which was shut down March 9, was expected to be closed for only two days, but a few days later, the DMV extended the closing for another week.

They're Not Talking, But Everyone Else Is 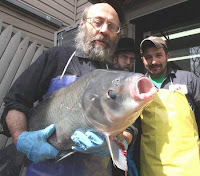 By Linda Lombroso, The Journal News

When a carp started speaking Hebrew six years ago at the New Square Fish Market, the story made headlines around the world.

The fish have since kept their mouths shut.

But the market, in the Hasidic community of New Square, remains a hot destination in the weeks before Passover: It is one of the few spots in the area that sells homemade gefilte fish and live carp directly to the public.

Most shoppers know gefilte fish as the beige forms wedged inside jars of clear jelly, sold by manufacturers like Manischewitz and Rokeach, and served as part of the traditional Passover Seder. Commercial gefilte fish is generally a blend of whitefish, pike, mullet and carp. But old-fashioned Passover gefilte fish - the kind they make at the New Square Fish Market - contains only ground carp, eggs, onion, salt and sugar.

"That's the real holy Passover fish, and it comes out delicious," says Zalmen Rosen, who's worked there since he married into the Kupperman family more than 40 years ago.

The fish market, tucked into a residential street near Route 45, does a brisk business, says David Kupperman, grandson of the founder. Year-round, the store sells 12 different kinds of gefilte fish, some sugar-free, and stocks a variety of fresh fish that Kupperman picks up every morning at the Fulton Fish Market.

But with the Passover carp, it's a different story. During the busy season, the live fish are delivered daily in a tanker truck and kept outside in a large vat of water. They range from 4 to 55 pounds in weight and are carried into the market in the arms of workers.

Many home cooks who make gefilte fish like to buy their live carp at the New Square Fish Market. But they can be a suspicious bunch.

"Some people come here and want to see it alive in the truck," says Rosen. He hesitates, blue eyes glimmering behind his glasses. "Maybe on the truck somebody gave it something to eat, some bread."

When kosher cooks buy fish that is not alive, there is always a concern about how it's been preserved, says Rabbi Moshe Elefant, chief operating officer of OU Kosher, the world's largest kosher certification agency. "In Europe, particularly, they used to preserve the fish in alcohol."

In the old days, Rosen affirms, things happened. Tricks were used. "They used to put alcohol and bread in the mouth of the fish to make it look alive," he says. Grain alcohol cannot be consumed during Passover. Bread, says Rosen, is also chametz - the Hebrew term for products that contain leavening agents - and forbidden during Passover.

At the New Square Fish Market, everything is done according to kosher practice. When live carp are turned into Passover gefilte fish, they are quickly filleted, deboned, skinned and put into a grinding machine with onions.

Every step of the process is monitored carefully, including inspection of the onions. "We look them over for bugs," says Rosen, his blue gloves dripping fish juice. "You know onions can have bugs?"

The ground carp and onions are then mixed with salt, sugar and eggs, cracked only after their shells have been rinsed with lukewarm water. The mixture is formed into loaves, cooked in a seasoned water bath and wrapped in kosher-for-Passover paper. A loaf of gefilte fish, which can serve seven people, sells for $7.75, says Kupperman. Fresh carp, which is also cut into steaks, retails for $7.49 a pound.

Although shoppers can find live carp in Chinatown, the New Square Fish Market's carp retain a certain celebrity status - especially the one that started muttering in Hebrew in 2003, saying something about the end of the world.

Rosen, who's told the story a million times, shrugs at telling it again. Then he changes his mind.

"It was a Tuesday afternoon," he says. "We had a whole box of fish. Live carp, they jump."

Suddenly, Rosen heard fish cutter Luis Nivelo yelling in the back room. "I hear this guy screaming: 'The fish is talking!' Why should I believe him?"

"I was running away," says Nivelo, who's worked there for 13 years. "It was like the devil."

When Rosen went into the room, the fish was indeed speaking Hebrew. "Before I cut it, I heard noise," he says. "I heard a voice coming out."

Nivelo still believes the fish's warnings came true. One local resident was killed in a suicide bombing in Israel, he says. Another died unexpectedly.

Rosen is suddenly tired of the talking fish. He holds up the severed head of a carp. "Makes a good soup," he says.