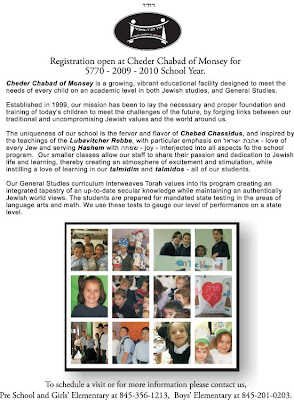 By Suzan Clarke • The Journal News

SPRING VALLEY - Two major hotel chains will be coming to the village,

a move that will likely help increase the village's diminishing tax base, spur the local economy and provide jobs to residents, Deputy Mayor Noramie Jasmin has said.

The Holiday Inn Express is fully approved to build, and the Westin Hotel is well into its application before the village's boards.

The Holiday Inn Express will occupy the space of the former Denny's restaurant at Route 59 and Pascack Road. The parcel had been approved for a Prestige Harley-Davidson motorcycle dealership, but the site was never developed.

Westin Hotels could not be reached for comment. That chain plans to build a 90-room business hotel adjacent to the Spring Valley Marketplace.
No comments:

SV Health Clinic to Open Saturdays; Clinic Had Been Focus of Complaints, Criticism.

By Suzan Clarke • The Journal News

SPRING VALLEY - The Ben Gilman Medical and Dental Center has announced plans to open for service on Saturdays.

Advocates who have long pushed for this are welcoming the news, which was announced in a Feb. 3 letter to S. Ram Nagubandi, the county's Commissioner of Human Rights.

Gilman's officials - who are religious Jews - had been unwilling to open Saturdays because that day marks the Jewish Sabbath.

The Nyack branch of the NAACP had filed a civil rights complaint seeking to compel the clinic to open on Saturdays. The National Association for the Advancement of Colored People believed the Saturday opening would be convenient for the low-income residents of the working class community.

The Gilman clinic and its sister site, Monsey Medical and Dental Center in Monsey, have in the past few years been the focus of complaints by community advocates who have criticized the way they say the reception staff has treated non-English-speaking immigrants, the undocumented and the uninsured.

The clinics' operators have denied any wrongdoing in those cases, saying any incidents were caused by miscommunication and inaccurate information provided to residents by local organizations.
No comments: