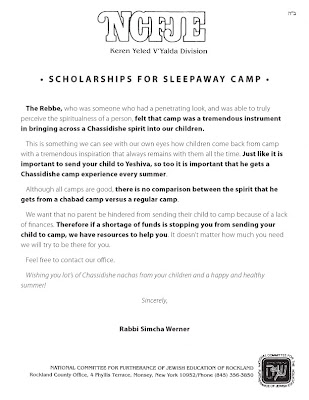 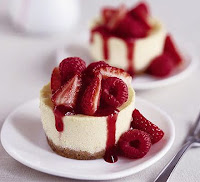 Prepare for Kabolas HaTorah with words of inspiration from Rabbi Zalmen Leib Markowitz. Enjoy a delicious Milchig buffet and take home the recipes! The event will take place on Tuesday June 3rd at 8.00 PM at the home of Shulamis Larkin, 8 Timothy Court. To have your Milchig recipe included in the booklet please email it to nachisdoll@gmail.com ASAP.
No comments:

MONSEY - Rockland residents who use Monsey Trails buses to get to New York City will face higher fares starting Sunday, but not as much as first proposed.

The company yesterday decided to raise the cost of its 40-trip booklet from $240 to $270. It had been proposing to charge $300, representing a 25 percent hike.

During the past couple of weeks, close to 50 riders contacted the company to complain that the fare increase was too steep, Monsey Trails general manager J.J. Lunger said this afternoon.

"We did listen to them and that's why we're meeting them halfway," Lunger said.

Fares on several other routes also will be going up June 1; they have not been changed.

High diesel fuel prices are the driving force behind the increase.

Monsey Trails last raised its fares in 2006, by about 4 percent.

Click here for a gallery of pictures from the regional Kinus HaShluchim that was held in New City this week.
No comments: