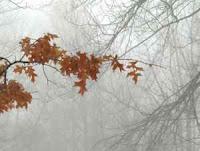 Dovid Kaplan invites you to view a large collection of his inspiring photographs on exhibit at Helen Hayes Hospital.
HOSPITAL HOSTS ART EXHIBIT
Helen Hayes Hospital in West Haverstraw is hosting an exhibit featuring the photography of Dovid Kaplan. The exhibit will be on display in the hospital Atrium from January 1 through February 29, 2008.
A native of Massachusetts, Mr. Kaplan completed his degree in Mechanical Engineering at Worcester Polytechnic Institute, after studying Architecture at Rensselaer Polytechnic Institute. He has traveled extensively, visiting exotic and unusual locations around the world, and began his journey as an amateur nature photographer attempting to share his breathtaking vistas with others through the photographic medium.

Mr. Kaplan started with a 35mm film camera given to him by his father, Lewis, and remembers doing his own black & white developing in his teens and twenties. He got his first digital camera in 1999 and has not looked back since. He thoroughly enjoys the digital ability of viewing a captured photographic moment instantaneously on the digital camera screen and then the gratification of being able to print the image on the same day.

Mr. Kaplan has always been inspired by the essence of g-dliness as seen in nature from the days of playing hide and go seek in the New England woods near his home in Worcester, from the pristine wilderness of South-Eastern Alaska as seen from fishing boats, and from the Far East as a Peace Corps volunteer, to his pre-stroke camping trips and hikes in the various New York State Parks.

Mr. Kaplan has been a stroke survivor since August 2003, was a patient at Helen Hayes Hospital and takes advantage of his new lease on life by continuing his pursuit of capturing nature in its simple pureness with family or friends assisting him with his otherly ableness.

The exhibit at the physical rehabilitation hospital is open to the public on a daily basis and is free of charge. For additional information, call the Public Relations office at 786-4225.