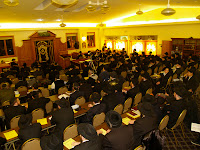 A large crowd of men and women gathered at K’hal Tzemach Tzedek Lubavitch of Monsey on Tuesday night in memory of the Shluchim Rabbi and Rebbetzin Gavriel and Rivki Holtzberg H”YD and the other Kedoshim who perished in Mumbai, India.

The evening, which was emceed by shul President Yisroel Schulman, began with the recitation of Tehillim led by the Director of Cheder Chabad of Monsey, Rabbi Yisroel Shusterman. Rabbi Simcha Werner, Director of NCFJE of Rockland, followed with opening remarks.

Reb Yeruchem Cohen, a businessman who has been to the Holtzbergs’ on numerous occasions, shared some personal experiences he had with the Shluchim and of the deep respect that he had for them. He told of the time an Israeli mother contacted Rabbi Holtzberg to track down her son who was lying sick in a hospital in India. After hours of calling hospital after hospital Gavriel finally tracked him down to a hospital in a small village a few hours away from Mumbai. Gavriel immediately traveled to the hospital where he found the Israeli shivering on the floor in a corner without even a blanket covering him. Gavriel grabbed him, put him in a car and brought him to Mumbai, where using his connections, he was able to get him into the best hospital in the city. There it was determined that the Israeli had a severe life threatening illness for which it would take weeks to recover. Gavriel literally saved his life! Reb Yeruchem pointed out this was only one instance of thousands of how Gavriel and Rivki helped Yidden.

The crowd then watched the moving new video by JEM after which a few niggunim were sung. This was followed by Divrei Chizuk by Rav Boruch D. Lesches, the Rav of the Kehilla. The evening concluded with Rabbi Zalmen Leib Markowitz encouraging all to increase in learning, davening and mivtzoim as per the Rebbe’s directives following other tragedies.

A video of the evening will be posted shortly. Thanks to Zevi Schulman for the pictures. 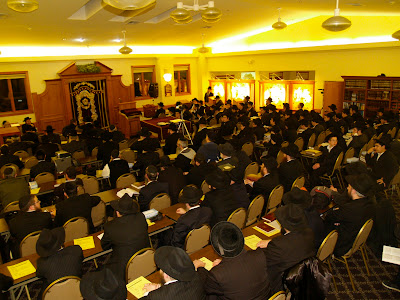 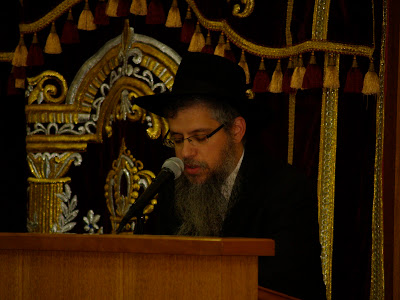 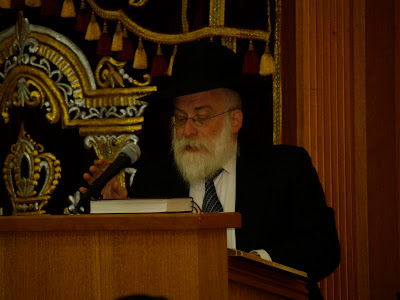 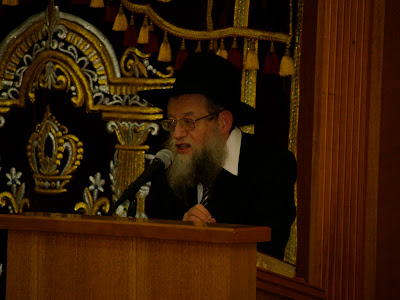 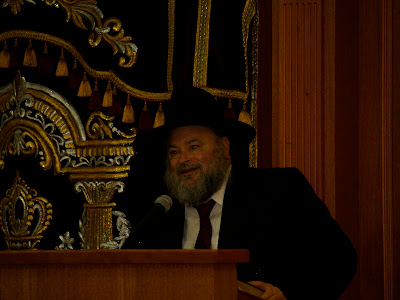 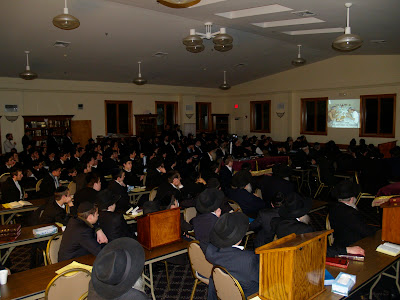 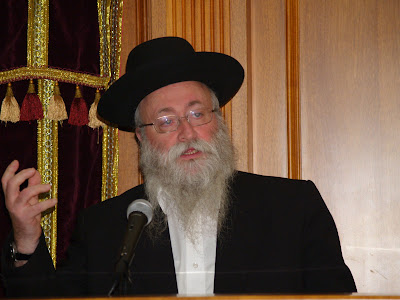 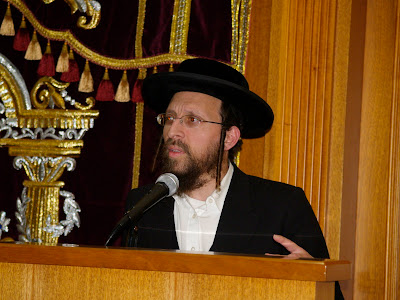